The Federal Reserve to enact first rate hike since 2018 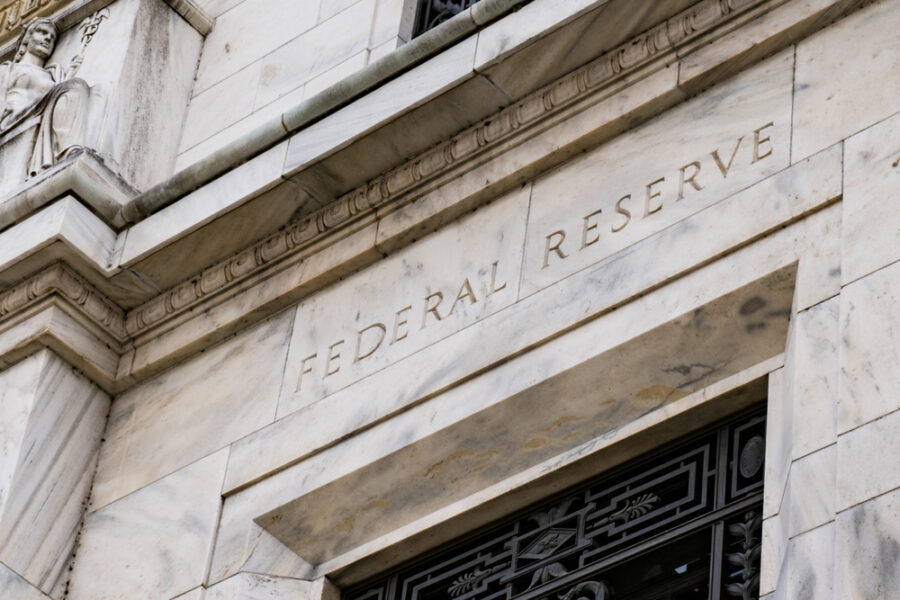 The main event for investors this week is the monetary decision expected from the Federal Reserve and its interest rate-setting committee, or the Open Financial Markets Committee, next Wednesday afternoon.

During their meeting, officials are expected to raise the target range for the central bank’s benchmark interest rate by a quarter of a percentage point.

It is the first time since 2018, that the Federal Reserve has moved towards raising interest rates due to inflation deviating from the target estimated for more than 10 years at 2%.

Inflation in the US today is nearing 8 percent, which is at its highest level in 40 years and is likely to peak very close to 10 percent or higher.

All these facts narrow the options for the US Central Bank,

despite the developments of the Russian-Ukrainian war and its global economic repercussions.

It simply can no longer delay increasing interest rates, with multiple hikes expected to take place this year.

This was clearly indicated by Federal Reserve Chairman Jerome Powell when he warned that the war could increase inflation and cause households to cut back on spending but noted that the conflict did not alter the central bank’s thinking about interest rates.

The components of the inflation index were included in the “Putin factor”, as described by the economic advisor of the “Allianz” group, in connection with the turmoil caused by Russia’s war in the prices of goods, supply chains, and shipments.

Before the Russian-Ukrainian war, investors were expecting the Federal Reserve to raise interest rates by half a percentage point, but these expectations were halted and not canceled. They expect an increase of a quarter of a percentage point.

The Federal Reserve also intends to reduce its balance sheet, which amounts to about $9 trillion later this year, after stopping the bond-buying program this month, which was aimed at providing support to the economy during the outbreak of the Corona epidemic.

Investment bank “Goldman Sachs” feared, in a report released a few days ago, an inflationary stagnation in the US. It expected the country’s GDP to grow at a rate of 2.9 percent this year, not 3.1 percent as was previously expected, which raises the risk of recession to between 20 percent and 35 percent.

It pointed out that the “biggest danger” to the US economy resulting from Russia’s war on Ukraine remains the rise in commodity prices, and expected prices in the near term to push disposable income down by an average of 0.7 percent.

Goldman Sachs saw that this decline in income is likely to force families, especially low-income families, to spend a greater share of income on food and gas, which burdens overall consumer spending.

Central banks around the world

“Bloomberg” reported that central banks around the world will present this week the largest collective assessment of the global economy, as decisions issued will range between tightening and leniency in monetary policy.

Monetary policy officials in 8 member countries of the G-20 are scheduled to hold a meeting, where they will likely highlight the imminent increase in the interest rate of the US Federal Reserve Bank.

This comes after a surprise decision by the European Central Bank last week to speed up the process of reducing fiscal stimulus programs.

In details, the first meeting of the People’s Bank of China will be on Tuesday. Analysts are watching with interest whether the key interest rate will be cut for the second time this year.

In Brazil, expectations indicate that the central bank will increase the interest rate after the Federal Reserve’s decision for the ninth time in a row, to reach 11.75 percent.

The interest rate there was 2 percent a year ago.

The focus on Thursday turns to the Central Bank of Indonesia which is expected to keep interest rates unchanged.

In Turkey, the central bank is likely to keep the interest rate at 14 percent.

In England, it appears that the Bank of England will return the interest rate to its pre-Covid levels, the first major central bank to take such an important step.

Expectations are that the Bank of Japan will keep all conditions unchanged on Friday, and will stick to the conditions that domestic price growth remains very weak.

In Russia, the weekend will see th first regular meeting of the Central Bank of Russia to discuss interest rates since the invasion of Ukraine, a war that resulted in the imposition of strict sanctions and restrictions on a huge part of the bank’s foreign exchange reserves, which exceed $640 billion.

According to “Bloomberg”, there is a justification for officials to maintain monetary conditions without adjustment and to remain in a state of keeping watch over developments, after essentially doubling the interest rate to 20 percent on February 28.