Bitcoin registers largest quarterly loss in over a decade 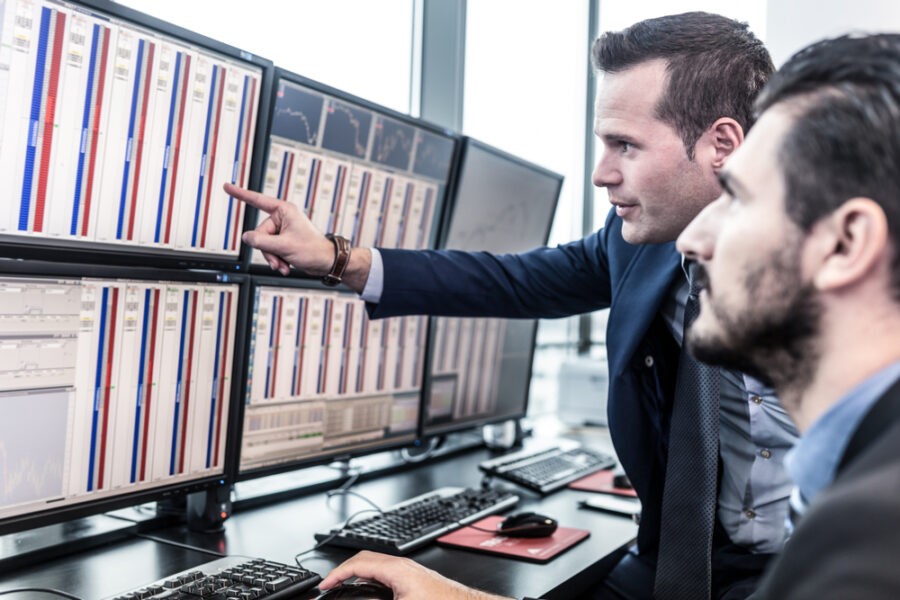 According to the Arab Federation of Capital Markets, over the previous week, concern over a slowing US economy and aggressive interest rate hikes from the Federal Reserve has continued to dominate market sentiment when Fed Chairman Jerome Powell on Wednesday said that policymakers would not allow inflation to take hold of the U.S. economy over the longer term, as such 10-year US Treasury yield recorded its lowest level since May. In parallel, oil prices rose on Friday after falling by 3%, as supply outages outweighed expectations that an economic slowdown could dent demand, while gold prices edged lower over the week, as an elevated US dollar hurt demand for greenback-priced bullion and also outweighed support from weakening US Treasury yields.

U.S. Treasury yields moved lower on Thursday after key inflation data came in slightly cooler than expected. In fact, the core personal consumption expenditures price index, the Fed’s preferred inflation measure, rose 4.7% in May, the Commerce Department reported Thursday. That’s 0.2 percentage points less than the month before, but still around levels last seen in the 1980s. The index was expected to show a year-over-year increase of 4.8% for May, according to Dow Jones. In addition, U.S. Treasury yields fell again on Friday as recession fears and disappointing economic data left investors looking for safety with the Chicago PMI, which tracks business activity in the region, coming in at 56, slightly below a Street Account estimate of 58.3. As such, the yield on the benchmark 10-year Treasury note traded lower by 8 basis points at 2.889%, near its lowest level since late May.

In parallel, The US dollar was on track for its best week in four as investors weighed the boost from tighter Federal Reserve policy and the risks of a U.S. recession, remaining in demand as a safe haven due to worries about slowing global growth while a U.S. holiday is likely to limit volatility. As such, the dollar index, which measures the currency against six counterparts, inched up to above 105 and tested the resistance at 105.50, to gain strong momentum after the release of the flash readings of Euro Area inflation reports, as Euro Area Inflation Rate increased by a yearly 8.6% in June, its highest level since the creation of the euro. The European Central Bank is expected to raise interest rates this month for the first time in a decade, although economists are divided on the magnitude of any hike. As such, the euro slipped to $1.043 on Friday. In parallel, the yen was flat during the week, with one dollar buying 135.2 of the Japanese currency, while the Sterling dropped to $1.209, a weekly drop of 1.4%.

Stock markets made a shaky performance over the week, as investors grow increasingly nervous about the global economic outlook. MSCI’s broadest index of Asia-Pacific shares outside Japan was flat, with trade thinned by a holiday in Hong Kong. Japan’s Nikkei slipped by 2.1%. It is worth mentioning that Wall Street’s first-half performance of 2022 has been not up to the mark and has never been seen since the 1970s. S&P 500 and Nasdaq 100 were down by almost 19.6% and 29.0% respectively over the first half of the year, while Dow Jones went down by 14.4%, while treasury market has taken such a beating in the past six months that Deutsche Bank estimates the performance is the poorest in more than two centuries.

Oil prices declined between Wednesday and Thursday to below $110 per barrel, with tight supply worries not enough to outweigh concerns about a weaker global economy, before picking up in early trade on Friday, as OPEC+ said it would stick to its planned oil output hikes in August and investors worried about the strength of the global economy and as supply outages in Libya and expected shutdowns in Norway outweighed expectations that an economic slowdown could dent demand. As such, Brent crude futures were up at $111.7 a barrel, while West Texas Intermediate crude (WTI) gained to $108.6 a barrel.

On another note, natural gas futures tumbled on Thursday as a larger-than-expected storage injection and an update regarding the Freeport liquefied natural gas (LNG) outage sent prices tumbling to levels not seen in months. In details, U.S. natural gas futures plunged about 17% on Thursday to a three-month low as the shutdown of Freeport LNG’s liquefied natural gas (LNG) export plant in Texas allowed utilities to stockpile more fuel than expected even as hotter weather had generators burning more gas to keep air conditioners humming. The market extended earlier storage-related losses of around 9% after U.S. pipeline safety regulators said they found unsafe conditions at Freeport and that they will not allow the plant to restart until an outside analysis is complete.

Gold prices edged lower on Friday, and were on track for a third straight weekly decline, as aggressive monetary policies from top central banks and an elevated U.S. dollar kept investors away from greenback-priced bullion. Spot gold was down to $1,804 per ounce on Friday, after hitting an over six-week low of $1,801.5 in the previous session. Gold prices, coming off their worst quarter since early 2021, have lost about 1.6% this week. Spot silver has dropped about 6.9% this week, its most since mid-May. Platinum faces a fourth consecutive weekly fall while Palladium has gained about 3.0% this week.

In cryptocurrencies, Bitcoin posted over the week its worst quarterly loss in more than a decade. The world’s largest cryptocurrency has lost around 58% of its value in the second quarter of 2022, from $45,524 at the start of to below $19,000 on Friday, a near 8% drop over the last week and the worst quarterly performance for bitcoin since the third quarter of 2011 when it lost 68.2% of its value. Ethereum experienced a big drop too, falling to nearly $1,000, while several expectations said the prices would likely fall again despite some upward trends, as pressure continues to mount from macroeconomic uncertainty and a liquidity crisis among crypto firms.