Digital banking has become a way of life for consumers

In recent years, the GCC has succeeded in positioning itself on the map as a rising hub for fintech. New fintech hubs have emerged across the region, helping fund small businesses, and proving increasing access to the public (via apps).

This comes at a time when the digital banking market is accelerating globally. Digital technology has brought about radical and fundamental transformations in societies and economies around the world in the last two decades.

Following the Coronavirus outbreak in early 2020, digital transformation emerged as a lifeline. The vital role that digital technologies play in our daily lives is today more important than ever, and digital capabilities and skills are essential to ensure the resilience and sustainability of economic growth.

According to data from the Union of Arab Banks, the digital economy in the Arab region accounts for only about 4 percent of GDP. It varies from region to region, with the GCC leading in many ICT indicators, enjoying advanced levels in comparison to other developed countries. It also ranks first among Arab countries with 43 percent of companies using fintech.

The Union of Arab Banks believes that Arab countries have a set of unique characteristics that provide them with the opportunity to become role models and examples of how to use digital transformation to meet the most pressing challenges, epically with young people accounting for about 60 percent of their total population.

The traditional banking industry has undergone a large-scale transformation, supported by the advent of digital technologies. Traditional banks have been working to keep pace with the development as digital banking makes its foray into the market, with larger proportions of customers who are more likely to get their banking needs online without needing banking branches.

Across the GCC, digital banking has become a way of life for consumers.

Previously, fintech was seen as a competitor to the established financial system, but the coronavirus pandemic has changed the business environment and encouraged the combination of banks and fintech companies to accelerate digital payments.

With increased internet access and smartphone penetration across the GCC, traditional banks have been building their digital infrastructure and offering some of their services online, first on their websites, and then through apps. This did not last long as the arrival of fintech startups brought technological innovation, paving the way for new services that meet the needs of customers.

ADQ Holding Company, Alpha Dhabi, Etisalat Group, and First Abu Dhabi Bank have also launched the Wio platform with an invested capital of up to AED 2 billion and 300 million. It is the first integrated financial platform in the region built to deliver solutions in three key sectors namely digital banking applications, blended finance, and banking as a service.

In Saudi Arabia, the Saudi Cabinet approved the licensing of digital bankers in the Kingdom with a total capital of $1.06 billion, bringing the number of digital banks to three.

In Kuwait, NBK launched the first digital bank under the name Weyay.

The first digital bank to open in the Middle East was in Bahrain in 2018. 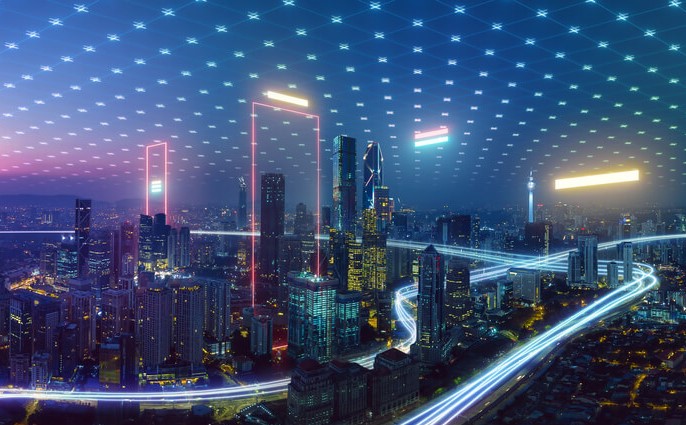 Challenger Banks are known as Fintech companies that have their own banking licenses, which means they can provide traditional banking services in a flexible manner and are a direct competitor to conventional banks.

“Neobanks” are digital banks only and do not have any existing branches. They communicate with customers via mobile apps and digital platforms that are more user-friendly and their services are free.

A less common type is known as “Beta banks”, which are usually affiliated with existing commercial banks and provide financial services through the license of the parent company. These banks are emerging as a way to join new markets and provide limited services, but to a wider consumer base.

The final type of d is known as “nonbanks”. These are financial institutions that are not considered full-scale banks because they do not provide lending and depository services at the same time. These types can offer credit cards or lending services on the condition that they cannot accept deposits.

Boston Consulting Group said in a report that Neobanks will represent a market size of more than $2 trillion globally by 2030, and that it will grow at a compound annual rate of 53.4 percent as users increasingly demand easily accessible financial services.

Regulatory changes, along with the comprehensive adoption of the Internet and smart technology, will drive the growth of the sector.

Bhavya Kumar, managing director and partner at Boston Group, predicted that the GCC fintech sector would be worth $3.45 billion by 2026 “as a direct result of booming growth rates for digital payments and digital transfers.”

More than half of the GCC population is under the age of thirty. The region also has one of the highest rates of connectivity in the world, with more than 90 percent of its population connected to the Internet, far exceeding the global average of 51.4 percent, according to the report.

About two-thirds of the GCC population is expected to have 5G connections by 2026.

This combination makes the region poised for fintech and neobanks to accelerate their growth.

The IMF says in a paper that digital banks are gaining increasing systemic importance in their domestic markets. But it cautions that Neobanks are more exposed than their traditional counterparts to the risks arising from consumer lending, which usually has less protection against losses because it is often without collateral.

Its exposure extends to incurring a higher level of risk in a portfolio of securities, as well as higher liquidity risks (particularly since liquid assets as a proportion of digital bank deposits are often lower than those of conventional banks).

The IMF believes policies are needed that target both fintech companies and traditional banks in a proportionate manner. In this manner, opportunities offered by fintech are enhanced, while also having the capacity to absorb risks associated with them. For digital banks, this means strengthening capital, liquidity, and risk management requirements in proportion to fintech risks. For existing banks and other established entities, there may be a need to increase the focus and keep a watchful eye on the safety of less technologically advanced banks, as their existing business models may be less sustainable in the long run, according to the IMF.

In addition, the problem of cyber danger prevails. Cyberattacks can lead to disruptions in operation and result in financial losses and systemic risks, which may become a constraint unless cybersecurity frameworks are strengthened.

Despite all these challenges, we can confidently say: “The future of banking is digital.”