A fifth and final vote for Conservative MPs will be held today, Wednesday 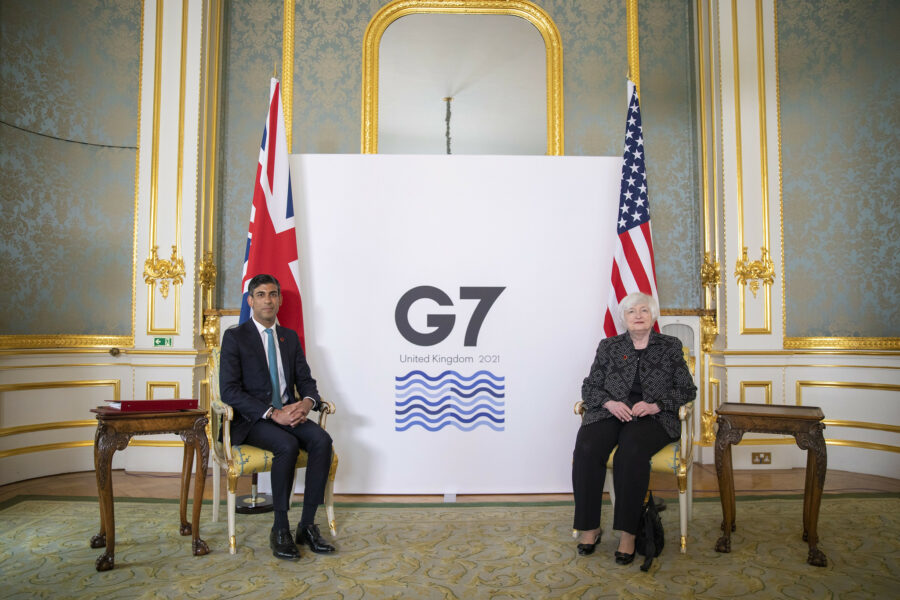 Sunak with his US counterpart janet Yellen

UK June CPI inflation came in at 9.4 percent – in line with median expectations, up from 9.1 percent, and a new four-decade high.

This means that with inflation expected to rise by the Bank of England to about 11 percent, this will fuel talk of the next interest rate hike by 50 basis points and more measures…and strikes.

It is the latest news today about Britain, which is burning at a temperature of more than forty degrees for the first time in its history as a result of climate change, and is also suffering economically.

Meanwhile, former British finance minister Rishi Sunak is still the leader in the race to succeed Boris Johnson in Downing Street, with 118 votes in a new vote held on Tuesday by Conservative Party MPs.

And Secretary of State for Foreign Trade Penny Mordaunt remained in second place after a fourth round of voting, with 92 votes. “We are approaching the finish line. I am excited and excited to continue (the race)… and win,” Penny said in a statement.

She was followed by Secretary of State Liz Truss (86 votes), according to the results announced by the official responsible for organizing the internal ballot, Graham Brady.

Former Minister of State for Equality Kimi Badenok, who represents the right wing of the party, was excluded from the race, after receiving only 59 votes.

All this follows the internal vote in the Conservative Party, Boris Johnson’s 7th of July announcement of his resignation from the premiership, after a wave of resignations within his government resulting from a series of scandals that came to light.

Note that the current race took a bad turn, with competitors exchanging barbs and bickering over records in their political history.

A fifth and final vote for Conservative MPs will be held today, Wednesday, to limit the competition between two final candidates, between whom the 200,000 party affiliates will choose a leader through mail ballot, with the result to be announced on the fifth of September.

And unlike in 2019 when Johnson was clearly the front-runner, this time around, the outcome is hard to predict. Opinion polls among Conservative Party members indicate that Sunak will lose to whomever is chosen to confront him.

At this time, official data showed that the unemployment rate in Britain remained stable during the three months until the end of last May, with an increase in employment, which indicates a continuing shortage of workers in the British labor market.