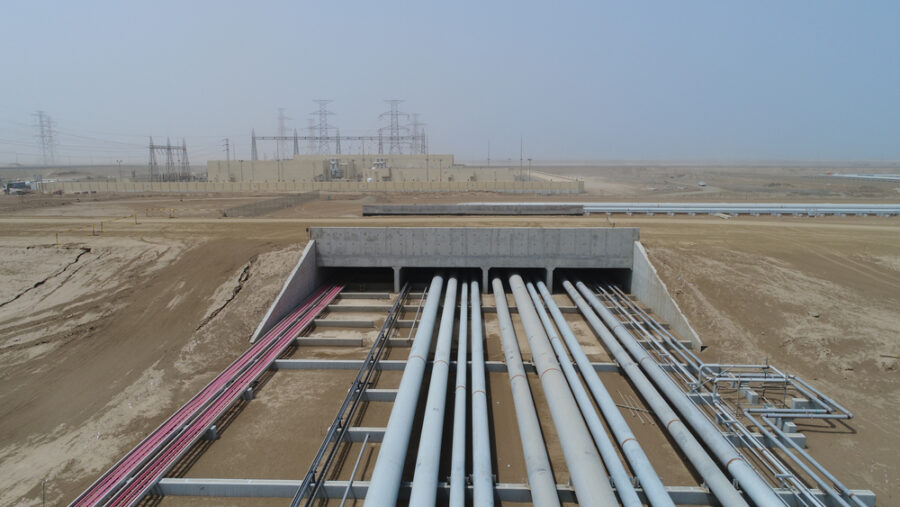 The winning consortium of the Saudi Aramco gas pipeline deal has reached an agreement with 19 banks to provide transit financing worth $13.4 billion to finance the deal, valued at about $15.5 billion.

Gulf banks such as Riyad Bank, First Abu Dhabi Bank, and Abu Dhabi Commercial Bank participated in the financing process, in addition to 3 Chinese banks, namely the Agricultural Bank of China, the Bank of China, and the China Construction Bank, according to sources telling Al Arabiya.net. The media added that the pricing of the 7-year term financing will start at 50 basis points and will increase annually to reach 175 basis points by the end of the financing period.

And earlier last month, Aramco announced the completion of the deal, in which a consortium of investors led by BlackRock will acquire a 49 percent stake in Aramco’s gas supply company, Aramco, which it still holds, with a controlling stake.

A banking source familiar with the progress of the financing process said that the credit facility that the banks will provide will be provided, even partially, through the issuance of long-term bonds, similar to what happened in the oil pipeline deal, during which the winning coalition led by “EFG” collected about 2.5 billion dollars from issuing bonds.

The source added, “Despite the difficult conditions faced by the bonds for the oil pipeline deal, the winning coalition in the gas pipeline deal takes into account the use of the same mechanism while searching for better financing conditions in the bond market.”