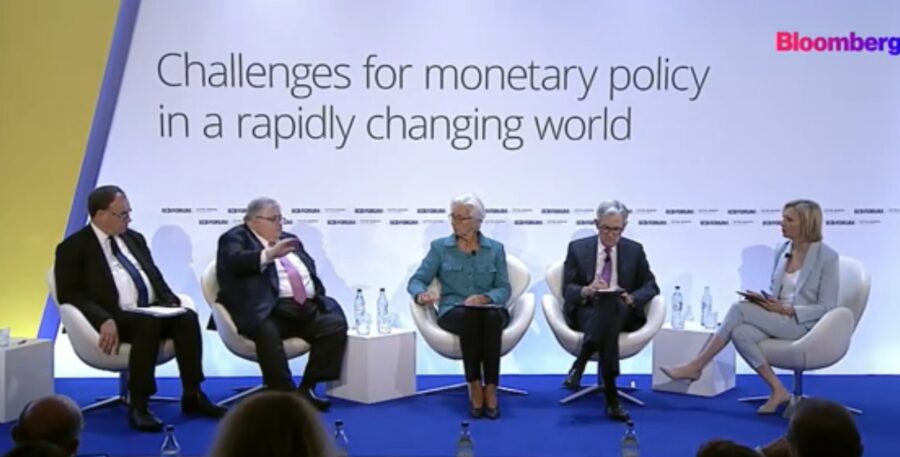 The heads of major central banks have stressed that lowering inflation around the world will be painful and may destroy growth, but it must be done quickly to prevent rapid price growth from becoming entrenched.

Inflation around the world has reached its highest levels in decades due to jumps in energy prices and bottlenecks in supply chains after the pandemic.

“It is very likely that the process will involve some pain, but the worst pain will come from the failure to address this high inflation and allow it to become permanent,” Fed Chairman Jerome Powell said.

Powell indicated that the design of tightening monetary policy to avoid a recession in the United States is “certainly possible,” adding that the path is narrow and that there are no guarantees of success.

Augustin Carstens, director general of the Bank for International Settlements, an umbrella group for central banks, said policymakers had taken the first step in recognizing they had a problem.

He added that their task now is to tighten monetary policy while the risks escalate.

In turn, the Governor of the Bank of England, Andrew Bailey, said that the British Central Bank is ready for further increases in interest rates if high inflation continues.

But he cautioned that the British economy is now clearly taking a turn and starting to slow.

In the same context, the agency “Standard & Poor’s” announced that the biggest challenge for major central banks in the world is to rein in inflation expectations without causing a recession.

“The balance of risks is clearly heading to the downside with the rising prospects of a recession, especially in the United States, and the overall effects of the Russia-Ukrainian conflict,” S&P said in a statement.

“Economic momentum is likely to protect the US economy from recession in 2022. But the weight of very high prices is hurting purchasing power, and as Federal Reserve policy increases borrowing costs, it is difficult to see the economy emerge from 2023 unscathed,” the statement added.

So far, the Federal Reserve has done a total of 150 basis points of rate hikes since March in order to tame 40 years of high inflation that rose to 8.6 percent in May on an annual basis.

It is widely expected to make another 75 basis point (bp) rate hike next month.

In Europe, inflation is also hovering at record levels, while the European Central Bank is expected to raise interest rates by 25bp in July, followed by at least another hike of that amount in September.

However, the bigger problem is whether the strong monetary tightening of central banks can cause a recession in their domestic economies and in the global economy as a whole.

“Growth has already begun to slow across a wide range of economies. Despite a strong and upbeat start to the year, this slowdown became inevitable once it became clear that central banks needed to raise interest rates sooner and faster to control inflation,” S&P said.