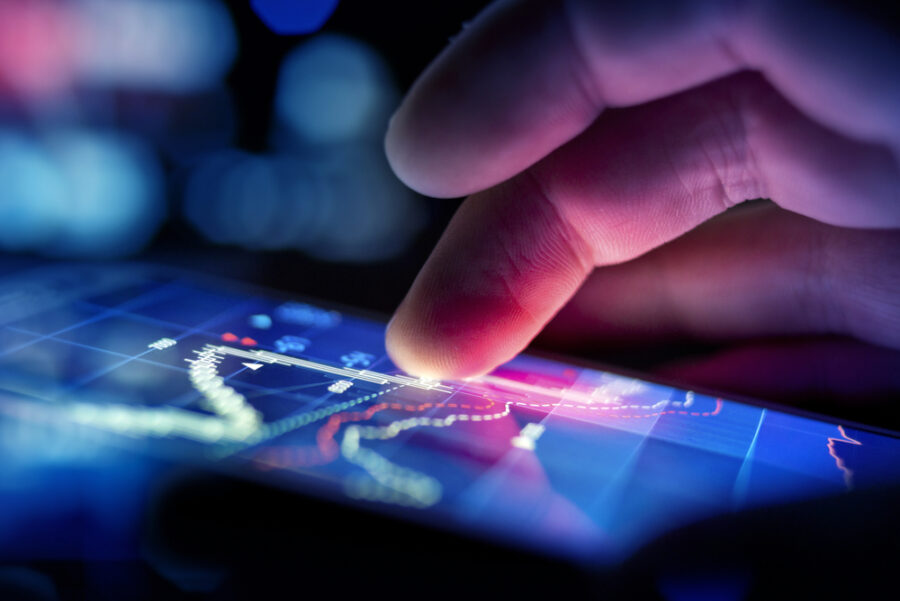 According to the Arab Federation of Capital Markets, over the previous week, the US dollar and Treasury yields remained elevated after multiple Federal Reserve officials suggesting additional rate hikes amid a still-strong crucial US jobs report. As such, global stock markets slipped on Wednesday, ending the strongest two-day rally since 2020. In parallel, OPEC+ agreed on Wednesday to impose deep output cuts, seeking to shoot a recovery in oil prices despite US pressure to pump more, as such, oil prices touched $99 per barrel, the highest level since end-August. In parallel, commodity markets followed a positive course last week despite growing concerns over inflation and global recession thanks to an eased perception of risk to some extent.

US Treasury yields rose since Tuesday after the September jobs report showed that the US jobs market had remained relatively strong. As such, the benchmark 10-year Treasury has seen a volatile couple of weeks, falling below 3.6% briefly earlier in the week after surpassing the 4% mark last week, to touch 3.9% on Friday, while the yield on the policy-sensitive 2-year Treasury rose to 4.31%. in fact, this rise in yields came along series of data from ADP payroll data, the weekly initial jobless claims to the unemployment and non-farms payroll numbers for September, showing clearly that the labor market remains robust along with sustained stress on the Fed to stay hawkish, with Chicago Fed President Charles Evans saying the Fed expects to hike interest rates by another 125 points across their next two meetings as central bankers continued to be concerned about inflation.

In detail, the September jobs report from the Bureau of Labor Statistics showed total non-farm payroll employment rose by 263,000, a slowdown from the 315,000 rise reported in August, but still, a healthy number that was roughly in line with economists’ estimates, the weakest since April 2021 but not enough to prevent the Federal Reserve from at least one more aggressive interest rate hike. The unemployment rate was 3.5% versus the forecast of 3.7%. In parallel, an unexpected fall in job openings in August to the lowest level in more than a year, announced on Tuesday, led investors to believe the US labor gap may be starting to close. The growing gap that reflected higher demand for workers than workers available, was one of the key drivers of rising inflation as it drove up salaries.

The US dollar index was up by 0.6% at 112.8 and away from a low of 110.0, hit earlier in the week. In fact, the strong US dollar was buoyed by hawkish Federal Reserve speakers and as investors digested still solid jobs data that will keep the world’s biggest central bank on its aggressive tightening path to tame inflation. The rising greenback pushed the pound and the euro off their intra-week highs. Sterling was down by 0.7% to $ 1.109, away from a high of $ 1.149 hit earlier in the week after the U.K. government’s reversal of its planned cut to the highest rate of income tax. The euro traded 0.6% lower at $ 0.974. Within this context, economists at Credit Suisse expected the US Dollar index to see a final push stronger toward the 121.0 high of 2001 in the fourth quarter of the year.

In parallel, global equity markets declined over the last three days of the week, as investors were worried about recession risks amid signs of further aggressive central bank policy tightening and a still-strong U.S jobs market. In fact, the major indexes managed to record a rally on Monday and Tuesday, but Friday’s jobs report may have relatively ruined such gains, yet managed to close the week on a positive note. As such, the S&P 500 ended 1.5% higher, the Dow Jones Industrial Average ended 2.0% and the Nasdaq gained 0.6% on a weekly basis. Asian stocks fell sharply by the end of the week, with Chinese chipmakers leading declines on new US trade curbs, while the sentiment towards China was also worsened by data over the weekend showing the country’s services sector unexpectedly shrank in September, amid continued COVID-related disruptions.

Oil prices rose by 15% over the week, reaching a three-week high after OPEC+ agreed to tighten global supply with a deal to cut production targets by 2 million barrels per day (bpd), its largest reduction since 2020 and ahead of a European Union embargo on Russian oil. As such, Brent crude futures rose to $98.5 a barrel while WTI rose to $93.5 a barrel. In parallel, Morgan Stanley’s head commodities strategist Martijn Rats, warned that there were three factors that would slash energy supplies from the market and push prices even higher.  First, OPEC’s recent announcement of a production cut. Second, the US Strategic Petroleum Reserve releases are winding down,  with the excess supply the US has brought to the market since April set to dry up this month. Third, the heightened chances of disruptions to Russian supplies, as Russian oil exports have been falling ahead of the European Union ban on Russian oil.

Natural gas prices dropped on Monday to the lowest level in three months as weather forecasts pointed to milder-than-expected autumn. Natural gas prices at the Dutch TTF hub, Europe’s benchmark, were down by nearly 8% in early trade in Amsterdam on Monday. Prices hit an intra-day low of $140 per megawatt-hour (MWh), the lowest European benchmark gas price since July 1. In fact, strong imports of liquefied natural gas (LNG) into Europe and milder weather over the next week or two are the two key reasons for the dip in gas prices at the beginning of this week. In parallel, higher nuclear power generation from France compared to the previous months is also helping electricity supply across the continent, thus curbing some gas demand for power. It is worth mentioning that gas storage in the EU is now at more than 90%, as per the European Commission which stated also that the region is already reducing gas consumption by about 10% but more can still be done.

Gold prices held relatively steady over the week, yet recorded their biggest weekly gain since March. Spot gold closed the week at $1,709.3 per ounce with prices rising about 2.2% on a weekly basis, helped by a retreat in the US dollar and Treasury yields from multi-year peaks mainly between Monday and Wednesday, and fueled by weaker-than-expected US manufacturing data, which unexpectedly fell to 50.9 in September, the lowest since May 2020. As such, demand for safe assets was boosted, pushing spot silver up by 6.4% during the week to $20.3 per ounce, platinum rose by 7.1% to $ 917.9 and palladium ticked up by 1.0% to $2,191.3. It is worth mentioning that commodity markets followed a positive course last week despite growing concerns over inflation and global recession thanks to an eased perception of risk to some extent after the IMF chief Kristalina Georgieva warned that hawkish policies from advanced economies’ central banks could damage the global economy.

Cryptocurrency prices were stable despite relative volatility in performance last week, with Bitcoin, the world’s largest and most popular cryptocurrency, trading almost flat at $19,551, up by a tiny 0.6% on a weekly basis, despite exceeding the $20,000 level on Tuesday, posting its biggest two-day increase in about a month. In parallel, Ether, the coin linked to the Ethereum blockchain and the second-largest cryptocurrency, was stable at $1,331. On another note, bankrupt cryptocurrency lender Celsius Network has set dates for the auction of its assets with a final bid deadline of October 17, with an auction if necessary on October 20. In fact, Celsius has been one of the most high-profile casualties of this year’s crypto-market collapse.