Investors expect interest rates to rise above 5% next year 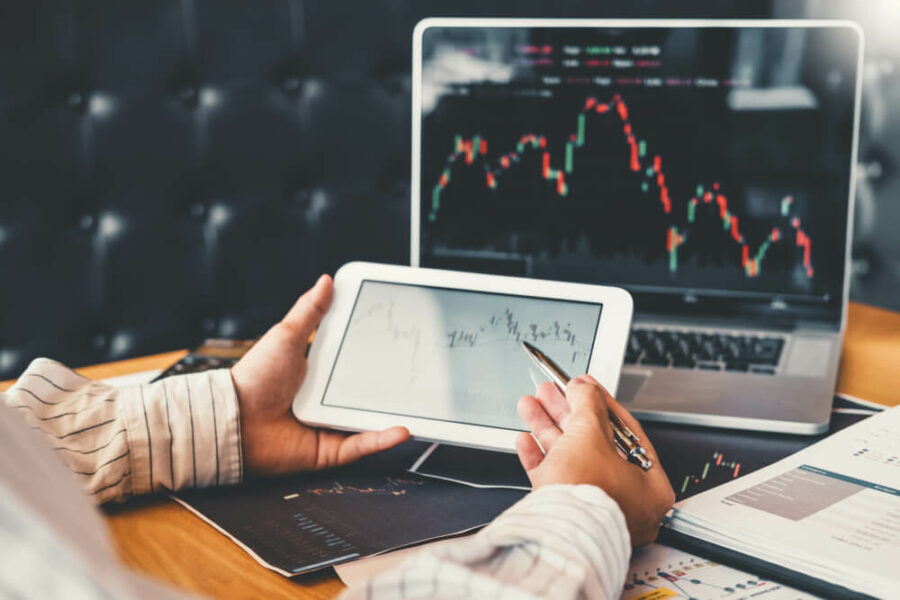 According to the Arab Federation of Capital Markets, over the previous week, global stocks have been distressed since comments from Fed Chair Jerome Powell on Wednesday that it was “very premature” to be thinking about pausing its rate hikes, putting a cap on any lingering investor hopes of a near term change in Fed policy. In parallel, oil prices jumped during the week on hopes that China could ease its strict zero-Covid stance in the coming months, while the US and its allies reached a new milestone in their plans to put a price cap on Russian oil, while natural gas prices were supported by estimates of lower nuclear power output in France and forecasts of upcoming colder weather. On another hand, gold prices edged higher on Friday to above $1,675 per ounce after the dollar took a breath.

On Wednesday, the yield on the 10-year Treasury traded 3 basis points higher at 4.086% after falling below 4% earlier. The policy-sensitive 2-year Treasury yield traded 7 basis points higher at 4.613%, as traders tried to interpret the Federal Reserve’s message on its tightening path after the central bank approved another big rate hike. In parallel, Treasury yields were mixed on Friday after government data showed US payrolls increasing more than expected last month, but a slower pace of job growth spurred market hopes the Federal Reserve could downsize its interest rate hikes in December. As such, the 2-year Treasury note yield rose to 4.883%, its highest level since July 2007, but pulled back to last trade roughly 4 basis points lower at 4.663%, yet since the start of the week, it surged by 25 basis points.

In details, the Fed approved on Wednesday a fourth consecutive three-quarter point interest rate increase, taking its borrowing rate to a target range of 3.75%-4%, the highest level since January 2008. However, uncertainty remained regarding the Fed’s future policy path, after Chairman Jerome Powell suggested no plans of a pause in hikes any time soon, but also said the central bank would take the economic impact of their policy decisions into account, while he expects a discussion at the next meeting or two about slowing the pace of tightening. In parallel, October’s jobs report painted a mixed picture of the labor market. In fact, US nonfarm payrolls surged by 261,000, according to data from the Bureau of Labor Statistics, much higher than the 205,000 add that economists expected. At the same time, the unemployment rate ticked up slightly to 3.7% from 3.5% a month earlier.

The US Dollar index, which tracks the greenback vs. a basket of its main currencies, retreated markedly and drops below 111.00 on Friday, after surging and touching a roughly two-week high of 113.2 earlier, on the back of the renewed and intense appetite for the risk complex on Friday. In parallel, Sterling edged up on Friday, after sliding to below 1.12% overnight. It headed for a weekly loss of nearly 2%, almost the largest since September’s market turmoil triggered by an economic plan that alarmed investors. While the BoE raised interest rates by the most since 1989 on Thursday, it warned investors that the risk of Britain’s longest recession in at least a century means borrowing costs are likely to rise less than they expect. Elsewhere, the Japanese yen dropped by a marginal weekly 0.6% to 146.6 per dollar, while the euro stagnated at 0.996 per US Dollar.

In parallel, US stocks closed lower for a fourth consecutive session on Thursday as economic data did little to change expectations the Federal Reserve would continue raising interest rates for longer than previously thought, as investors priced in the prospect of the Federal Reserve taking interest rates above 5% next year. As such, the Dow Jones Industrial Average fell by 1.4% to 32,403, the S&P 500 lost 3.3%, to 3,771 and the Nasdaq Composite dropped by 6.6% to 10,857. Asian equities rose on Friday, boosted by Hong Kong and China stocks, fed by hopes that the Chinese government would ease its COVID curbs and also reverse its Zero COVID strategy. The Hang Seng Index of the Hong Kong Stock Exchange surged by 5.4% on Friday from the previous close to finish trading at 16,161. As such, MSCI’s broadest index of Asia-Pacific shares outside Japan rose by 3.4% higher on a weekly basis.

Oil prices surged to two-month highs on Friday over optimism that China will ease its Covid-19 restrictions, as the news of a potential reopening of the world’s largest economy raised demand expectations, while the Group of Seven advanced economies agreeing to set a price cap on Russian crude. As such, Brent settled 5.1% higher on a weekly to close at $98.6 a barrel, while West Texas Intermediate, the gauge that tracks US crude, closed up by 5.4% at $92.6 a barrel. It is worth mentioning that the G7 nations will finalize the implementation of the price cap on seaborne Russian oil in the coming weeks, the group said in a statement on Friday. They will continue to encourage oil-producing countries to increase production, which will decrease volatility in energy markets. However, the statement did not reveal how the cap will be implemented. In parallel, Saudi Arabia lowered December official selling prices (OSPs) for its flagship Arab Light crude to Asia by 40 cents to a premium of $5.45 a barrel versus the Oman/Dubai average.

Natural gas futures finished a volatile week on a high note, with the Nymex contract jumping 13.5% and settling at $6.8/MMBtu. In fact, traders shrugged off a firm storage report and focused again on approaching winter weather and long-term global demand. In fact, heavy storage build was posted Thursday, and expectations of more to come, eased supply concerns and accumulated downward pressure on futures. The US Energy Information Administration (EIA) reported an injection of 107 Bcf natural gas into storage for the week ended Oct. 28. The result exceeded expectations and more than doubled the prior five-year average build of 45 Bcf. In parallel, Europe’s benchmark natural gas prices at the Dutch TTF hub headed for a weekly gain early on Friday, supported by estimates of lower nuclear power output in France and forecasts of upcoming colder weather after a very warm start to the heating season. Prices began to rise on Thursday after weather forecasts pointed to a colder-than-normal spell coming to northwest Europe by December. Maintenance at some gas export facilities in Norway and France’s EDF revising down its nuclear power output, again, also supported prices on Thursday and early on Friday.

Gold prices edged higher on Friday to above $1,675 per ounce after the dollar took a breath, as such bullion headed for a weekly rise of 1.9%, despite a drop to below $1,625 per ounce on Thursday following the US Federal Reserve’s hawkish policy narrative that clouded the outlook for the non-yielding asset. However, it is worth mentioning that the gold market is no longer afraid of the Federal Reserve’s aggressive interest rate stance as a critical recession marker has hit its highest level in four decades, according to some market analysts. In fact, bullish sentiment has been quietly building in the marketplace this past week after the World Gold Council said that global physical demand for gold increased by 28% in the third quarter. Along with solid retail demand, the report noted that central banks bought nearly 400 tons of gold between July and September, the largest single quarter of purchases on record. On another hand, spot silver rose by 8.5% to $20.8 per ounce, platinum prices rose by 1.9% and palladium prices dropped by 2.1% on a weekly basis.

In cryptocurrencies, the world’s largest and most popular digital token Bitcoin’s price was almost traded on a mixed performance, with a rise of 2.4% at nearly $21,000, as the crypto market traded sideways after the Federal Reserve decided to increase the interest rate. On the other hand, Ether, the coin linked to the Ethereum blockchain and the second-largest cryptocurrency, also rose by nearly 4.6% to above $1,600. It is worth mentioning that turmoil in financial markets due to a war on inflation by global central banks and the threat of a recession have turned investors risk-averse, triggering a sell-off in speculative assets such as cryptocurrencies. On another hand, Goldman Sachs, a global investment banking, securities, and investment management company is now ready to reveal a crypto categorization system, known as Datonomy, for several cryptocurrencies like Bitcoin, XRP, Shiba Inu, Solana, and several other tokens.