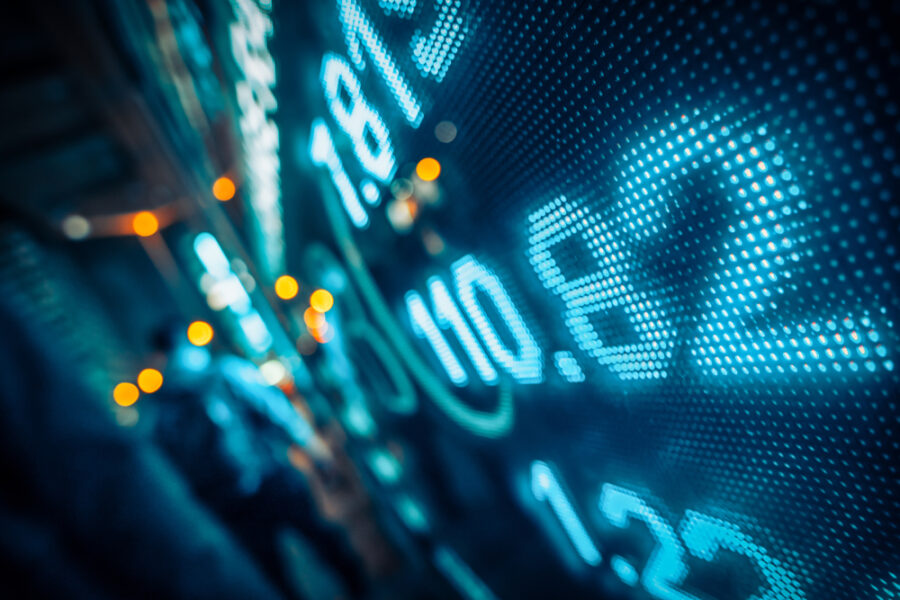 Over the previous week, US Treasury yields fell as investors rushed for the safety of Treasury bonds, its biggest 2-week drop since April 2020, while the US dollar index tumbles below 103.00 amid risk-on mood, flashing the biggest weekly loss since January after a six-week uptrend. Crude oil prices ended the week on a positive note as Shanghai prepares to reopen after a two-month lockdown fueled worries about a sharp slowdown in growth. Gold prices recorded it first weekly gains as an easing US dollar continued to support greenback-priced bullion, although higher U.S. Treasury yields capped gains.

US Treasury yields witnessed a continuing trend of falling rates since Wednesday in the face of rising recession fears and as investors continued to seek shelter in bonds after a steep sell-off in equities. The yield on the benchmark 10-year Treasury note fell to 2.788%, while the yield on the 30-year Treasury bond moved lower to 2.991%. The move in bonds comes as US stocks were on their longest losing streak since the Great Depression by at least one key measure.

In more details, the Standard & Poor’s 500 index fell as much as 2.3% on Friday, leaving it 21% below the all-time high that it reached in January and essentially ending a bull market run that began in March 2020. The S&P is considered the most accurate measure of US stock market performance, as it’s broader-based than the 30-member Dow Jones Industrial Average, which is made up entirely of blue-chip securities. The Dow slid down by 2% on the day and 16% year to date, marking its eighth straight weekly drop and the longest such losing streak since 1932. The Nasdaq Composite is in even deeper bear-market territory than the S&P, down by 30% year to date while, as it fell as much as 3.1% on the day.

In parallel, and even with global stocks continuing to slide amid risks to growth from aggressive monetary tightening, led by the Federal Reserve, and China’s strict lockdowns, the dollar’s appeal as a haven was impacted by the decline in U.S. yields. In fact, the U.S. dollar headed for its worst week since early February against major peers on Friday, weighed down by a retreat in Treasury yields and after the currency’s breathless surge over the previous weeks. The US dollar index, which measures it against six major rivals, was down by 1.5% for the week to near 103, on track to snap a six-week winning run. A week earlier it had soared to the highest since January 2003 at 105. The euro edged higher to $1.057, on course for a 1.6% weekly gain. The Sterling was up by 1.66% for the week to $1.246, its best showing since late 2020.

On another hand, Asian shares jumped in early trade on Friday after China cut a key lending benchmark to support a slowing economy, but a gauge of global equities remained set for its longest weekly losing streak on record amid investor worries about sluggish growth. China cut its five-year loan prime rate (LPR) by 15 basis points on Friday morning, a sharper cut than had been expected, as authorities seek to cushion an economic slowdown, though it left the one-year LPR unchanged. As such, MSCI’s broadest index of Asia-Pacific shares outside Japan quickly built on early gains after the cut and was last up 1.4%. Chinese indices were 1.1% higher and Hong Kong’s Hang Seng index jumped more than 2%, while Australian shares rose by 1.3%. In Tokyo, the Nikkei stock index gained 1%.

Oil prices were somehow steady during the week, with some volatility when oil prices rebounded between Thursday and Friday after earlier losses, as worries about weaker economic growth offset expectations that crude demand could rebound in China as Chinese officials planned to ease restrictions in Shanghai, which could further tighten global energy supply, and as the dollar retreated from recent gains. As such, Brent futures for July delivery fell to $112 a barrel, while U.S. West Texas Intermediate (WTI) crude fell to $111.9 on its last day as the front-month.

On another hand, China announced that it will quietly ramp up purchases of oil from Russia at bargain prices, filling the vacuum left by Western buyers backing away from business with Russia after its invasion of Ukraine in February. The move by the world’s biggest oil importer comes a month after it initially cut back on Russian supplies, for fear of appearing to openly support Moscow and potentially expose its state oil giants to sanctions. China’s seaborne Russian oil imports will jump to a near-record 1.1 million barrels per day (bpd) in May, up from 750,000 bpd in the first quarter of the year and 800,000 bpd in 2021.

Gold prices were set for their first weekly gain since mid-April, as the dollar receding from two-decade highs and mounting concerns over U.S. economic growth revived safe-haven demand. Spot gold was at $1,838.8 per ounce, climbing about 1.5% this week. Reflecting an uptick in demand, SPDR Gold Trust, the world’s largest gold-backed exchange-traded fund, said its holdings rose by 0.66% to 1,056.2 tons on Thursday, following a recent streak of losses, while spot silver gained about 3.6% this week.

On another note, soaring commodity prices are sending shockwaves through the global economy, but a repeat of 1970s-style stagflation is unlikely, the Bank for International Settlements said. To be sure, price spikes in oil, natural gas, food, and metals are all poised to worsen already-high inflation, BIS said in a report published on Wednesday, and additional sanctions on Russia for its war on Ukraine could further stoke inflation.  The BIS report comes as top economists increasingly sound the alarm on stagflation. On Wednesday, Mohamed El-Erian told Bloomberg TV that the US economy can potentially dodge a recession, but stagflation is unavoidable.