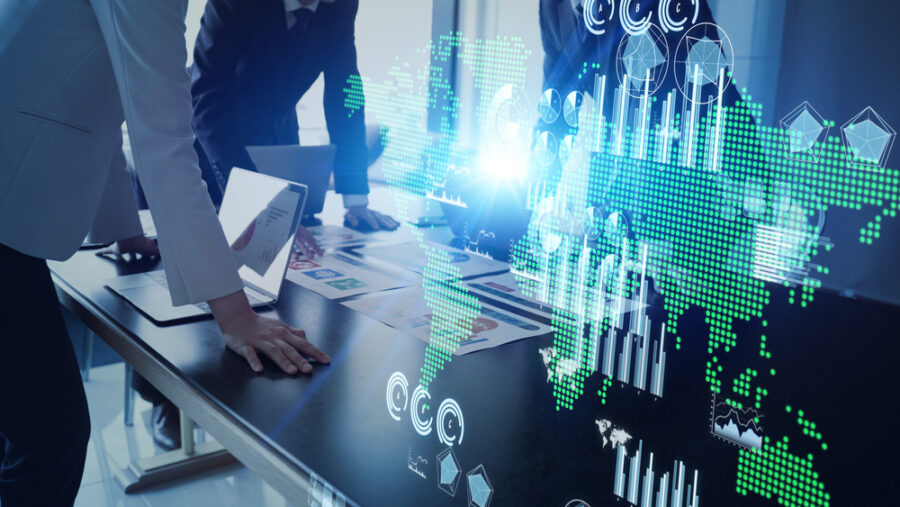 The U.S. dollar index, which measures the greenback against six rivals, fell to 95.5, after falling for three days in a row from around 97.3 on Monday, after the Euro jumped against the US dollar on Thursday following the comments from ECB president Christine Lagarde fueling expectations of faster monetary policy tightening.

In fact, the Labor Department said Friday that the economy added 476,000 jobs in January. Economists surveyed by Dow Jones expected the addition of just 150,000 jobs, with some Wall Street pros projecting net jobs losses for the month due to the omicron variant surge.

The jobs report comes as the Federal Reserve has signaled it will hike its benchmark interest rate multiple times this year, likely starting in March, which cemented plans to raise rates and end quantitative easing.

In addition, the move in yields came after the ISM Manufacturing purchases managers index for January showed slight growth and higher prices paid, on Tuesday. The ISM Prices Index rose 7.9% points to 76.1%.

US Dollar and bonds yield

The US dollar found a footing in Asia on Thursday, pausing the week’s slide as a slump in tech and social media stocks soured appetite for riskier currencies, and as traders awaited central bank meetings in Britain and Europe.

Yields in Europe jumped overnight after the ECB’s hawkish turn, with the yield on benchmark 10-year German bunds up 12 basis points (bps) to an almost three-year high of 0.155%.

In parallel, the S&P 500 had its worst day in nearly a year as per Dr. Fadi Kanso, the head of research at AFCM. Meta plummeted more than 26% on Thursday, losing more-than-US$200 billion of its market capitalization in what was the largest single-day slide in value by a U.S. company.

It dragged the Nasdaq down 3.7%, its worst day in 17 months. However, Amazon reported better-than-expected earnings after the bell and the share jumped 17% driving Nasdaq 100 futures up 1.7% and bolstering sentiment in Asia.

In parallel, the Organization of the Petroleum Exporting Countries and allies led by Russia, known as OPEC+, agreed on Wednesday to stick to monthly increases of 400,000 barrels per day (bpd) in oil output despite pressure from top consumers to raise output more quickly.

Goldman Sachs said in a note. The bank, which forecasts Brent topping $100 a barrel in the third quarter, had predicted that OPEC+ may consider a faster unwinding of its production cuts.

Gold prices were steady on Friday and set for a weekly gain as a weaker dollar, concerns over stubborn inflation, and tensions surrounding Ukraine lifted demand for the safe-haven bullion.

Spot gold was at $1,812 per ounce as a weaker dollar and risk-off sentiment in the equity markets helped counteract pressure from a jump in U.S. Treasury yields.

Meanwhile, the global cryptocurrency market capitalization today surged back above $2 trillion. Ether, the coin linked to the Ethereum blockchain network, scaled above the US$ 3,000 level for the first time since January 21. The digital token was trading marginally lower at US$ 3,025, as per the AFCM weekly report.