The dollar reached its highest level in two years... and oil prices fell back to below $100 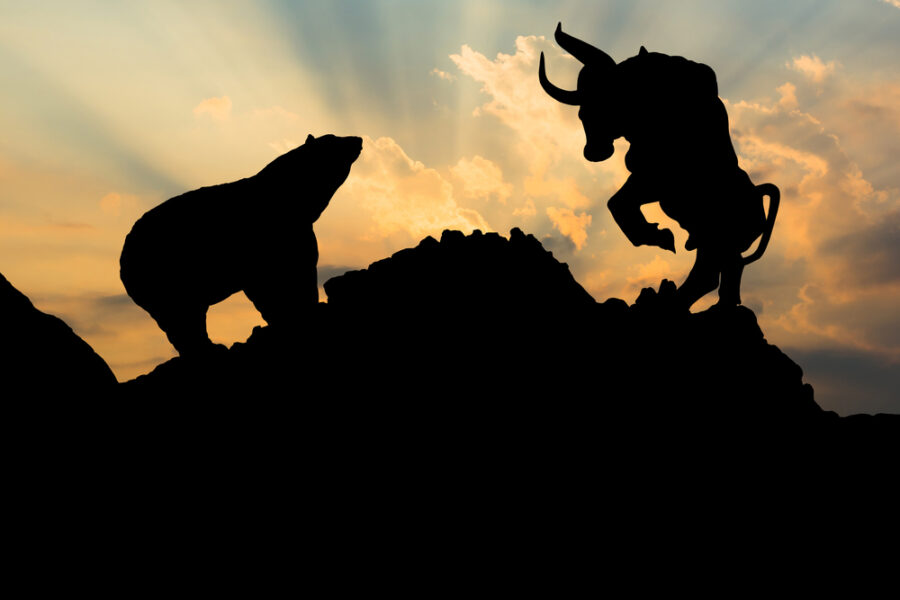 As per the weekly report released by the Arab Federation of Capital Markets (AFCM), over the previous week, the U.S. dollar climbed to its highest in nearly two years and the U.S. Treasury 10-year yield touched a three-year high following hawkish signals from the Federal Reserve. In parallel, Gold prices were flat as the U.S. dollar and yields raised expectations of aggressive rate hikes, offsetting support from safe-haven demand fueled by a worsening Ukraine crisis. On another hand, oil prices fell with Brent crude tumbling below $100 a barrel on worries that the COVID-19 pandemic will cut demand in China and as International Energy Agency (IEA) countries plan to release record volumes of oil from strategic stocks, while cryptocurrencies market fell over the week as expectations for the biggest rise in U.S. interest rates in three decades diminishes demand for riskier assets.

The 10-year US Treasury yields rose to a three-year high Wednesday as the Federal Reserve officials laid out their plans to shrink their trillions in bond holdings and as investors continued to digest minutes from the previous Fed meeting. In fact, Fed meeting minutes released Wednesday showed that officials planned to reduce their trillions in bond holdings at their March meeting, with a consensus amount of around $95 billion. Meanwhile, policymakers indicated that one or more 50-basis-point interest rate hikes could be warranted to battle surging inflation, as per Dr. Kanso, the head of research at AFCM.

The yield on the benchmark 10-year US Treasury note traded above 2.7% on Friday, near its highest level since March 2019 as it continues its jump following recent comments from the Fed. The 2-year rose about 5 basis points to 2.516%. The yield on the 30-year Treasury bond advanced about 6 basis points to 2.746%, while the 5-year rate climbed 6 basis points to about 2.75%. In parallel, the US dollar extended a squeeze higher on Friday, reaching a new near two-year peak against a basket of peers and a one-month high versus the euro, supported by the prospect of a more aggressive pace of Federal Reserve interest rates hikes. The dollar index rose as high as 99.9 in early Asia trade, its best level since May 2020.

On the other side of the dollar’s rally, the Euro dropped to a new one-month low of US$ 1.086 in early trade on Friday, hurt by new Western sanctions on Russia, with the European Union moving towards a ban on Russian coal set to take effect from August. The European Central Bank is also grappling with inflation but while ECB members have sounded relatively hawkish about the recent inflation shock, providing EUR/USD with a little of support around the 1.09 handle, sustained pressure from European energy prices and calls for further sanctions on Russian energy exports to the Eurozone suggest further declines in EUR/USD are likely. The US dollar extended its gains against the Japanese yen, rising to as much as 124.2, its highest in over a week, and testing last month’s near seven-year high of 125.1.

Stocks headed for a weekly loss on Friday as the prospect of aggressive global rate hikes finally began to rattle investors, while bonds fell and the dollar looked set for its best week in a month. MSCI’s broadest index of Asia-Pacific shares outside Japan was down about 1.5% for the week. Japan’s Nikkei fell to head for a weekly loss of nearly 3%. A late rally had lifted Wall Street indexes modestly, but they are also all down for the week led by a 2.5% loss for the rates-sensitive Nasdaq.

Oil prices jumped on Friday in choppy trading but remained on course for a second weekly fall after countries announced plans to release crude from their strategic stocks to release 240 million barrels of oil from emergency stocks to help offset the disrupted Russian supply. Brent crude futures and U.S. West Texas Intermediate (WTI) crude futures are set to fall for a second consecutive week, with Brent on course for a 3.6% slide at US$ 102.8 per barrel and WTI for a 3% decline at US$ 98.3 per barrel, to closed at its lowest since Feb. 25, the day after Russian forces invaded Ukraine. The benchmarks have been at their most volatile since June 2020 for weeks, as per Kanso.

In fact, member nations of the International Energy Agency (IEA) will release 60 million barrels over the next six months, with the United States matching that amount as part of its 180 million barrels release announced in March. The release could also deter producers, including the Organization of the Petroleum Exporting Countries (OPEC) and U.S. shale producers, from accelerating output increases even with oil prices around $100 a barrel. Fuel consumption in China, the world’s biggest oil importer, has slowed down with COVID-19 lockdowns in Shanghai, and likely reduced China’s overall oil consumption by up to 1.3 million barrels per day.

Gold prices remained trapped in a tight range during the week, as the dollar firmed on prospects of aggressive interest rate hikes by the U.S. Federal Reserve, partially offsetting safe-haven demand fueled by the lingering Russia-Ukraine conflict. Spot gold was subdued at $1,945 per ounce, as rising U.S. interest rates and higher yields increase the opportunity cost of holding bullion, while the surge in the US dollar to a nearly two-year high is dimming gold’s appeal. However, gold prices could continue rising for the next two quarters, as the Fed would be unable to raise rates quickly enough to combat the high inflation while the gold is also used as a hedge against rising inflation, as per Kanso.

On another hand, the Food and Agriculture Organization says the war in Ukraine sent food commodity prices soaring in March to the highest levels it has ever recorded. The organization announced on Friday that its FAO Food Price Index, which tracks monthly changes in the international prices of a basket of commonly-traded food commodities, averaged 159.3 points in March. That’s up 12.6% from February, which already saw the highest level since the organization began tracking in 1990. It’s also 33.6% higher than it was last March. On another hand, after reclaiming the $2 trillion level in late March, the cryptocurrency market capitalization is back below this threshold, influenced by the bearish streak of almost all of its major assets, particularly Bitcoin. Specifically, the flagship digital asset which often leads the market has been trading in the red for most of the previous seven days, dropping its price from $45,860 to $41,538 on Monday, April 11, a reduction of 9.4% over the week.