Gulf countries line up to offer Egypt billions of dollars 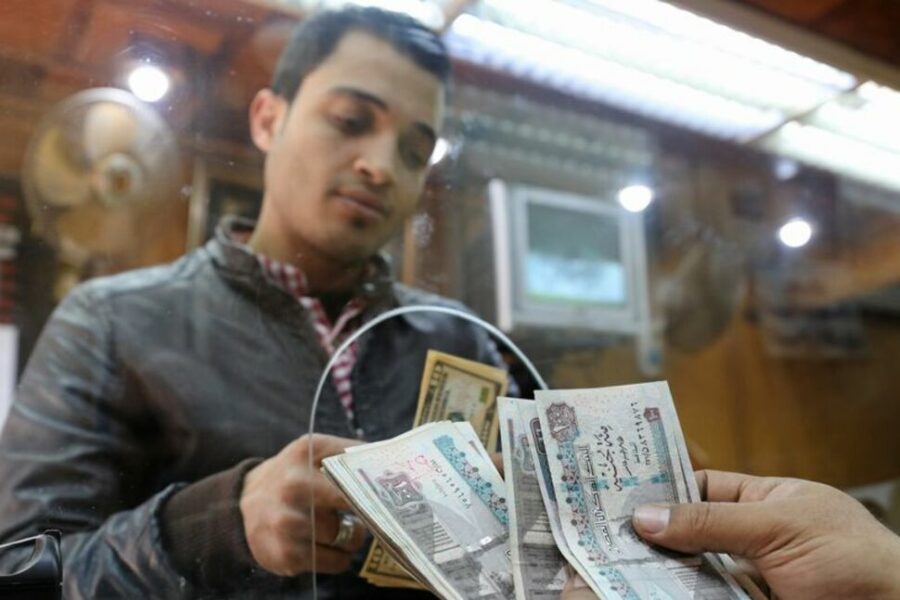 A customer exchanges US dollars to Egyptian pounds in a foreign exchange office in central Cairo.

Gulf Arab states are channeling up to $22 billion to Egypt to help it overcome a currency crisis, the third such rescue in a decade.

This move enhanced the stability of the foreign exchange market in Egypt. It also consolidated the country’s economy amid severe pressure on Egypt’s currency.

As a result, the Egyptian pound (EGP) has slightly risen against the US dollar.

The exchange rate of the dollar against the Egyptian pound was stable ranging between EGP18.19 and EGP18.25 for purchase, and EGP18.29 and EGP 18.35 for sale.

A few days ago, the Egyptian pound slipped further against the dollar, after Egypt’s Central Bank increased its key interest rate by 100 basis points, devaluing the currency by around 14 percent.

This coincided with investors pulling billions of dollars out of Egyptian treasury markets amid concerns over Russia’s invasion of Ukraine.

Last week, Saudi said it deposited $5 billion in Egypt’s central bank, the official Saudi Press Agency (SPA) reported. Saudi said it would make additional investments that could bring as much as $10 billion in foreign currency into Egypt.

Egypt and Qatar have agreed to sign investment deals worth $5 billion, the Egyptian cabinet said in a statement.

In addition, an Abu Dhabi wealth fund (ADQ) agreed with Egypt to invest about $2 billion by buying state-held stakes in some companies, including the North African nation’s largest listed bank.

All of that allowed Egypt to spend more on supporting the pound, postponing an agreement with the International Monetary Fund (IMF) to discuss the country’s economic problems.

Moreover, Egypt had a sharp devaluation in 2016 when it lost nearly half its value against the dollar, overnight.

The pound was floated at the time as part of a package of reforms in exchange for a $12-billion bailout from the IMF.