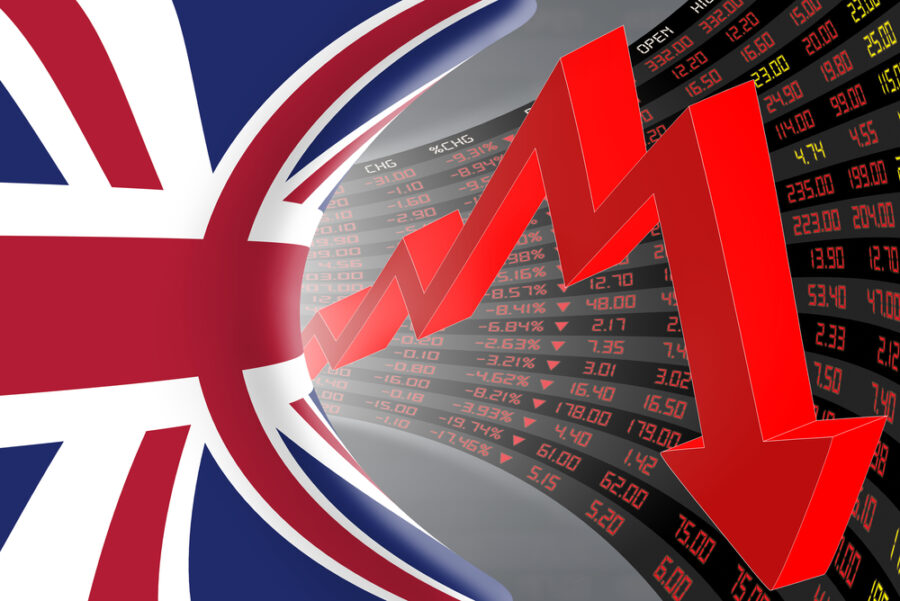 One of the world’s leading multilateral financial institutions, IMF, has joined a raft of criticism of the massive tax cuts announced by the UK government last week that have led to a record fall in the pound.

In a rare and scathing rebuke to such a large advanced economy, the International Monetary Fund warned that tax cuts – the largest in Britain since the early seventies – were likely to increase inflation and inequality.

Liz Truss’s new government announced on Friday it would cut taxes by 45 billion pounds ($48 billion) in a bid to move the British economy again. The package includes the abolition of the highest income tax rate for high-income earners and a significant increase in government borrowing to finance lowering energy prices for millions of households and businesses this winter.

But many prominent economists have called the unconventional measures a “reckless gamble” and warned that they will force the Bank of England to press harder as it tries to tame inflation, which is already approaching a 40-year high of around 10 percent.

An IMF spokesman said: “We recognize that the massive financial package that has been announced aims to help families and businesses cope with the energy shock and boost growth through tax cuts and supply measures.”

But he added: “However, given the high inflation pressures in many countries, including the UK, we do not recommend large and untargeted fiscal packages at this juncture, as it is important that fiscal policy does not work against the purposes of monetary policy.”

The IMF considered the planned measures “likely to increase inequality” and called on the UK government to use the budget in November as an opportunity to “look at ways to provide the most targeted support and reassess tax measures, especially those that benefit high-income people.”

The collapse in the pound sterling since Friday has been accompanied by a sudden rise in borrowing costs in the UK, where yields on 5-year government bonds have exceeded those of heavily indebted European economies such as Italy and Greece.

Financial markets now expect that the Bank of England will have to raise interest rates to nearly 6 percent by next spring, from 2.25 percent at the moment, to support the currency and contain inflationary pressures unleashed by massive financial donations.

The chief economist at the Bank of England on Tuesday promised “significant” price measures at its next meeting in November.

The Bank of England has intervened urgently in the face of “actual risks to Britain’s financial stability”, in reaction to market volatility caused by the high-cost budget plan that has been harshly criticized by the International Monetary Fund.

The Bank of England said in a statement Wednesday that “the bank will purchase government bonds with long maturities from Wednesday with the aim of restoring normal conditions to the market,” explaining that the process “will be fully funded by the Treasury.”

Justifying the intervention, it added: “Market movement has worsened since Tuesday and is particularly affecting long-term debt. If this imbalance in the functioning of the market continues or worsens, it will cause a real risk to Britain’s financial stability.”

In a sign of investor distrust of British equities, the pound fell to a historic low of $1.0350 on Monday.

The return on government debt, which increases when demand falls, has risen significantly. The price of 30-year bonds, which was around 3.5 percent, rose at the start of Wednesday’s session to 5.14 percent, the highest level since 1998, indicating a high cost of financing British debt.

It then fell rapidly with the intervention of the Bank of England, falling to 4.47 percent.