IMF to officials in Lebanon: No agreement without reforms 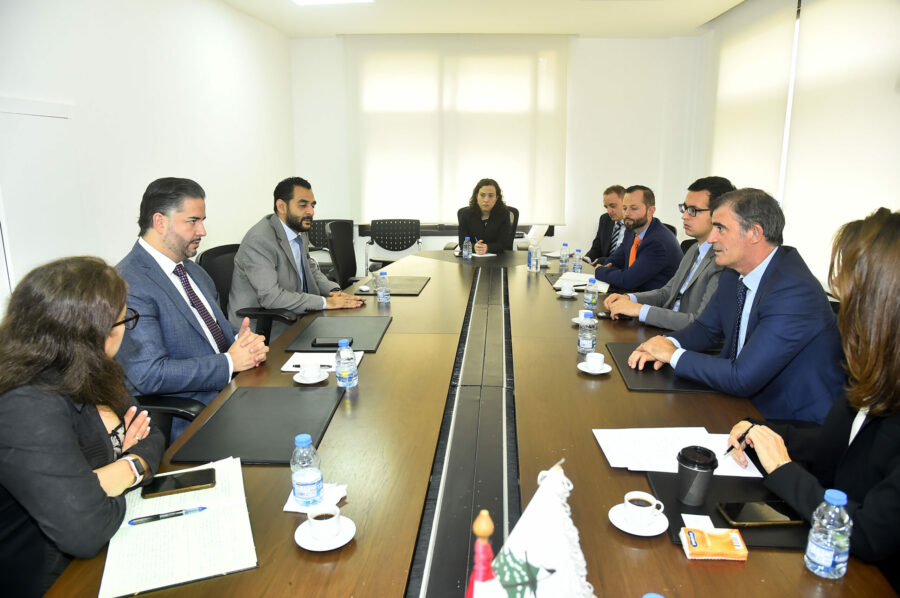 In the wake of bank closures in Lebanon due to a spate of armed attacks by a number of depositors to forcefully withdraw their deposits, a delegation from the International Monetary Fund headed by Ernesto Ramirez was touring officials in Lebanon to inform them of their failure to pass the reforms that the country needs, but keeping the door ajar not to abandon intentions to reach a final agreement with Lebanon.

Last April, the IMF signed a preliminary agreement at the staff level with Lebanon that included demands and conditions for moving to the final stage of signing.

Among these demands are passing the 2022 budget and approving amendments to the banking secrecy law (recently approved) to align it with international anti-corruption standards and remove obstacles to restructuring the banking sector, and setting up a law to do this so that the banks can regain elements of continuity, with Parliament needing to approve emergency legislation to settle banking conditions to implement the bank’s restructuring strategy. Also, a draft law needs to be adopted to impose restrictions on transfers (Capital Control), and standardize exchange rates for authorized current account transactions by the Banque du Liban.

However, the vast majority of these demands has not yet been implemented. The draft budget for the year 2022, despite the great delay in drafting it, is still stuck in Parliament.

A new parliament session was scheduled for next Monday, September 26, in order to approve it, after the previous meeting failed to pass it due to the absence of a quorum in the session.

Preliminary conclusions that can be drawn two days after the meetings held by the IMF delegation, and based on the statements of the officials who met with the delegation, is that the Fund is still keen, or rather committed to reaching a final agreement with Lebanon granting it a loan of $3 billion to be repaid over four years.

This was expressed by Lebanese Economy Minister Amin Salam, who said after meeting the IMF delegation, “It was a positive message from the Fund today that it is still fully committed to the agreement we started nearly five months ago, and it has full intention to reach a final agreement with Lebanon.”

On the other hand, the Fund stressed that there is no way to move to the final stage of signing if Lebanon does not implement the minimum preconditions.

Parliament Speaker Nabih Berri informed the IMF delegation of “the Parliament’s insistence to intensify its work to accomplish what is required of it in terms of reform legislation and to cooperate with the executive authority in this regard and to preserve the rights of depositors.”

And the “minimum” of the intended conditions may indicate the possibility of the IMF’s leniency in some of the points it demands, in order to help save Lebanon’s dilapidated economy and support the Lebanese, most of whom have become poor after the dollar touched the threshold of 40 thousand pounds (as opposed to the official exchange rate still at 1500 pounds).

The delegation was quoted as saying that if the required laws are approved and the final agreement with the Fund is concluded, “there will be abundant financial openness to Lebanon on the part of international institutions, but if you do not assume your responsibility, we cannot do anything for you and there are many countries in the world waiting for us.”