This comes ahead of negotiations for an IMF bailout 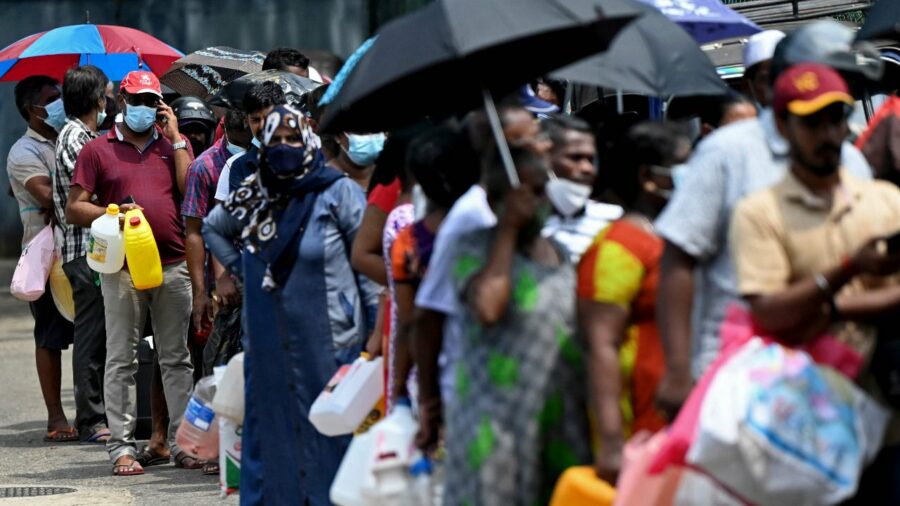 People stand in a queue to buy kerosene oil at a petrol station in Colombo.

Sri Lanka has struggled to repay foreign loans as acute food and fuel shortages, as well as long daily power outages, have wreaked havoc on the country’s 22 million people in the most painful downturn since independence in 1948.

Sri Lanka announced a default on its $51 billion foreign debt as the island nation grapples with its worst economic crisis in memory.

The Kuwait Fund for Arab Economic Development (KFAED) affirmed that the debts other countries owe it are “sovereign.”

The Fund is one of the entities that lend to the Sri Lankan government, which has defaulted on five of the 16 loans the KFAED has provided.

It announced on Twitter giving Sri Lanka 16 loans with a total value of about 87 million Kuwaiti dinars to finance projects in various sectors.

According to the KFAED, in case the state announces a default in payment, the loan agreements concluded with the borrower (the state) ensure the Fund’s rights are preserved, given that sovereign debts cannot be canceled.

This comes ahead of negotiations for an International Monetary Fund (IMF) bailout aimed at preventing a more catastrophic hard default that would see Sri Lanka completely repudiate its debts.