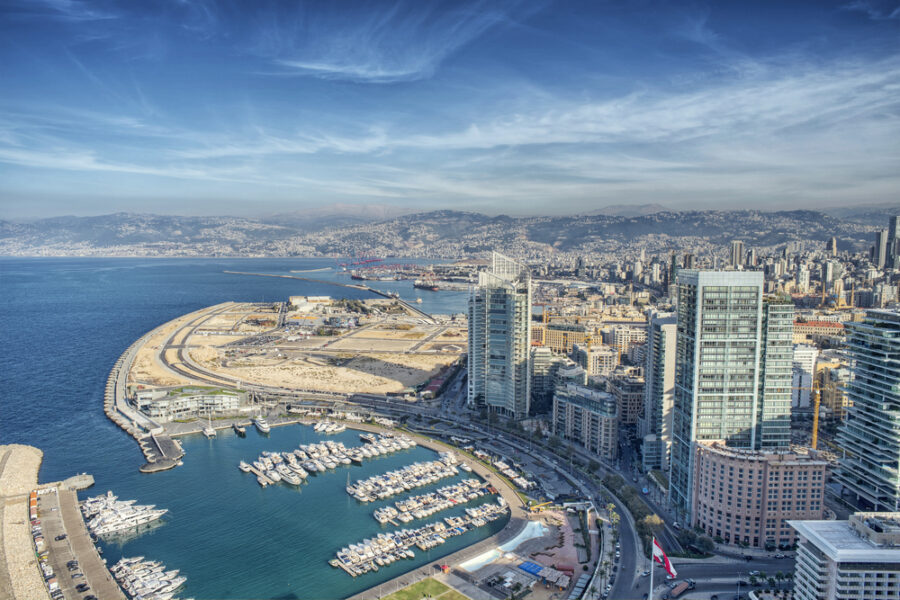 The inflation rate will record further increases in August

For the 25th consecutive month, Lebanon recorded a triple-digit inflation rate, in light of the continuing deep economic crisis and political squabbling that hampered the formation of a government four months after parliamentary elections, with presidential elections nearing.

Data issued by the Central Administration of Statistics indicated that inflation rose to 168.45 percent in July on an annual basis, increasing by 7.4 percent from June 2022.

As in previous months, the rise in inflation came as a result of the absence of control over retail prices, and the continued deterioration of the lira against the dollar amid the existence of multiple exchange rates. This is in addition to the gradual abolition of subsidies that cost the treasury billions of dollars as a result of smuggling goods to neighboring countries.

There is no limit to inflation

And there will be no specific ceiling for the accelerating inflation rate jumps, with uncalculated measures carrying negative repercussions being implemented, such as the ‘customs dollar’, which has not yet been agreed upon due to differences between the government, Parliament, and economic bodies over the exchange rate figure that must be adopted and the fact that it did not come from within an integrated reform basket.

The customs dollar is what the importer pays in customs amounts in exchange for the release of the imported goods held in customs, and today it is still based on the official exchange rate, i.e. 1500 Lebanese pounds against the dollar, while the exchange rate in the electronic “exchange” platform of the Central Bank of Lebanon is in the range of 27,200 pounds, while in the parallel market is in the range of 33,000 pounds.

The government wants to raise the ceiling of the customs dollar to 20 thousand pounds in order to increase its very weak customs revenues and raise the already low salaries of public sector employees.

Some parliamentary blocs and economic bodies believe that this ceiling is too high and call for a gradual increase of it.

It is expected that the inflation rate will record further increases in August, as a result of lower subsidies for gasoline purchases via the “Sayrafa” platform, when the Central Bank declined to subsidize this commodity, which requires importers to go to the parallel market to provide dollars for the cost of shipments, as that would raise the exchange rate of the dollar and fuel the acceleration of inflation in prices and services.

It is known that the Banque du Liban was supporting, by 85%, the purchase of fuels through this “exchange” platform, provided that the companies would secure the remaining 15%, or 15%, of the parallel market.

But the current trend is to completely cancel the support for purchasing fuel, in light of the continued depletion of the remaining foreign currency reserves with the Central Bank, which now total $10 billion dollars, $30 billion less than what was available in  2019.

Removing the subsidy will have major repercussions on the transportation bill, which will rise significantly, and be reflected in the prices of all services,  and of course, exacerbate inflation rates.

The cessation of subsidizing the purchase of gasoline through this “exchange” means that companies importing this substance will inevitably resort to the parallel market to secure the $200 million they were getting from the platform.

This will add pressure on the parallel market with the increase in demand for the green currency, which will lead to an increase in the exchange rate of the dollar against the lira, and the currency will thus face further deterioration.

On the other hand, the demand for the lira will rise significantly to secure the necessary amounts to buy the dollar from the parallel market, which will be difficult to provide because of the ceiling imposed by the banks on withdrawing the currency, and this threatens to lead to a shortage of gasoline.

Lebanon has the second highest inflation rate in the world!

Lebanon is expected to record the second highest inflation rate in the world this year, after Sudan, according to Fitch Solutions.

Inflation in the country will average 178 percent by 2022, Fitch said, up from about 155 percent last year.

And it announced that this is an upward revision from its previous forecast of 155.8 percent for this year, due to strong inflationary pressures from the adjustment of communications fees, ports, and customs.

Fitch believes that the Lebanese authorities will also begin to reduce bread subsidies. “In fact, the sharp rise in wheat prices after the Russian invasion of Ukraine coupled with the decline in the Central Bank of Lebanon’s foreign exchange reserves will make it difficult for the government to support bread prices… We expect the upward trend in bread prices to continue, adding to the inflationary pressures in the second half of 2022.”