The state and central bank bear part of the responsibility 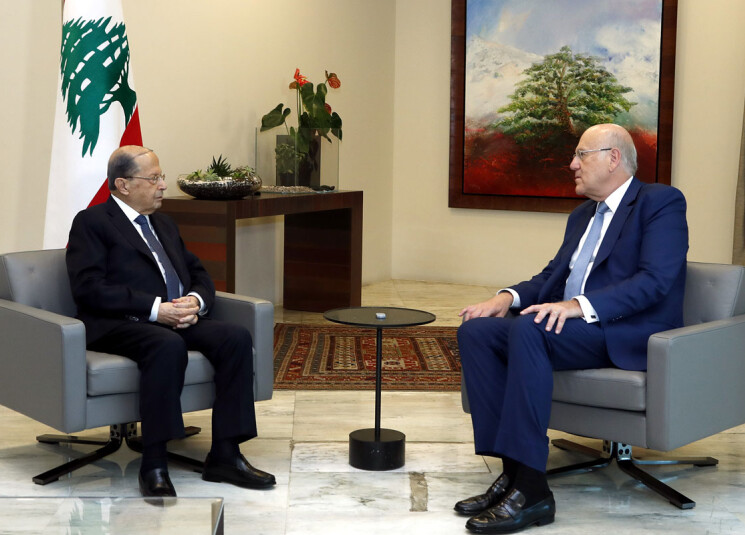 As the non-binding parliamentary consultations in Lebanon have ended and Prime Minister-designate Najib Mikati submitted a formula for a government formation to President Michel Aoun, the discussion is about the fate of the projects that Lebanon must approve in exchange for obtaining a financing program from the International Monetary Fund, and secure the future of the financial and economic recovery plan.

Information indicates that the plan, which has been widely objected to by banks, depositors, and professional syndicates, will be amended in the next few days, with the state and the Central Bank bearing part of the responsibility for returning depositors’ money. In the current formula, banks and depositors bear the bulk of the financial losses.

It is expected that the reformulation of the financial plan in line with the banks’ goals will contribute to passing the pending projects in Parliament that are demanded by the International Monetary Fund before approving a formula that paves the way for a final deal with Lebanon to lend it an amount of $3 billion.

The government of Prime Minister Mikati approved, in its last session before it became a caretaker government, a plan for economic recovery which includes a strategy to promote the financial sector, with reservations expressed by a number of ministers.

Lebanon is suffering under the weight of a complex crisis, as it is difficult to find solutions that do not target citizens. The World Food Program says in its monthly report on Lebanon for the month of May, that there are about 3.5 million people in Lebanon in need of assistance, while about 1.69 million people received assistance only last May.

According to the report, importers in Lebanon are facing difficulties in bringing in wheat, due to the shortage of hard currency in the central bank, and many mills and bakeries across the country have stopped working, with conflicting estimates of the number of wheat stocks remaining in the country.

The accelerated measures did not contribute to alleviating the already high prices, as inflation rates recorded further increases. The price inflation index recorded in May another increase of 211.43 percent, bringing the cumulative rise in the price hike on an annual basis to 1178 percentage points at the end of May, compared to a level of 378.25 points in the same month last year.

Everything is collapsing, one by one. The public sector is paralyzed due to the open strike of its employees; the constitutional institutions are not practicing their work, and the private sector is unable to withstand in light of the scarcity of funding that it needs to continue.

Unemployment reached very high levels. Hunger knocks on the doors of most Lebanese. How can this country continue to stand on its feet?

Help is coming from transfers that the Lebanese abroad send to their families and relatives. According to the World Bank, the value of remittances to Lebanon amounted to about $6.6 billion in 2021, ranking third among Arab countries in terms of remittances after Egypt and Morocco.

The Governor of the Banque du Liban, Riad Salameh, estimated these transfers a few days ago at between $6 billion and $7 billion.

On the seventh of this month, the World Food Program and the Food and Agriculture Organization of the United Nations issued a joint warning that Lebanon is a “hunger hotspot”.

Despite all these global, international warnings, Lebanon’s politicians remain preoccupied with matters more important to the fate of their remaining in power.