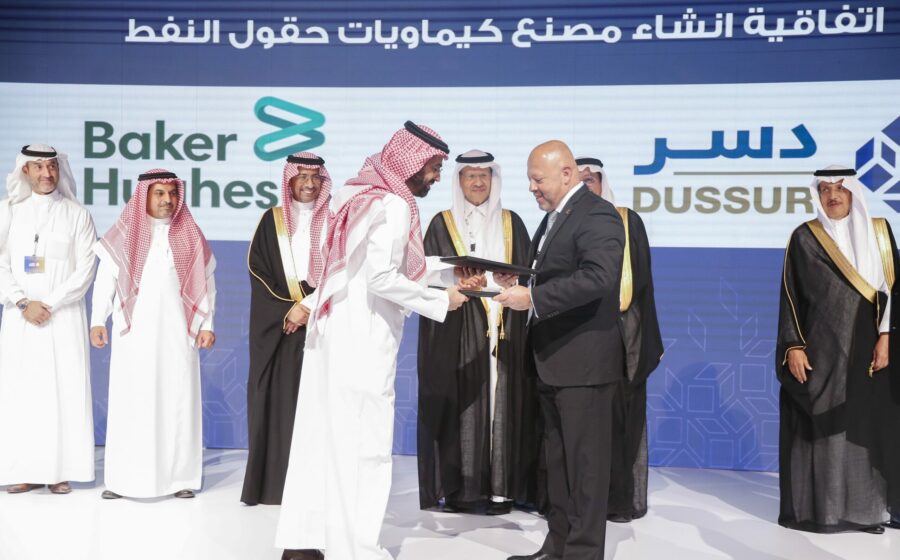 Saudi’s Industrial Investments Co., known as Dussur and owned by PIF, Aramco and SABIC, has announced the signing of five new shareholders’ agreements.

The agreements consist of four joint ventures (JVs) and one global acquisition deal, it said in a statement.

SeAH and Dussur will invest up to $149 million with a percentage share of 51 percent and 49 percent respectively, while the remaining will be provided by the Saudi Industrial Development Fund (SIDF).

Dussur signed a third agreement with 3D Systems to establish the Center for Innovation and Additive Manufacturing (CIAM) in Saudi.

The fourth deal was finalized with the US-based Baker Hughes to establish a blending and chemical reaction facility with a production capacity of 30,000 megatons, to be located in Jubail City.

Elessent Clean Technologies will be the name of the new company.

The signing of the agreements is a practical demonstration of its mission of investing in the industrial sector in Saudi, said Dussur CEO Raed Al-Rayes.

Dussur portfolio has attracted foreign investments of over 1 billion riyals ($266 million) and will create more than 2,600 direct jobs by 2030, with 65 percent saudization.

The company’s expected added value to the gross domestic product (GDP) of Saudi is equivalent to 50 billion riyals over the next 20 years, Al-Rayes added.