The customs dollar comes into effect in a few days.. Unless 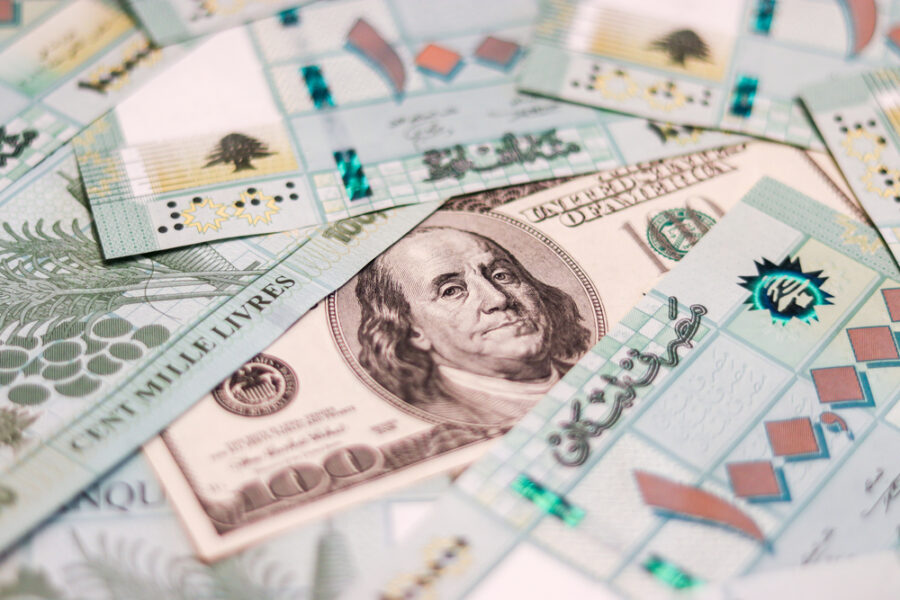 There are indications that the issue of depreciating the exchange rate of the collapsing lira has been postponed due to political disagreement on this measure required by the International Monetary Fund.

“Economic Middle East” Sources expected it to come into effect in the following days when the customs dollar is raised to 15,000 liras from 1,500 currently. It was among the measures taken by the government of Najib Mikati aimed at increasing state revenues and securing funds to give public sector employees financial assistance.

The increase in the customs dollar is supposed to be implemented with the publishing of the 2022 budget law in the Official Gazette.

It is noteworthy that former President Michel Aoun refused to sign the budget law, but it enters into force a month after the law was referred to the President of the Republic.

The sources refused to confirm the start of the application of the customs dollar saying “everything is possible”, and officials may decide to postpone it as well.

Returning to the local currency exchange rate fixed for about 25 years on the basis of 1500 liras per dollar, the sources said that no political consensus has been reached so far and that any such measure will irritate people because it will not be accompanied by a comprehensive economic plan that would include this measure.

The sources revealed that the team of the caretaker prime minister is making a serious effort with the Ministry of Finance in order to work on the issuance of the draft budget for the year 2023 before the beginning of next year so that all its figures are calculated on the basis of the exchange rate of the electronic banking platform (it is today in the range of 30,000 liras per dollar), which is a significant jump in the exchange rate adopted in the budget.

But the sources reiterated that such a measure also needed a major political consensus. They recalled what happened last September with caretaker Finance Minister Yusuf al-Khalil when he issued a statement saying that the state had adopted an exchange rate of 15,000 liras against the dollar instead of 1,507 and that the decision would take effect on November 1. But it then retreated less than an hour later and the Finance Ministry issued a statement explaining that this would depend on the House of Representatives’ approval of the financial recovery plan. This has not happened to date.

A source in the finance ministry told Reuters on Thursday that political differences had halted the move. No one in the country wants to take responsibility for it.”

“Caretaker Prime Minister Najib Mikati is not ready to give the green light to the plan to change the lira’s exchange rate until it is approved by the powerful Shiite group Hezbollah and the Amal Movement,” the source added.

A source from Mikati’s office confirmed to Reuters the prime minister’s reluctance to move without the consent of these two forces.