The UAE’s commitment to the “OPEC +” agreement led by Saudi Arabia and Russia was confirmed by the country’s Minister of Energy and Infrastructure, Suhail bin Muhammad Faraj Faris Al Mazrouei.

The agreement entails its current mechanism for adjusting monthly production, hours after the UAE ambassador to Washington said that his country supports increasing production to help reduce prices.

Al Mazrouei said in a statement to the Emirates News Agency, WAM, that the UAE believes in the value that OPEC + provides to the global oil market, stressing that “there is no agreement to increase production unilaterally outside the OPEC + agreement in light of the UAE’s continuous support for the efforts of the oil alliance and its commitment to this agreement.”

“The UAE believes in the value that OPEC + brings to the oil market,” Al Mazrouei wrote on his Twitter account, adding, “The UAE is committed to the OPEC + agreement and its current mechanism for adjusting monthly production.” 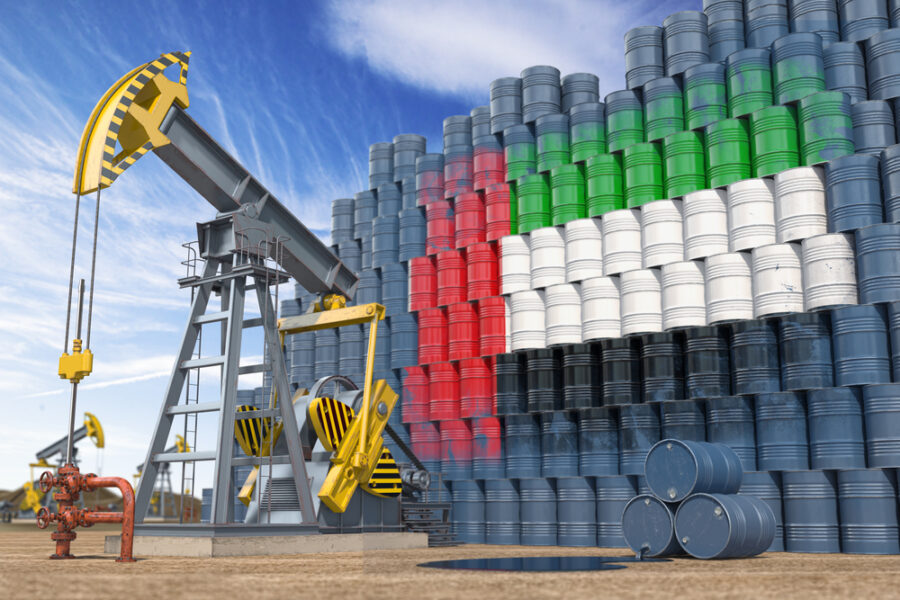 At this time, oil prices rose today, in volatile trading after a sharp decline in the previous session, amid fears of deteriorating market conditions after the US decision to ban oil and gas imports from Russia.

Oil prices ended their trading Wednesday with a decline of about 13 percent in a volatile session.

Brent reached $111 a barrel, driven by the release of the US oil inventories report.

Brent crude futures prices, for delivery in May 2022, rose by 3.27 percent to reach $114.77 a barrel, after falling about 13 percent in the previous session in the largest drop in one day in nearly two years.

The prices of West Texas Intermediate crude futures, for delivery in April, also rose by about 2.3 percent to reach $111.20 a barrel, after it plunged by 12.5 percent in the previous session, in the largest daily decline since last November.