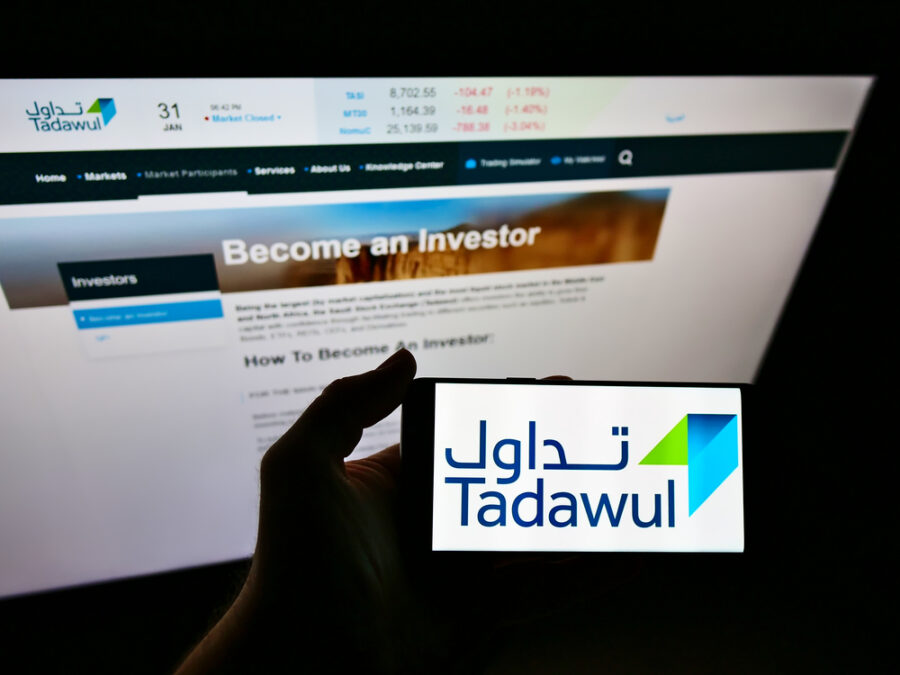 The Saudi Tadawul Group, which owns and operates the local stock market, achieved a 17.4 percent increase in annual net profit for the year 2021 thanks to the strong performance of the Saudi stock market last year.

And Tadawul, whose shares were listed on the stock exchange last December, announced that net profit amounted to 587.7 million riyals ($156.64 million) at the end of 2021, from 500.52 million riyals a year earlier.

Saudi has witnessed a significant increase in initial public offerings since the listing of the oil giant Aramco, in an operation that achieved a record proceeds of $29.4 billion in 2019.

The main index of the stock market rose nearly 30 percent last year, and it rose 13 percent since the beginning of 2022.

Khaled Al-Hussan, CEO of Tadawul Group, said in a statement that the new listings contributed to an increase in the daily trading value by 7.5 percent in 2021

The stock market witnessed a record number of 15 IPOs last year, bringing the total number of companies listed in the financial market to 210 companies at the end of December. Of these offerings, nine were in the main market and six in the parallel market.

In December, the Tadawul Group said it had received 50 applications for initial public offerings and was studying the possibility of allowing the listing of special purpose acquisition companies (SPACs).