The number of Saudis in the labor market reached over 1.9 million 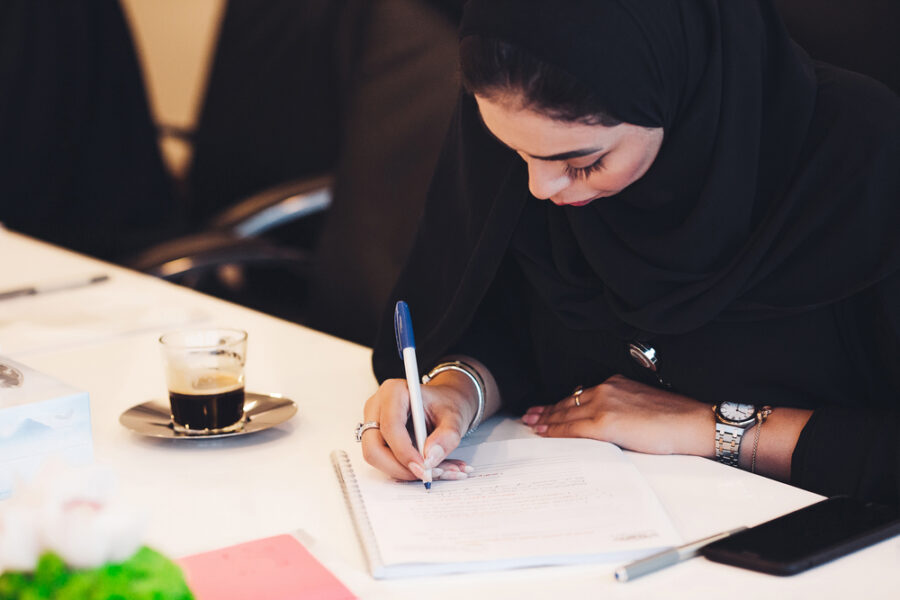 Saudi women are on the agenda of Saudi government efforts to find employment opportunities for them, as part of the kingdom’s efforts to create jobs for all Saudis.

The Minister of Human Resources and Social Development Eng. Ahmed Al-Rajhi revealed that the ministry aims to localize 30 professions in 2022, which includes project managers, sales, and finance professionals.

Al-Rajhi said that the ministry launched 32 localization decisions in 2021 with a focus on professions such as accountants, lawyers, teachers, marketers, medical doctors, dentists, and engineers.

The minister said that the government spent SR10 billion ($2.7 billion) to support the employment of Saudis in the private sector last year.

He reaffirmed that the number of Saudis in the labor market has reached more than 1.9 million men and women, a first in Saudi history.

“The number of Saudis entering the labor market for the first time in one year is 400,000 young men and women. Moreover, the mega projects that the Kingdom is witnessing will create 1.8 million additional jobs,” he said.

He indicated that one of the objectives of the labor market strategy is to raise the rate of citizens’ economic participation, which was 40 percent and currently stands at 50 percent, adding that the goal is to reach 60 percent by 2030.

Answering a question about changing working hours, he said that the labor law (to consider Saturday and Sundays as the weekend) is under study currently with the aim to make the market more attractive for investors and employees.

He said: “When it comes to the wage compliance program, that ensures that the worker receives his wages at the end of each month, the companies compliance reached 80 percent, which was the goal by 2020. Friendly settlements between the employer and the worker have reached 65 percent.”

“All services of the ministry are digital and the number of people working remotely in the labor market has reached 58,000 young men and women. Also, officials documented seven million work contracts with an electronic link in order to preserve rights,” he added.

“The Kingdom’s goal in 2030 is to be among the top 20 countries in the world in the labor market efficiency index.”

The minister finally pointed out that Saudi has become an active member of the International Labor Organization (ILO).

Al-Rajhi said that at the beginning of Saudi Vision 2030, the percentage of women participation was around 21 percent, and today it has surpassed 32 percent, which was a target the government set for the year 2030, not 2022.

The Spanish railway operator Renfe, which is filtering data on candidates, indicated that an online appraisal of academic background and English language skills had helped it to cut the number of candidates by approximately 50%.

No decision will be made on hiring before mid-March.

The 30 selected women will drive bullet trains between the cities of Mecca and Medina following a year of paid training. Currently, 80 men drive the company trains in Saudi.