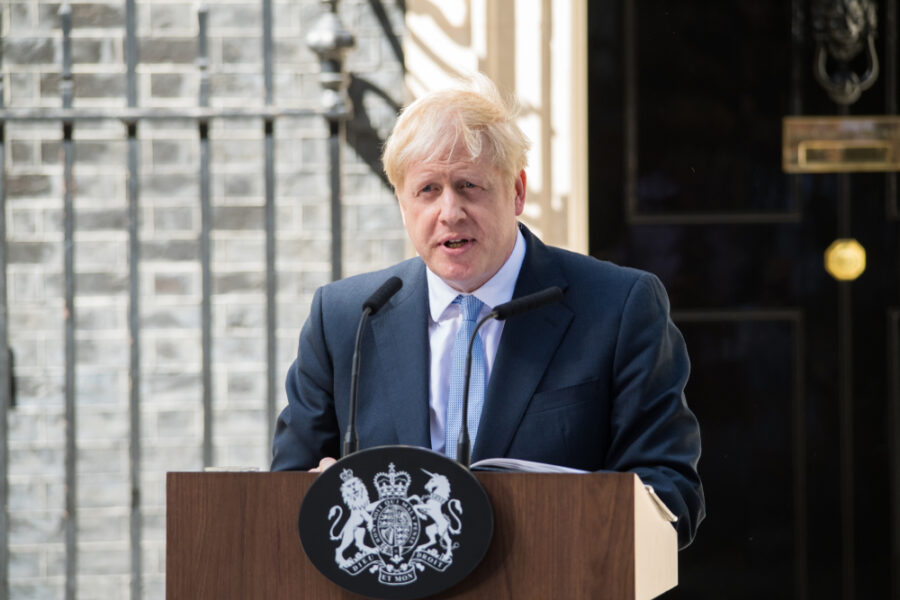 Boris Johnson, the Brexit hero, dreamed of making history as one of Britain’s longest-serving prime ministers, but he faltered after three turbulent years.

Johnson announced his resignation as leader of the Conservative Party, and said he would remain in his position as prime minister while a new leader was chosen. But there is concern that Johnson could remain in office for any time whatsoever.

All eyes are now on Johnson’s successor, as speculation continues over which of the “big players” – such as current or former cabinet ministers – will announce their intention to run.

Scandals and lies have damaged this always-optimist politician, who in 2019 gave the Conservatives a historic majority in the House of Representatives and delivered Brexit by taking Britain out of the European Union.

His fall was marked on Tuesday evening within minutes from the resignations of Finance Minister Rishi Sunak and Health Minister Sajid Javid, who were fed up with the recurring scandals associated with Johnson. And following their example were about fifty members of the government, which deprived Boris Johnson of any maneuvering space,  to continue his mission at the head of the country.

Successive scandals have dogged Johnson and helped shake his image and public confidence in a context of 40-year-high inflation, social tension and tax hikes.

The latest scandal, the case of the Conservative MP’s deputy in charge of parliamentary discipline, accused of harassment and who Johnson knew about his past when he appointed him in February, has hammered the final nail in his coffin.

The question today is how can Johnson’s departure save Britain’s crumbling economy?

Johnson’s resignation deepens the uncertainty surrounding Britain’s economy, which is under pressure from rising inflation and is heading to record double figures. This is in addition to the risk of a recession due to many factors, including Britain’s exit from the European Union, the outbreak of Corona, and finally as a result of the Russian-Ukrainian war.

The spillover effects of Brexit have led to significant labor shortages and increased operating costs for businesses, making inflation worse.

The inflation rate in the United Kingdom rose to its highest level in 40 years in May at 9.1 percent, compared to 8.1 percent in the euro area.

For its part, the Bank of England expects inflation to rise this year to 11 percent and GDP growth to be weaker.

The International Monetary Fund said in April that Britain faced persistent inflation, as well as slower growth than any other major economy in 2023.

The recent drop in sterling has increased inflation pressures since then, despite the possibility of more public spending or tax cuts being paid.

As Johnson’s exit ends another chapter in one of the most turbulent periods in modern British political history, it remains to be seen whether his successor can calm things down.

Analysts hope the new prime minister will unveil a major spending package to galvanize support, usher in more dramatic reforms, and scale back the EU’s “edge of the cliff” on trade. This would give a positive boost to the British economy.