For every increase of 100 basis points, Banks' net income to increase by 13% 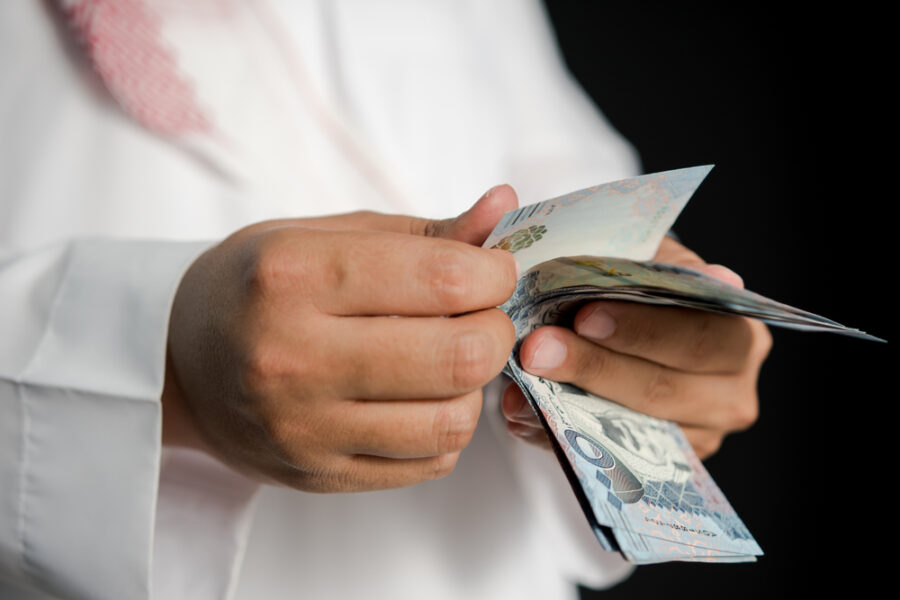 S&P Global Ratings expects Saudi banks to benefit from the expected increases in interest rates by the U.S. Federal Reserve, which the Saudi central bank typically mirrors because of the Saudi riyal peg to the U.S. dollar.

Our economists expect the Fed to raise rates six times this year (including one that already took place in March), and five more times in total in 2023 and 2024.

These changes will be earnings-accretive for Saudi banks because of the structure of their balance sheets.

Benefits to stem from large holdings of corporate loans

We calculate that for every 100 basis point increase in rates, Saudi banks’ net income is likely to rise 13% and return on equity an additional 1.5 percentage points, according to data from the country’s 10 listed banks.

“The magnitude of impact is not surprising. A large portion of corporate loans (about 55% of total loan books) extended by banks in the country is linked to a Saudi riyal benchmark rate. Meanwhile, most deposits (65%) are demand deposits with zero or very little funding costs; this ratio has been broadly stable over the past few years,” S&P said

The impact on asset quality Likely to be manageable

Saudi public corporates generally have reasonable financial profiles, with a median total debt/EBITDA ratio of around 3x in 2021, according to data from S&P Global Market Intelligence for corporates accounting for about 54% of all Saudi corporate debt or 35% excluding Saudi Aramco.

This suggests that the corporate sector–traditionally funded at floating rates–should be able to face a gradual increase in interest rates.

However, we note that stiff competition and the leveraged financial profiles of some borrowers may limit banks’ capacity to pass on this increase to borrowers. Indeed, S&P doesn’t expect Saudi banks to increase rates for fragile clients. Similarly, government support is to remain, particularly the Kafala program (the engine behind the recent expansion of this business in Saudi Arabia), which will mitigate the fallout from rising rates, if any.

Following strong expansion in 2020 and 2021, we continue to expect credit growth to stay strong at about 12% in 2022. This is slightly lower than the weighted-average public guidance of Saudi banks (13%-15%), reflecting mostly our expectations for steeper rate increases.

“At some point, higher rates will gradually cool off lending growth. Specifically, we believe that mortgage growth will start to moderate, even in nominal terms, in 2022 as the market becomes more saturated. Between 2019 and 2021, more than 560,000 contracts (or one for every seven households in the country) were extended. Appetite for mortgages could also decline considering the rise in the household debt burden and as mortgages become more expensive.”

Meanwhile, the increase in contracts extended related to Vision 2030 projects, along with private-sector support programs, should boost demand for credit among corporates. At this stage, we expect credit growth to normalize at about 10% by 2023.

The report notes that the higher rates will help banks to promote savings products in line with Vision 2030.