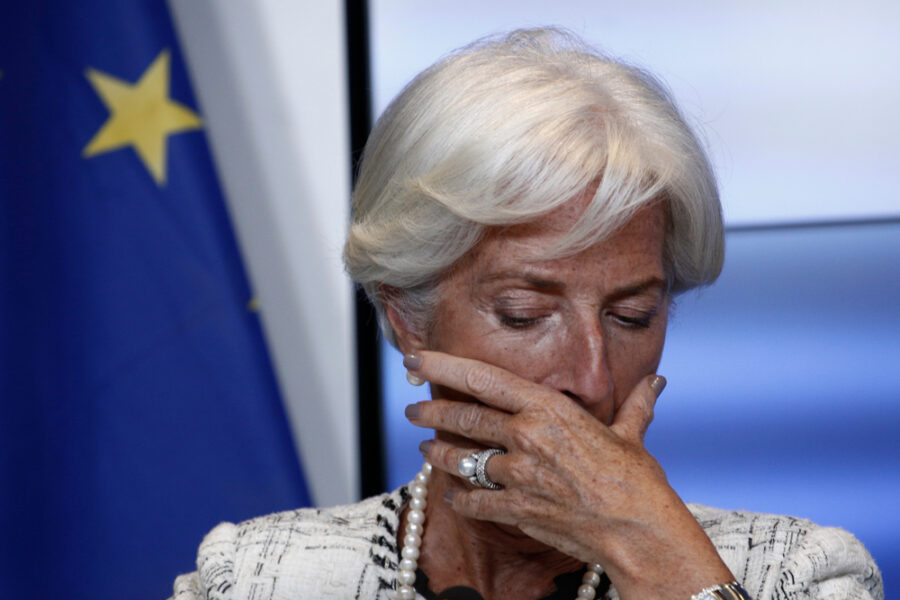 President of the ECB Christine lagarde

As of tomorrow, Friday, July 1, the European Central Bank (ECB) will start activating its bond purchase mechanism, which it considers the first line of defense against any potential debt crisis in the bond market.

It seems clear that by reactivating this program, the ECB, as well as other central banks in the world, has opened a fierce battle against inflation to overcome it getting out of control if not curbed.

But can they use, in this battle, all the weaponry that could restrain growth and plunge countries into economic stagnation?

“Bloomberg” says that the adoption of the “flexibility” tool, regarding the reinvestment of the proceeds of the ECB’s Bond Purchase Portfolio (PEPP) during the Corona epidemic, amounting to 1.7 trillion euros ($ 1.8 trillion), aims to reduce undue disruptions in government bonds. This is at a time when interest rates are being raised from record low levels to curb unprecedented inflation.

The ECB had announced at an emergency meeting on June 15 that it would “show flexibility in its monetary policy” in order to relieve pressure on sovereign debt markets and design a new tool to combat unjustified jumps in bond yields in the euro area, in light of the pressures that are facing markets on the back of a possible first rate hike in more than a decade.

The decision was taken after the rise in Italian bond yields, the second largest market for euro government debt in terms of volume. This is in addition to the increasing interest rate differentials required of northern and southern European countries to borrow and finance their deficit, which threatens to trigger a debt crisis in the eurozone.

Thus, the new “anti-fragmentation tool” aims to reduce interest rate differentials between countries benefiting from good borrowing conditions and others.

ECB President Christine Lagarde refused, at the annual conference of the European Central Bank, which was held in Portugal, to provide details of this new instrument, saying only that the central bank’s goal is to address the risks of retail in the eurozone.

On revitalizing the bond purchase mechanism, Lagarde said: “We decided to implement this flexibility tool by reinvesting the proceeds back from bonds due on July 1 from the Pandemic Emergency Bond Purchase Program portfolio.”

“We will ensure that we maintain an orderly exit from our political stance across the eurozone, and we will address every obstacle that could pose a threat to our mission of maintaining price stability,” she added.

In 2011, following the sovereign debt crisis, European countries faced high borrowing costs – and some of their imbalances were addressed. But there are still concerns about the region as a whole, particularly because it has one monetary policy for 19 different fiscals.

Tomorrow also ends net buying under a separate asset purchase program, which may expose some highly indebted countries in the eurozone to speculative attacks by investors.

The ECB is expected to announce at its meeting on July 21, that it will raise the interest rate by a quarter point for the first time in 11 years, once the debt purchases in the market are ended.

This is followed by an additional rally on Sept 8th if necessary, and then may go a step further unless inflation expectations improve by then. This comes at a time when Lagarde insists that policymakers are willing to do more to address record inflation.

The ECB’s ultimate goal is to return inflation to a level close to 2 percent, which peaked in May with more than 8 percent in the eurozone. It could increase further in June, according to figures expected on Friday.

There is no doubt that the task is very difficult for the ECB, which faces major economic challenges, exacerbated by the Russian-Ukrainian war.