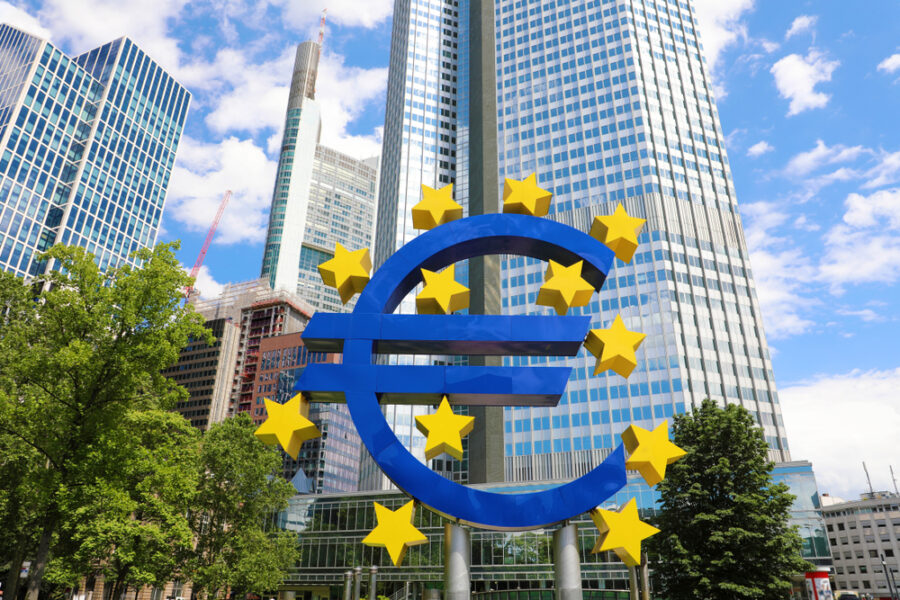 It was expected that the European Central Bank (ECB) would maintain its zero-interest borrowing rate, but the surprise was its unexpected decision to speed up the process of ending the Corona-linked monetary stimulus.

The ECB is looking with great concern at the economic repercussions of the Russian-Ukrainian war, which prompted it to make a sharp cut in its forecast for GDP growth in the euro area for 2022, while greatly raising its expectations for the inflation rate.

The ECB’s sudden decision to speed up the end of its public and private bond buyback program, or “quantitative easing”, its main weapon when inflation was low, indicates that it is becoming more concerned about the rate of inflation than that of economic growth.

This was clearly explained by ECB President Christine Lagarde, who said that this war “will have a significant impact on economic activity and inflation, thanks to rising energy and commodity prices disrupting international trade and striking confidence.”

She sounded the alarm over the future of the eurozone, saying that “risks to the eurozone’s economic outlook have increased significantly” due to the war.

And many ECB officials had earlier suggested that the invasion of Ukraine would disrupt the removal of the monetary stimulus without preventing it.

The price hike accelerated alarmingly in February, reaching a record level of 5.8 percent in the eurozone, while the central bank’s target was 2 percent.

The rise in these prices was boosted by several factors including strong demand post-pandemic, high energy prices which jumped 31.7 percent in February, and a shortage of supplies.

Today, however, it is mostly motivated by the war in Ukraine, especially since Russia is one of the main energy suppliers to the EU.

The bank had previously wanted to reduce debt purchases to 20 billion from October and keep them “as long as necessary.”

A statement issued after the bank’s meeting said the board of directors would “conclude net purchases… in the third quarter” if the medium-term inflation outlook does not subside.”

The bank also announced that the 1,850 billion Euro emergency debt purchase program launched in 2020, to counter the recession caused by the Covid pandemic, will end following March. It kept key interest rates at their lowest historical levels, especially the 0.5 percent tax on bank liquidity that was not disbursed as loans to finance the economy.

The ECB sought to lessen the correlation between ending its purchase of bonds and the start of interest rate increases. Contrary to what it has done so far, it no longer asserts that halting debt purchases will automatically be followed by a rise in interest rates.

This gives the monetary decision maker a great deal of flexibility and leaves open the option of raising the interest rate before the end of the year, given the risk of inflation and great uncertainty.

The statement indicated at this point that “any interest rate adjustment will take place some time after the end of the net purchases of the Board of Directors under the asset purchase program and will be gradual,” without specifying the time period.

Lagarde still expects the eurozone economy to experience strong growth in 2022, but believes that the pace will be slower than expected before the start of the war.”

In terms of data, the ECB lowered its forecast, expecting GDP growth of 3.7 percent this year, compared to 4.2 percent in the latest forecast. On the other hand, it is expected that the price increase will reach 5.1 percent, compared to the 3.2 percent that was expected so far.