The Egyptian pound sinking due to continued foreign reserves decline

Capital Economics: Currency to drop to 21 pounds/dollar by end 2022 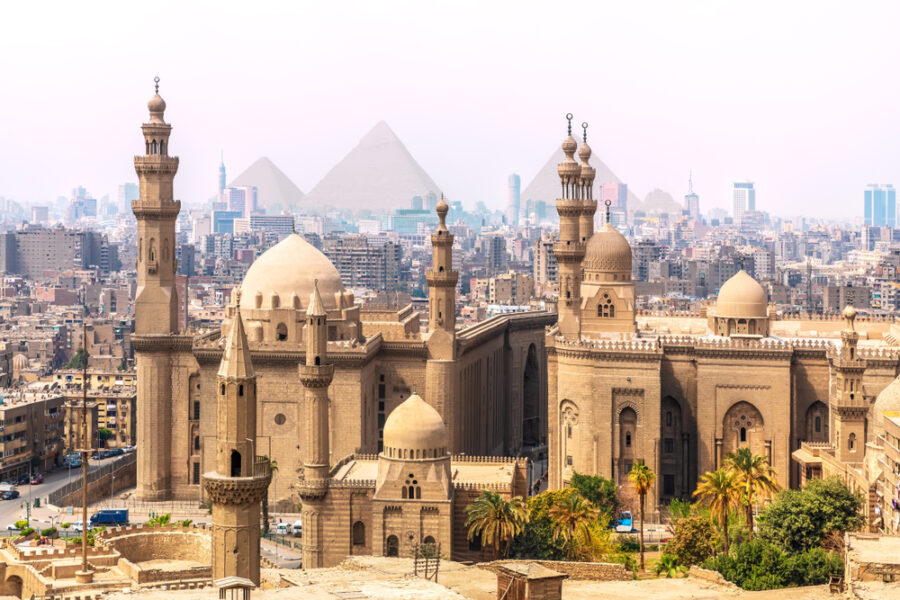 What is happening in Egypt? Why this dramatic decline in currency prices? Where are the negotiations with the International Monetary Fund heading to?

On Monday, the value of the Egyptian pound fell to its lowest level in more than 5 years against the US dollar, registering over 19 pounds.

Five years ago – specifically in December of 2016 – the Egyptian pound recorded its lowest level ever when the Central Bank decided to float the pound against the dollar allowing it to reach about 20 pounds. That year was considered the worst in the history of the Egyptian currency because it lost about 185 percent of its value in one year.

And last March, the Central Bank was forced to devalue the local currency again, as the Egyptian pound lost about 17 percent of its value against the dollar, to reach a selling price of the green currency that exceeded 18 pounds.

These developments are due to the Russo-Ukrainian war that broke out in February and caused significant increases in the prices of grains, oils and fuel. This war harmed Egypt greatly and threatened its food security due to its dependence on the two warring countries for its grain imports, especially wheat, with Egypt being the largest buyer of this commodity in the world.

These two countries are also major sources of the influx of tourists to Egypt, and thus a great source of foreign exchange. Russians and Ukrainians made up about a third of all arrivals to Egypt in 2021.

The rise in the prices of food commodities globally has caused high levels of inflation in Egypt, exceeding the upper limit of the Central Bank’s estimates during the current year at 9 percent.

Noting that it fell for the first time in seven months during the month of June, recording 14.7 percent, compared to 15.3 percent in May. This does not mean, of course, that prices have fallen, but rather that they have risen at a slower pace.

Egypt faces the risk of depleting its foreign exchange reserves if it does not obtain new loans in light of a wave of exiting investments that Bloomberg estimated at about $20 billion in domestic debt instruments this year, when previously it represented a preferred market for investors.

Analysts estimated that the country suffers from a financing gap of between $40 and $45 billion for the next 12 months.

Net foreign reserves declined to $33.375 billion at the end of June, losing 5.95% of their value on a monthly basis. They also declined by 18.45 percent during the first six months of this year.

Of note is that the remittances of Egyptians abroad, which are the largest sources of hard currency for Egypt, continued their pace, albeit with a slight decrease, to record $2.4 billion last May, compared to $2.6 billion in May 2021, and compared to $3.1 billion during the month of April of this year.

Egypt had recently obtained pledges of more than $22 billion, in the form of deposits and investments, from Saudi Arabia, the UAE and Qatar.

“We believe policy makers need to stick with the transition to a more flexible exchange rate regime and allow the pound to weaken in order to correct external imbalances,” the company explained in a report.

The report attributed the depreciation of the pound to the repercussions of the Russian-Ukrainian war, which cast a shadow on Egypt, a net importer of basic commodities.

This also caused the huge current account deficit of Egypt to widen during the year, which in turn caused a struggle to attract stable forms of external financing.

Thus, “officials will need to commit to their switch to a flexible exchange rate in order to restore macroeconomic stability,” the report added.

The current account deficit was 4.3 percent of GDP in the first quarter.

To face all these developments, Egypt requested support from the International Monetary Fund in the form of a new loan.

According to Egyptian Finance Minister Mohamed Maait, in statements on Monday, the amount of support required from the fund is less than $15 billion, within the framework of an expanded financing facility mechanism that has been negotiated between the two sides for several months.

Maait expressed his optimism that an agreement with the Fund could be reached before the end of the year, at a time when negotiations between them are witnessing “good progress.”

The Fund had put forward “conditions” last week, saying that Egypt needs to make decisive progress in financial and structural reforms to enhance the competitiveness of the economy, improve governance, and enhance resilience to shocks.

At the end of June, the Egyptian authorities announced that the World Bank had allocated $500 million in aid to Egypt to enhance food security.