Travel and tourism on recovery path, despite high energy prices

The number of international tourist arrivals has more than doubled 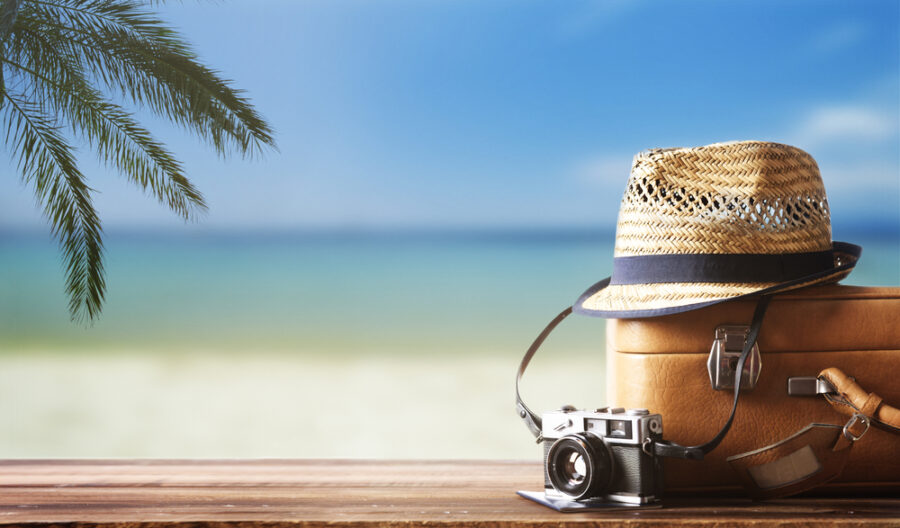 With the decline in the severity of restrictions previously imposed globally due to the Coronavirus, the travel and tourism sector began to recover after a period of stagnation that lasted for two consecutive years.

But the expectations of the Director-General of the International Air Transport Association (IATA) Willie Walsh to raise airline ticket prices after the increase in energy costs may point to further challenges for a rapid recovery in tourism.

The latest data of the World Tourism Organization indicates that the number of international tourist arrivals more than doubled (130 percent) in January 2022 compared to 2021, an increase of 18 million visitors registered worldwide in the first month of this year, equal to the total increase for the whole of 2021.

Emirates and Etihad expect the aviation industry to recover next year

The presidents of Emirates Airlines and Etihad Airways said on the sidelines of an aviation industry conference that they expect the industry to recover next year from the effects of the coronavirus pandemic.

Emirates President Tim Clark said the Russian invasion of Ukraine will delay until the middle of next year the expected recovery to air traffic levels achieved in 2019, adding that had it not been for the outbreak of war in Europe, recovery would have been possible by the end of this year.

For his part, Etihad CEO Tony Douglas expects the industry to return to 2019 levels from “mid to end 2023.”

Meanwhile, Europe and the Americas continued to register strong travel levels, with international tourist arrivals almost half pre-pandemic levels. The rate of increase in Europe was 199 percent and the Americas was 97 percent.

In January 2022 compared to 2021 the Middle East and Africa witnessed 98 percent and 51 percent growth in travel consecutively. These figures indicate that 2022 will be the year of recovery for the travel and tourism sector.

Despite the recovery in international tourism, reservations for air travel are running into high prices as a result of the increase in gas and oil prices, in addition to the emergence of some slowdown in reservations, especially in the week following the Russian-Ukrainian war in late February.

This impeded a return to pre-pandemic global travel levels, but reservations rebounded in early March.

The Russian-Ukrainian war is causing havoc in energy and food markets as well as rampant inflation around the world and is also hurting the tourism industries in some countries more than others.

According to Euromonitor, global domestic tourism will be affected by $6.9 billion in 2022 due to the collapse of Russian and Ukrainian tourism. Some Middle Eastern countries may face the brunt of this.

However, Arab countries impacted by the war in terms of tourism are seeking to compensate for the Russian and Ukrainian tourists with activities that attract other tourists, especially since they have established a vibrant tourist infrastructure.

Gulf countries have allocated several events and activities, developed tourist attractions that have contributed to the revitalization of the sector, and led to the attraction of many different nationalities.

For example, you can now ski in Saudi instead of going to Switzerland or the Alps, and you can go to the most beautiful beaches in Bahrain instead of Greece and Spain, and you can travel to the future in the UAE through the “Museum of the Future” that was recently inaugurated in Dubai.

In the following, we will list some activities that you can do when visiting Gulf countries.

Expo 2020 has undoubtedly contributed to enhancing UAE’s position on the global tourism map, but there are still many strong reasons to visit and enjoy the country.

The UAE is characterized by having many international entertainment destinations, surrounded by the beauty of skyscrapers, commercial markets, the Museum of the Future, the Global Village, and the world of “Warner Bros” in Abu Dhabi, which is the largest indoor entertainment city in the world. The UAE also has the “IMG Worlds of Adventure”, and Ferrari World. Many festivals are also held in the country.

According to InsureMyTrip, Dubai was ranked as the best destination for family vacations in 2022 and is considered one of the safest cities in the world.

Saudi attracts tourists from all countries because of its tourism and entertainment projects, in addition to the various administrative facilities it adopts for the arrival of tourists, in order to develop the tourism sector as one of the important and pivotal sectors that satisfies Saudi Vision 2030.

The “Trogina” project was developed as a global destination for mountain tourism.

It will include a range of hotels, health and family spas, retail and restaurants, as well as various sports, and an interactive reserve.

The project will also include the first outdoor ski resort in the desert mountains in Saudi, using futuristic technologies in an area 33 times the size of New York City.

Bahrain used travel restrictions as a period to implement tourism infrastructure projects, such as the waterfront development project. This project is expected to be very popular with tourists, and establish the country as an important point for seafront holidays.

The project will provide new beaches, floating restaurants, luxury hotels, and water attractions on the Bahraini coast. These include the Galali waterfront project, and the Bahrain Bay project, in addition to an exhibition center that will be the largest in the Middle East.

On the other hand, European countries are trying to lure Gulf leisure travelers to boost and grow global travel and the tourism sector.

The data shows that the places that Gulf travelers are most likely to go to are the most traditional European destinations such as the United Kingdom, Italy, Spain, Switzerland, and the Maldives.

Gulf travelers are planning to take longer trips and spend more than usual on their summer vacations this year to make up for the lack of overseas vacations over the past two years.

New data released by the travel loyalty program Marriott Benvoy, shows that of the 85% of Emiratis who are already confirmed to be heading abroad this summer (from June to September), 98 percent say they will spend more than usual, – an average of 11,832 dirhams per person. Among those intending to travel abroad, nearly three-quarters (73 percent) intend to spend longer than usual.

The same data also shows that of the 78% of Saudis who are confirmed to be going abroad this summer (from June to September), 98% say they will spend more than usual – an average of 12,000 riyals per person.

Also, 64% of travelers plan to take at least one vacation of two weeks or more.