Ukraine crisis will disrupt crude, coal and LNG, sanctions or not

Even when nations don't sanction Russia, private companies will 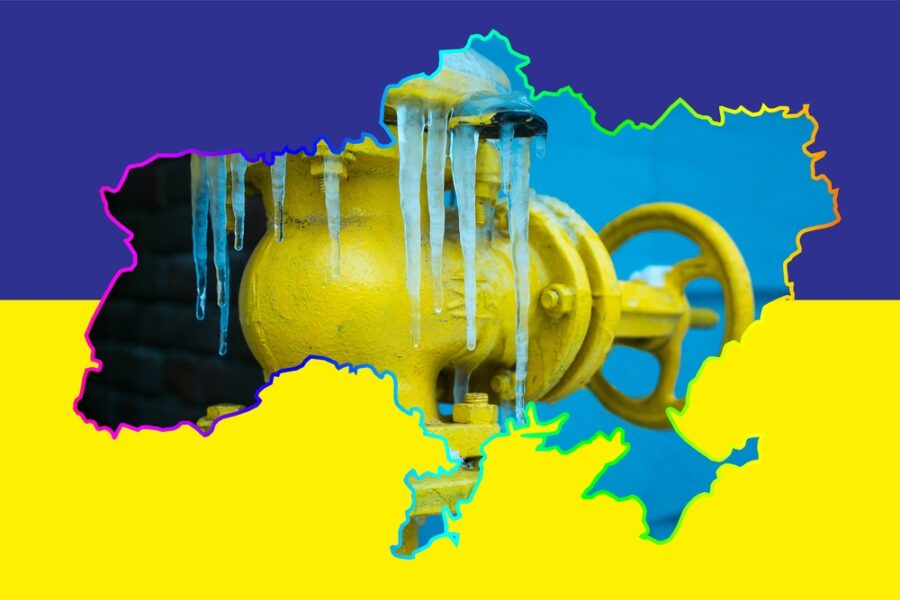 Russia’s invasion of Ukraine will disrupt the global movement of energy commodities, even if Western powers don’t impose sanctions on exports from Russia.

So far none of the retaliatory measures against Moscow have been targeted at exports of crude oil, coal, or natural gas, the latter either by pipeline or by ships as liquefied natural gas (LNG).

That’s perhaps an acknowledgment of Russia’s importance to the global supply of these commodities, and especially with regard to natural gas, with Russia meeting about 40% of Europe’s annual demand.

But even if the United States, Europe, and other allied nations such as Japan and South Korea decide not to impose measures against Russia’s energy exports, it’s likely that private companies will effectively do it for them.

The risks of doing business with Russia will become too much for many companies to bear, even without sanctions.

Clear illustrations of this were reports that a coal bulk vessel chartered by commodity trading house Cargill was struck by a shell in the Black Sea in Ukrainian waters on Thursday, just hours after Russia launched a widespread attack on its neighbor.

Very few trading, shipping, and insurance companies will be prepared to take the risk of dealing with cargoes from Russia, fearing either physical attack, payment issues because of financial sanctions, the risk of non-delivery if further measures are enacted against Russia, and even public and investor backlash for continuing to do business with a country now largely viewed as conducting an illegal war.

So, how does this play out in the real world of commodity trading?

The first point is that this is likely to be a long, drawn-out process that lasts for months, if not years.

Russian energy commodity exports will likely continue for some time pretty much as they are, but will then start to change.

Russia supplied about 2.66 million barrels per day (bpd) of crude via the seaborne market to Europe in February, according to Refinitiv Oil Research data, and it regularly ships more than 2 million bpd a month.

European refiners will now be reluctant to buy Russian crude, and it’s likely that the main Urals grade will have to be offered at very steep discounts to find any buyers.

Already Urals differentials hit an all-time low, dropping to a discount of $11 a barrel on Thursday as buying interest in northwest Europe evaporated.

Who will be prepared to buy Urals crude? The obvious answer is China, which has so far indicated that it won’t join any sanctions against Russia.

But for Urals to go to China, they would have to undertake a long sea voyage through the Suez Canal or around the Cape of Good Hope, adding to the cost of transportation.

This means Chinese refiners are likely to demand even bigger discounts in order to take Urals cargoes, and even then, it’s unlikely that they would take even close to the volumes Russia is likely to lose in Europe.

There are other countries that may be tempted by cheap Russian oil, but it’s likely they will come under pressure from Western nations, especially the United States.

Russia also supplies crude oil to Asia, with the ESPO grade being sought after, especially by Chinese independent refiners.

Russia exported 1.29 million bpd of seaborne crude to Asia in February, according to Refinitiv, with the bulk of it, about 718,000 bpd, heading to China.

These flows are under threat in the coming months, meaning Russia will be looking for new markets or trying to put more volumes into China.

Conversely, European refiners, as well as those in Japan and South Korea, will be seeking to boost imports from alternative suppliers, and given the current tight nature of the global crude oil market, this is going to be tricky.

It’s likely that pressure will be ramped upon members of the Organization of the Petroleum Exporting Countries to boost output rapidly, and abandon the current output deal they have as part of the wider OPEC+ group, which includes Russia, especially if global benchmark Brent crude futures hold above the $100 a barrel level breached after the invasion of Ukraine on Thursday.

Again, this trade is likely to become poisonous for European utilities, meaning they will be scrambling to buy cargoes from the United States, Colombia and South Africa.

This is likely to tighten global seaborne coal markets, especially if Japan, which bought 1.18 million tons of Russian coal in January, seeks to buy from other suppliers.

Benchmark Australian thermal coal from Newcastle port was assessed by globalCOAL at $244.29 a ton on Thursday, up 1.6% from the prior day and well above the $226.39 from last week.

Natural gas is where matters will get difficult for Europe, given its reliance on Russia and the lack of readily available alternatives.

Europe can seek to buy as much LNG as possible, effectively drawing cargoes away from top-importing region Asia, but this will be expensive, as can be seen by the jump in futures based on the Asian JKM price, which surged 28% on Thursday to a two-month high of $37 per million British thermal units.

Over time, Europe can buy more LNG from the United States and Qatar, which are currently building substantial new capacity, and they can seek to maximize the continent’s own output, mainly from the North Sea.

Europe can also invest heavily in renewable generation and battery storage, but in the short to medium term, the continent is still dependent on Russia, given President Vladimir Putin a lever he can pull if the sanctions, and voluntary cutbacks on commodity trade, start to cause Russia real pain.