UNCTAD: Global FDI may decline or remain flat in 2022 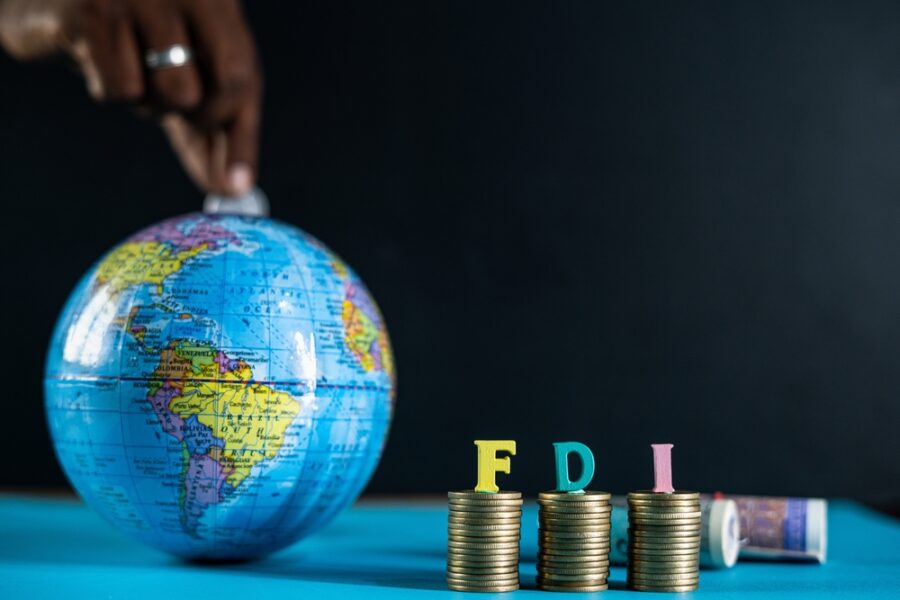 According to the United Nations Conference on Trade and Development (UNCTAD)’s World Investment Report 2022, foreign direct investment (FDI) increased to about $1.6 trillion last year. However, it warns that this trajectory is unlikely to continue in 2022, given the impact of the Russo-Ukrainian war and the ongoing uncertainty in the Covid-19 situation.

Flows of (FDI) recovered to pre-pandemic levels in 2021, hitting  $1.58 trillion – a 64 percent increase compared with 2020. But the prospects for this year are grimmer, said UNCTAD’s World Investment Report 2022.

The report, entitled “International tax reforms and sustainable investment”, noted that to cope with an environment of uncertainty and risk aversion, developing countries must get significant help from the international community.

“The need for investment in productive capacity, in the Sustainable Development Goals (SDGs), and in climate change mitigation and adaptation is enormous. Current investment trends in these areas are not unanimously positive,” UNCTAD Secretary-General Rebeca Grynspan said.

“It is important that we act now. Even though countries face very alarming immediate problems stemming from the cost-of-living crisis, it is important we are able to invest in the long term.”

Other factors clouding the FDI horizon include renewed pandemic impacts, the likelihood of more interest rate rises in major economies, negative sentiment in financial markets, and a potential recession, the report observed.

The analysis showed that the global FDI rose last year with momentum from booming merger and acquisition (M&A) activity and rapid growth in international project finance due to loose financing and major infrastructure stimulus packages.

While the recovery benefited all regions, almost three-quarters of the growth was concentrated in developed economies, where FDI flows soared 134 percent.

The report further highlighted that the flows to developing economies rose 30 percent to $837 billion – the highest level ever recorded – largely due to strong growth in Asia, a partial recovery in Latin America and the Caribbean, and an upswing in Africa. The share of developing countries in global flows remained just above 50 percent.

It demonstrated that the reinvested earnings component of FDI – profits retained in foreign affiliates by multinational companies – accounted for the bulk of the global growth, reflecting the record rise in corporate profits, especially in developed economies.

Moreover, UNCTAD stated that the business and investment climate this year has changed dramatically as the war in Ukraine has resulted in a triple crisis of high food and fuel prices and tighter financing. Other factors clouding the FDI horizon include renewed pandemic impacts, the likelihood of more interest rate rises in major economies, negative sentiment in financial markets, and a potential recession.

In addition, the study explains that high profits and investment by multinational companies in new projects overseas were still one-fifth below pre-pandemic levels last year. For developing countries, the value of greenfield announcements stayed flat.

Furthermore, UNCTAD foresees that the growth momentum of 2021 cannot be sustained and that global FDI flows in 2022 will likely move on a downward trajectory, at best remaining flat,” the report underlines. “However, even if flows should remain relatively stable in value terms, new project activity is likely to suffer more from investor uncertainty.