Participants may not issue closing statement 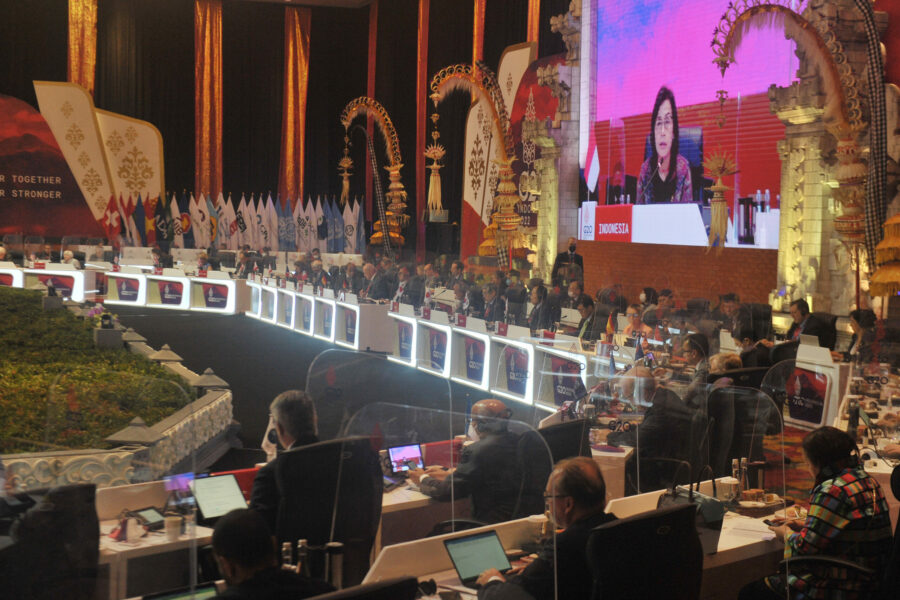 Senior financial sector officials from the Group of Twenty (G-20) are in Bali today and tomorrow in order to discuss the repercussions of the Russian-Ukrainian war on the global economy in light of persistently high inflation and declining growth prospects.

Discussions of finance ministers and central bank governors in the G-20 focus on how best to encourage a return to growth after the coronavirus pandemic. However, the impact of the war in Ukraine and the food and energy crises are the issues that are now high on the agenda. Global tax reform will also be an issue.

“The world is watching us,” said Sri Mulyani Indrawati, Finance Minister of Indonesia, the host country. “The measures we will take will have a very important impact on all countries of the world,” she added.

And she warned that “the price of our failure to agree is greater than we can bear,” adding that “the humanitarian consequences for many low-income countries will be catastrophic.”

On the eve of the meeting, US Treasury Secretary Janet Yellen considered the “greatest challenge” to the global economy stemming from the war in Ukraine, stressing that “representatives of (Russian President Vladimir) Putin’s regime should have no place in this forum.”

“We are witnessing the repercussions of this war all over the world, especially in terms of energy prices and growing food insecurity,” she added.

The talks are expected to reflect a split between Westerners who want to isolate Moscow economically, and major developing countries opposed to sanctions against Russia.

Russian Finance Minister Anton Siluanov is scheduled to attend the meeting virtually, while his Ukrainian counterpart Sergei Marchenko has been invited to speak online.

Yellen was involved in boycotting a G20 meeting in April when Russian officials spoke in Washington. The meeting ended without a final statement.

The French Press Agency believes that issuing a final statement is not a certainty this time either, given the possibility that countries will not reach a consensus on the causes of the current economic problems, and on Russia’s responsibility.

The meeting is attended by the finance ministers of Italy, Canada, India and South Africa, while many other countries have sent lower-level representatives.

European Central Bank President Christine Lagarde will participate remotely, as will the Chinese and Brazilian finance ministers, while World Bank President David Malpass will be absent.

International Monetary Fund Managing Director Kristalina Georgieva is expected to attend the meeting in person, and she had warned Wednesday of the “gloomy” global economic outlook.

On the eve of the meeting, the Financial Stability Board – an international body that monitors and makes recommendations on the global financial system – sent a letter to G-20 finance ministers and central bank governors.

The Board noted in particular the rise in sovereign debt, businesses and households, and the negative effects of tightening financial conditions on emerging markets and developing economies. It also identified risks arising from financial stress in commodity markets.

The letter also emphasized that stablecoins and other crypto assets do not operate in a regulation-free space and must meet all applicable regulatory requirements.