Will the Egyptian Central Bank raise interest rates on Thursday?

IMF: Negotiations with Egypt are in very advanced stages 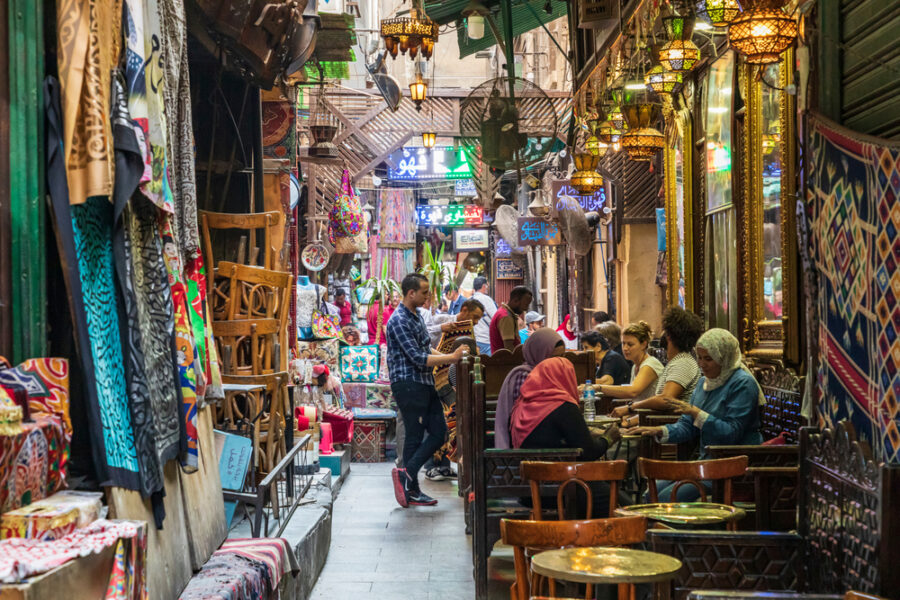 Will the Central Bank of Egypt raise the interest rate on overnight deposits at its meeting scheduled for Thursday?

All indications indicate that the Central Bank of Egypt is heading for an imminent increase in light of the continued high inflation rates and the weakness of the Egyptian pound.

It had kept interest rates unchanged at its two previous meetings, on June 23 and August 18. But it raised it by 200 basis points in May, in order to stem the rise in high inflation in the country.

The Central Bank of Egypt targets an inflation range between 5% and 9%, but it said last month that it expects a temporary rise from its target rate in the coming months, provided that inflation rates will gradually decline afterward.

The monetary policy committee meeting in the bank comes a day after the Federal Reserve meeting, where expectations range that it will raise interest rates between 75 and 100 basis points.

The Governor of the Central Bank, Tariq Amer, resigned from his position on August 17, a day before the meeting of the Monetary Policy Committee, and at a time when Egypt was negotiating with the IMF to obtain a financing program in light of the deterioration of its local currency,  the flight of funds abroad, and growing public debt.

The Director of the Middle East and Central Asia Department at the International Monetary Fund, Jihad Azour, said on Monday that the negotiations between the Egyptian government and the Fund’s management have entered very advanced stages and that Egypt is close to obtaining the final approval from the Fund. The fund official did not specify the value of the loan, which “will be determined at the end of negotiations.”

Last May, Egyptian Prime Minister Mostafa Madbouly said that negotiations with the IMF for obtaining new financing were in their final stages.

A Reuters poll expected the Central Bank of Egypt to raise the overnight deposit rate by 100 basis points.

Average expectations in a poll of 15 analysts indicated that the Central Bank of Egypt would raise deposit interest rates to 12.25 percent and lending interest to 13.25 percent.

Egypt’s economy has been hit hard. At a time when it was still struggling to cope with the repercussions of Corona, the Russian-Ukrainian war came to make matters worse.

This led to a rapid exit of hot money in the way it always behaves during periods of global instability. Foreign investors in the Egyptian bond market fled to more stable developed markets, taking vital foreign currencies with them.

Many Gulf countries rushed to support the depleted reserves of the Egyptian Central Bank, namely Saudi, the UAE, and Qatar which Egyptian President Abdel Fattah El-Sisi visited a few days ago.

And the Central Bank of Egypt announced in a report earlier this month that it had obtained short-term Gulf deposits worth $13 billion during the first quarter of this year (January/March 2022).

These new deposits come in contrast to other Gulf deposits obtained by the Central Bank in 2013, with remaining balances of about $14.9 billion: $4 billion for Kuwait, $5.3 billion for Saudi, and $5.66 billion for the UAE.

In total, according to the data of the Central Bank of Egypt, the total deposits of the three Gulf countries, namely Saudi, the UAE, Kuwait, and Qatar, rose to $28 billion.

According to official data, Egypt’s payable obligations this year are estimated at about $20 billion, of which $8.3 billion are due in the second half of 2022, knowing Egypt has paid a large part of those dues.