Will the far right succeed in sailing a punctured ship in Italy? 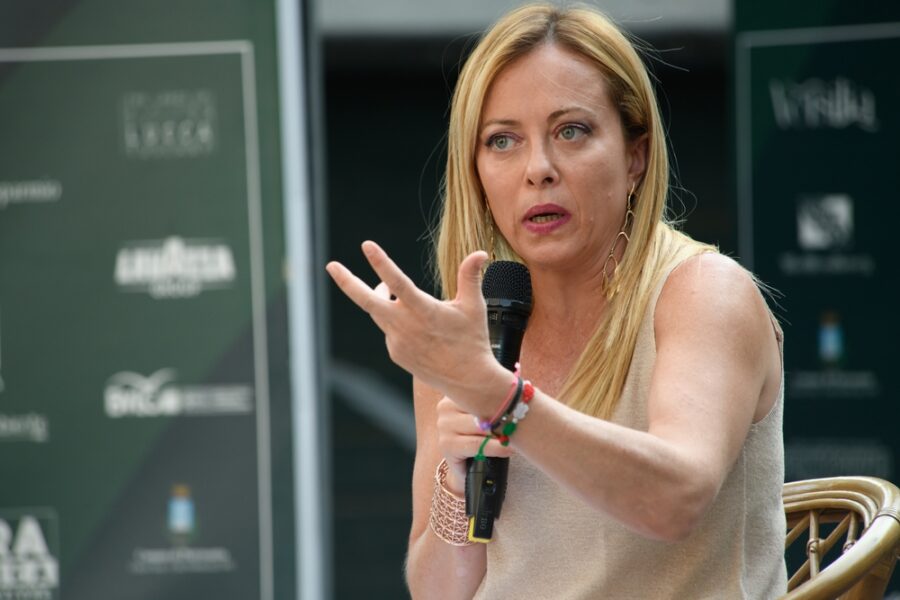 Italian voters head to the polls on Sunday in a snap general election that is likely to see a government led by a far-right party come to power. This represents a major political shift for a country suffering from economic and political instability.

Expectations indicate that the far-right “Brothers of Italy” party, led by Giorgia Meloni, will win the majority of votes and lead a right-wing coalition to power.

When Meloni was fifteen, she joined the youth wing of the neo-fascist party, which then changed its name several times before it became the “Brothers of Italy”, adapted from the title of the Italian national anthem, a movement aligned with Mussolini’s legacy.

It is true that Meloni is the most likely to lead the government today, who, if successful, will reside at the top of the political hierarchy in the country’s history, but experts believe that any possible successor to Mario Draghi (the former head of the European Central Bank) has no interest in steering the ship.

As in much of Europe, it is not just energy prices that are hurting Italian businesses and families. The overall inflation rate, exacerbated by the war in Ukraine, reached 9.1 percent in August, the highest level since the launch of the European Union Harmonized Index in 1997.

The new energy and inflation crises are on top of Italy’s chronic problems such as weak growth, stagnant productivity, huge public debt, low employment, and a faltering bureaucracy.

Italy has an almost $3 trillion sovereign-debt market and is the world’s third largest, following the U.S. and Japan.

At around 150%, Italy’s public debt-to-GDP ratio is now the highest in that country’s history and the second highest in the eurozone, after Greece.

Meloni has sought to assure investors and voters that she will govern with moderation. But some slip-ups in the latter stages of the election campaign – including signals that she will try to renegotiate Italy’s plan to spend EU recovery money – have raised new questions.

Meloni explains that the EU’s Stability and Growth Pact – which aims to keep the national budget deficit below 3 percent of GDP – should not be applied in the current economic climate and that Italy should not be subject to those conditions to receive pandemic recovery financing.

She also denounced the European Union’s response to the energy crisis, citing the impact of continued price hikes on businesses and households.

Rome is the largest recipient of the European Union’s COVID-19 recovery fund, which is worth 800 billion euros. €200 billion of EU funds have been allocated to Italy alone, which is vital to restarting the country’s economy.

According to the Financial Times, the fund is the most ambitious joint economic project in the European Union since the birth of the euro, bringing member states together, to ensure the issuance of joint debt by the European Commission on an unprecedented scale.

The left coalition insists that this funding is at risk if the right wins.

If Meloni wins, she is expected to start informal talks on a new government next week, and the main signal will be who she chooses to oversee Italy’s fragile finances.