Dubai is also home to his legendary dishes 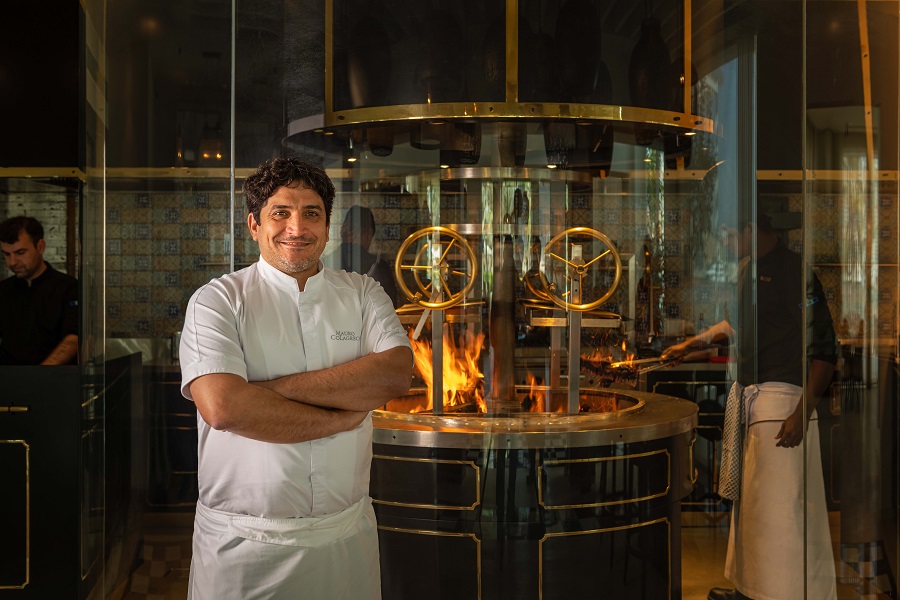 The journey of renowned chef Mauro Colagreco is a natural one, taking its ingredients from the very soil he grew up on as a child. His thirst for learning from the best took him around the world, leaving a global legacy behind. Today, Dubai is also home to his legendary dishes and one of the stunning settings the city is famous for.

Alp Sarper, Editor-at-large, Automotive & Lifestyle at Economy Middle East sat with Chef Mauro recently and had the below conversation.

How did you get into cooking?

My roots are partly Italian, and for us everything revolves around the dinner table. As a child, I spent most of my holidays at my grandparent’s house in the countryside where they grew their own vegetables, and my Italian grandmother literally cooked directly from the garden.

I initially studied economics, and by the age of 21, I knew I wanted to cook and went to culinary school led by the legendary Argentinian chef, Gato Dumas. Then my journey took me to France, La Rochelle with the intention of mastering the art of cooking and eventually returning home. I’ve now been in France for 22 years.

You’ve worked with some legendary chefs. What have you learned from them?

Indeed, I was lucky to work with some of the greatest chefs in the world, such as Bernard Loiseau, Alain Passard, and Alain Ducasse to name a few. I learned a great deal from each one, all the while building my own style in the background. Something all of them had in common was the respect they had to produce and the importance of how they combined these foodstuffs to make a dish.

When I eventually opened my restaurant in France, I decided to take a totally new approach, leaving my roots behind.

Some chefs attached importance to recognition, such as the Michelin Guide and certain lists. How does that change a chef?

It’s a great thing to be recognized, and of course, I am very proud to have three stars at Mirazur.

But as chefs, we don’t work for the prize, we work for our customers and our passion. This is something I learned from the tragic demise of Bernard Loiseau, who was so worried about losing his Michelin star. It was very strange to understand how important a star is to a French chef. I work for the guests, for the team, and I enjoy my work.

Chef Mauro : What made you come to Dubai?

I came here pre-pandemic. It was a conscious decision taken on the back of the spectacular development of Dubai as a global culinary destination with so many great new restaurants opening here. It is an exciting town.

My philosophy is not to re-create Mirazur here, but rather build something different with a new approach and a hint of the Mediterranean, but also to express my Argentinian and Italian roots.

When it comes to curating the menus, do you look at what’s available in Dubai and take it from there? Or are you a fan of flying things in?

Right from the beginning, there were some challenges because you need to keep in mind the European seasons. But then we adapted, as much as possible, to working with local foods such as local fish. And then we met a guy who used to live in Nice and now has a farm about half an hour from here, where he grows all sorts of produce. To answer your question, we strike a fine balance between the two.

What are some of the dishes we must have at your Dubai restaurants?

There is one dish that is legendary from Mirazur. It is the beetroot and caviar cream. We cook the beetroots and slice them very fine and serve them with caviar cream. It is one of my favorite dishes ever because it’s very simple but it’s something special. It’s so good, we pride ourselves in making people who aren’t fans of beetroot love it.

Over at the Beach Bar and Grill, we bring a bit of Argentina with our brand-new charcoal grill with the best meats from around the world. Cooked to perfection over charcoal, this is something from my childhood. We also have some fantastic Ceviche. To end it all, especially now as it’s strawberry season, we make a fantastic mascarpone and strawberry dessert. You’ll feel you are in France. 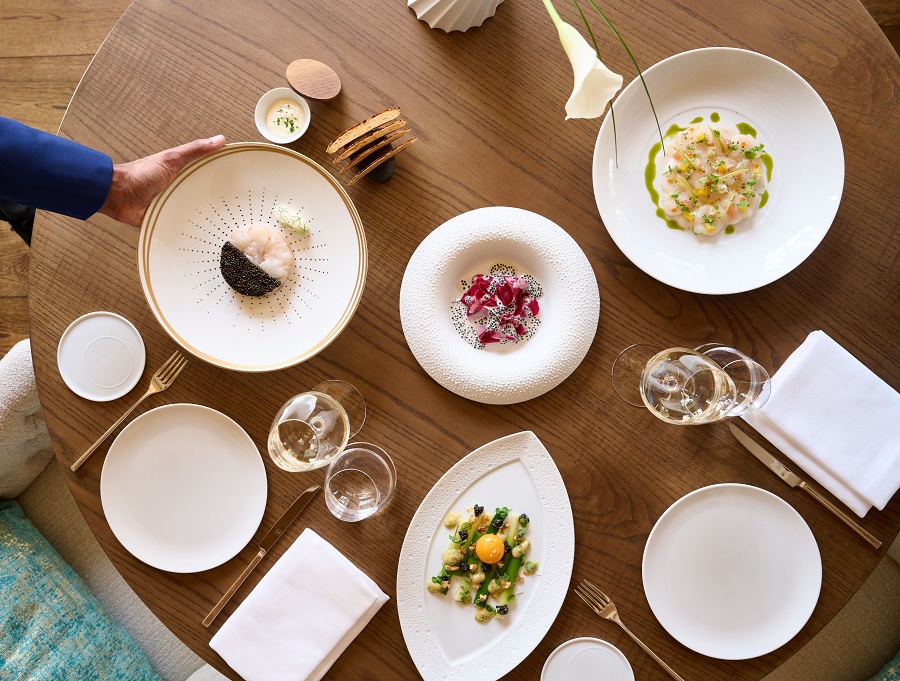 What are Chef Mauro Colagreco’s hobbies?

I would have to say, one hand in the kitchen and one in the soil. In France, we grow our own vegetables on five hectares of land near the restaurant in Mentone. I love to spend time in the garden because for me it’s the place where I forget everything.

I also love sailing and living on the coast helps. Of course, I have two boys who I spend a lot of time with, as much as possible.

How often are you in Dubai?

I love Dubai, I love this city. It’s incredible how rapidly it changes and grows. I really enjoy the desert experiences. I’m here at least three times a year and often pass by on my layovers to the far east as well. We have a big team who travel more than me and make sure all the restaurants around the world are taken care of.

What’s next for Mauro Colagreco?

We have a big opening in London at end of the year. It’s a huge project for us because London is a big market. We also have an agricultural project with UNESCO with regards to soil, and the kind of agriculture we choose for growing our vegetables, soil is very important. I think we need to take care of the world that gives us all the wonderful produce.

The crown Jewel of Mauro Colgereco’s many restaurants, Mirazur, is based in the scenic coastal town of Menton, in Alpes-Maritimes on the French Riviera, close to the Italian border. 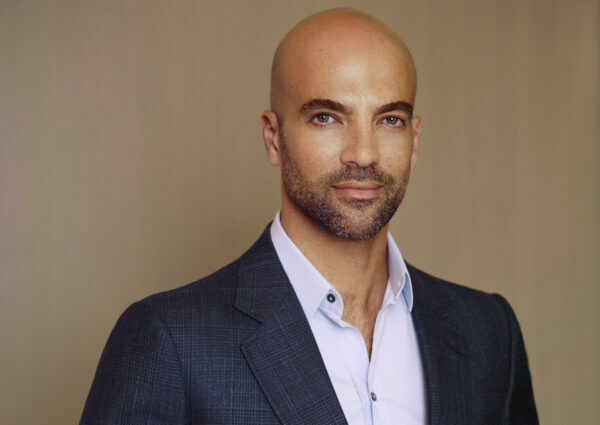 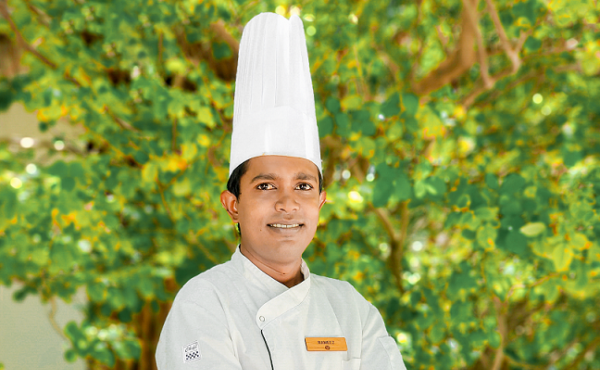 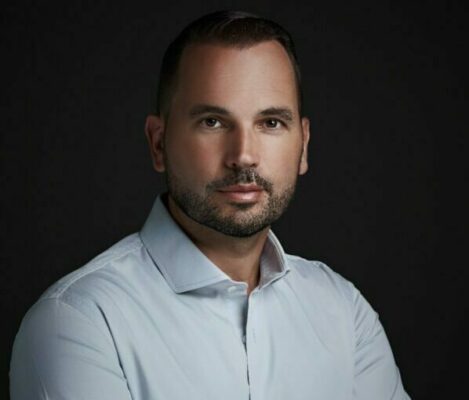 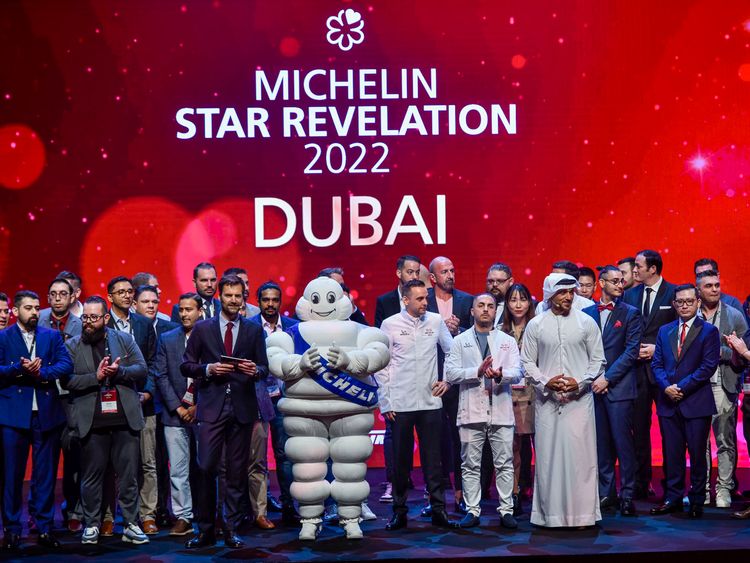