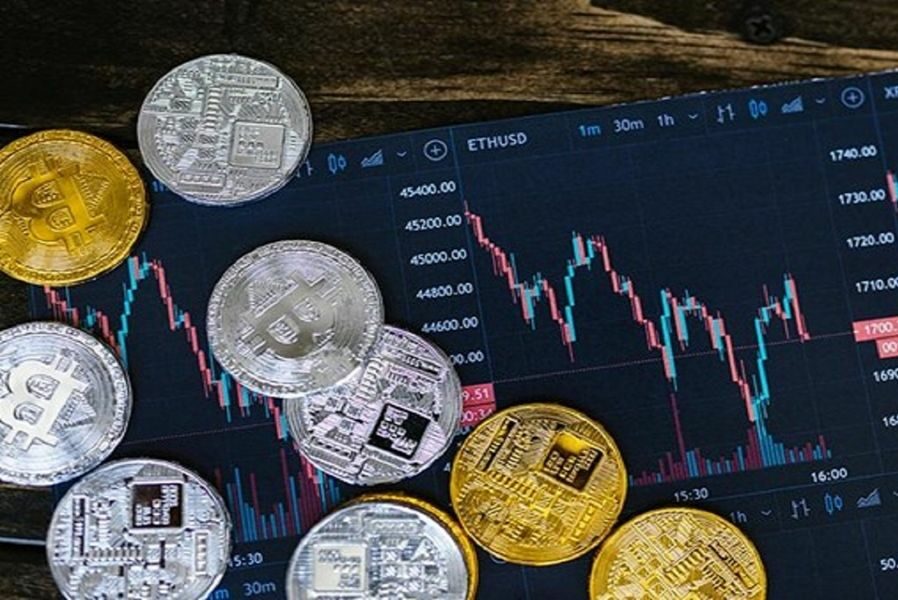 Cryptocurrencies are purely digital, in that they only exist within the code of a blockchain. It’s exactly because of this reason that some believe they can one day go down to nothing.

But that’s not how pricing in the market works.

Cryptocurrencies are tradable assets, much like stocks, and their price is determined by the level of interest in the market in buying them (demand), and how much is available to buy (supply). The relationship between these two determines the price.

Traditionally, an increase in demand leads to suppliers making more of it. But that isn’t possible with cryptos since virtually all of them have a finite supply. For instance, when it comes to Bitcoin, the maximum number of coins that can ever exist is 21 million.

Instead, there are plenty of other factors that influence the demand for cryptos, such as media coverage, endorsement by public figures, and such. The fear of missing out has also often been credited with playing a big role when it comes to crypto investment.

Due to all these factors, traders rush in to purchase crypto, and since its supply can no longer keep up with the demand, the price experiences substantial growth.

The reverse is also true, as we’ve experienced throughout 2022.

Down but not out

In 2022, Bitcoin’s price registered a significant drop since its all-time highs in November 2021. Bitcoin is the largest cryptocurrency by market cap, and a good indicator of the crypto market in general, as the altcoins usually tend to follow its trends.

According to CoinGecko’s recent report analyzing the performance of crypto markets in Q2 2022, the crypto market has been tracking the traditional markets quite accurately of late. This unfortunately also meant that they’ve been aping the sell-off action in the broader markets due to various factors such as high inflation, the war in Ukraine, and such.

The report also notes that it was a combination of micro factors and Terra’s collapse, as well as the insolvency of 3AC, which took down the platforms that were exposed to it, which together accelerated the slide in crypt prices.

Interestingly, however, their figures suggest that several participants in the crypto ecosystem continue to thrive even in the bear market. The falling prices seem to have shifted the demand for crypto from retail investors to institutional investors, and even entire countries.

A case in point is the deal between one of the largest asset managers in the world, BlackRock with Coinbase to allow its institutional clients to buy Bitcoin.

Coinbase pointed out the deal will help facilitate crypto adoption by institutional investors. This is something many experts believe is the logical next step in the evolution and maturity of not just Bitcoin, but also of the broader crypto market.

We can’t tell you how to trade in the current market, but we can show how the traders have been operating in the market during these last few months. According to the previously mentioned CoinGecko report, despite the market crashes, trading volume has more or less remained the same between the two quarters of 2022.

A major part of this is down to HODLers and whales–the long-term investors that follow the buy-and-hold strategy. From their perspective, the current crypto prices are quite attractive given their longer investment horizon. And they have done exactly that during this crypto winter.

Many experts believe the support of whales and HODLers will eventually lead to an upward trend in the prices. It again boils down to demand and supply–the more crypto the whales hold, the lower the supply, which will translate into a higher price.

In fact, according to Glassnode, the Bitcoin network is approaching a state where almost all speculative entities and market tourists have been completely purged from the asset. They argue that the exodus of the casual, opportunistic investors means that only HODLers, who have a deep-seated resolve, and the depth to hold on to their investments in a crumbling environment, remain in the market.

“There are few reinforcements coming into the Bitcoin demand side, and thus prices are correcting until these HODLers can set the floor,” opined Glassnode.