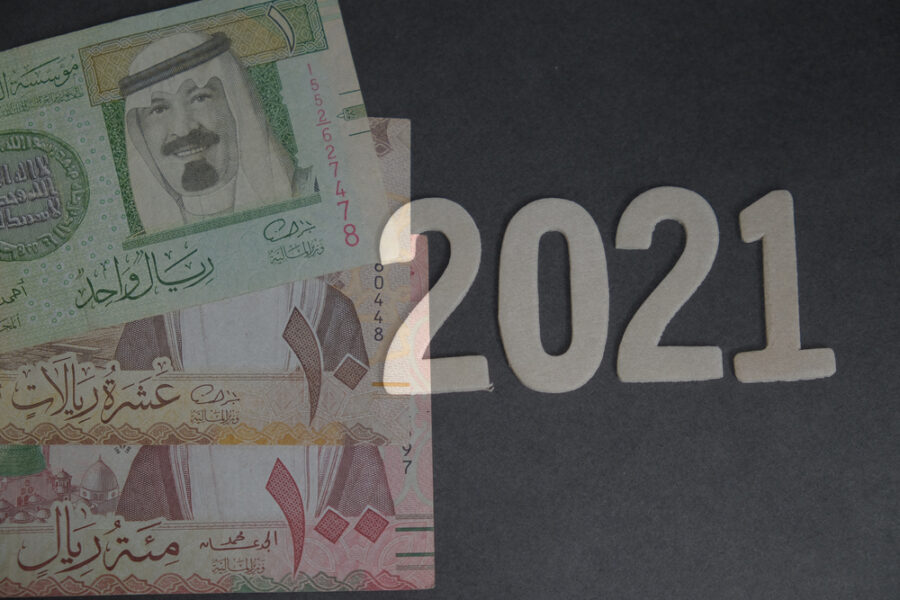 Figures published by the Ministry of Finance in Saudi Arabia showed that the kingdom recorded a budget deficit for the year 2021 that is 14 percent lower than what was previously estimated.

The most prominent factor that contributed to the decrease in the deficit is the noticeable rise in non-oil revenues, supported by the increase in economic activities, with the Saudi government continuing to increase the participation of the private sector, within the framework of the policy adopted by the Kingdom aimed at diversifying its economy within the framework of Vision 2030.

The kingdom expects to achieve a surplus of $24 billion in 2022 after it approved a budget that does not foresee a deficit for the first time since the collapse of oil prices in 2014.

It intends to use the surpluses it achieves to increase government reserves, meet the needs of the Corona pandemic, strengthen its financial position, and raise its capabilities to face global shocks and crises.

As well, the Kingdom announced that its economy grew by 3.3 percent during 2021, compared to a contraction of 4.1 percent in 2020, as it recovered from the impacts of the Corona crisis.

The growth exceeded the expectations of several global bodies. The International Monetary Fund estimated the Saudi economy would grow by 2.8 percent in 2021, while the World Bank figure stood at 2.4 percent, and the Organization for Economic Cooperation and Development put it at 2.3 percent.

On the other hand, the inflation rate rose by 1.2 percent last December, month on month with the previous year. During the month of November 2021, inflation was at 1.1 percent.

The Kingdom does not intend at the present time to modify the rate of the value-added tax that it imposed in January 2018, and which it raised in July 2020 from 5% to 15% due to the repercussions of the Corona pandemic on the economy, and the decline in oil prices at that time.

The Saudi Minister of Finance, Muhammad Abdullah Al-Jadaan, said, “The trend, in general, is to reconsider the value-added tax when economic and financial conditions improve.”

Despite the jump in government spending, the Kingdom’s actual deficit decreased to 73.4 billion riyals ($19.6 billion) from an estimated deficit of 85 billion riyals.

This was supported by an increase in non-oil revenues, which rose by 8.41 percent from an expected 372 billion riyals to 403 billion riyals in revenues.

The increase in non-oil revenues accounted for 88 percent of the total increase in achieved revenues.

As for oil revenues, they amounted to 562 billion riyals, an increase of 4 billion more than expected.

This increase was due to subsidies that increased by 7 billion riyals, then items related to the increase in the use of goods, services, and other expenses amounting to 6 billion riyals each, then expenditures on non-financial or capital assets, an increase of 5 billion riyals.