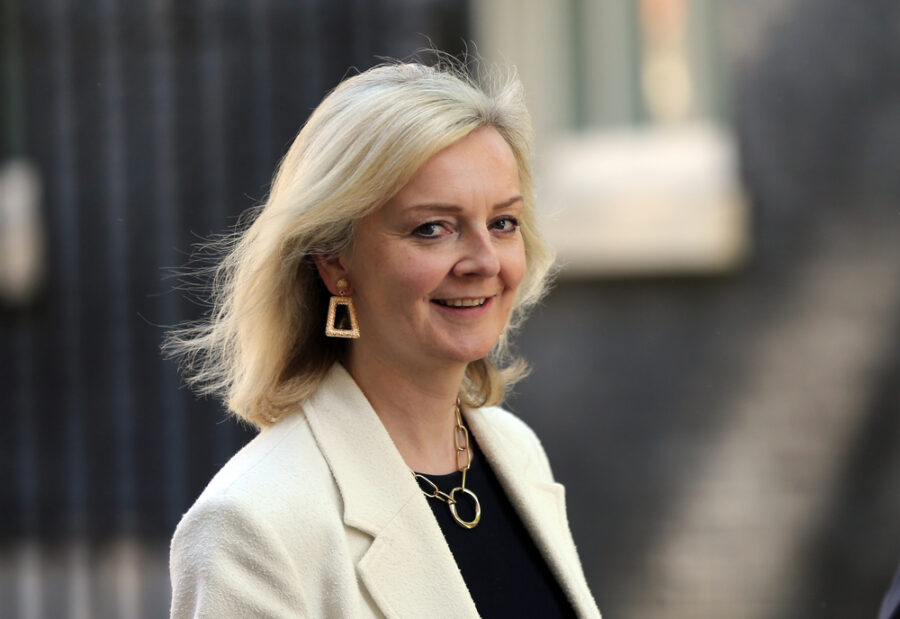 The frontrunner to replace Boris Johnson as the UK’s new prime minister has a plan to rescue the country from a likely recession in the form of a permanent tax cut. But many economists disagree.

Opinion polls pit Liz Truss, the UK’s foreign secretary, against former Chancellor of the Exchequer Rishi Sunak in the race to be decided by Conservative Party members in early September. The conservatives have until September 2 to choose their new leader, with the results of the vote being announced on the 5th.

If elected, Truss faces a host of challenges. Millions of Britons are struggling to make ends meet with inflation at a four-decade high (10.1 percent in July), driven by soaring household energy bills.

Families are preparing for an 80% increase in the value of their energy bills starting in October, when the British energy regulator, Ofgem, decides to raise the ceiling on electricity prices in light of the high energy prices in the wholesale market.

And “Bloomberg” reported that the latest estimates by the consulting company “Axelion” indicated that the value of the annual energy bill for the British family is likely to reach about 3,600 pounds (4,292 dollars), when, this week, the new pricing levels for the three months starting from the first of next October will be announced. Under current rules, the average annual bill is £1971.

In an interview with the newspaper “The Sun” on Sunday, Truss ruled out the possibility of an economic recession in Britain. “There is a lot of talk about a recession,” she said. “I don’t think it’s inevitable. Here, in Britain, we can unleash opportunities.”

The Bank of England raised the interest rate by half a percentage point for the first time in 27 years as part of its efforts to contain inflation. Thus, the interest rate in Britain became 1.75% in a precedent, the first since 2008, before the global financial crisis.

Truss’s cure to activate growth is a 6-point plan led by a commitment to cut taxes ‘now’ (with her opponent first wanting to lower inflation), deregulate businesses from ‘onerous’ regulation, repeal all EU-derived laws by 2023, and work with industry leaders to regulate British businesses and consumers. It will also create low-tax, low-regulated investment zones, and will reconsider the mandate of the Bank of England to be better at managing inflation.

On the tax front, the most important of the plan, Truss promised to scrap the income tax increase introduced in April and to forgo a planned increase in corporate tax next year from 19 percent to 25 percent. which was designed to help pay for relief costs from the pandemic, as well as suspend the green tax component in energy bills. In Truss’s opinion, the tax cuts will help rein in the runaway prices and boost growth.

According to estimates by the Institute for Fiscal Studies, Truss believes it can tackle the recession with a combination of tax cuts on personal and business income amounting to more than 30 billion pounds ($37 billion).

A Liz Truss spokesperson told CNN that the country’s tax burden will soon be the highest since the 1940s, stifling business, innovation and growth. The spokesperson explained that Lees’ tax cuts are “necessary, affordable, not inflationary”, and that lowering taxes and stimulating business investment will boost productivity, create new jobs and ensure people keep most of their money.

But Truss’ rival, Rishi Sunak, told her she could not support struggling British families this winter and stick to her main policy of tax cuts. On Sunday, he told her that controlling inflation was the most pressing issue, and he promised to cut the value-added tax on domestic energy bills from 5 percent to zero and cut income tax by 3 pence by 2029.

Truss’ claim has left many economists and officials confused. Some of them even went so far as to describe the tax plan as unrealistic.

Michael Gove, the Conservative MP, who held ministerial positions in the governments of three prime ministers over 11 years, considered in a statement to the “Times” newspaper on Saturday that Terrace is “far from reality” and said that “addressing the cost of living crisis is not by providing new financial aid and reduce taxes.” He stressed that the proposed reduction would be in the interest of the wealthy and large companies at the expense of small business owners and the most vulnerable groups.

“I don’t see how protecting stock options for FTSE CEOs is a priority over supporting the poorest in our society. In times of trouble, it can’t be the right priority,” Gove added.

Professor at the London School of Economics John Van Reenen also told CNN that Trace was wrong. Her proposal “will not reduce inflation, but rather increase it… Tax cuts increase money in people’s pockets, which leads to increased demand for goods and services… In the context of a very tight labor market, increased demand will exacerbate inflation.”

In an analysis by the Guardian, the article says that Truss’s claim about the tax cut plan which she estimated could cost £30 billion in lost revenues to the economy, was inaccurate and that the actual amount is likely to be much higher, possibly more than £50 billion a year.

The British are undoubtedly displeased as the country’s economic outlook is very bleak. It’s likely that all the proposed solutions will not avert the country’s recession, which will soon begin to show signs.