Unprecedented levels of unemployed youth in July since 2018 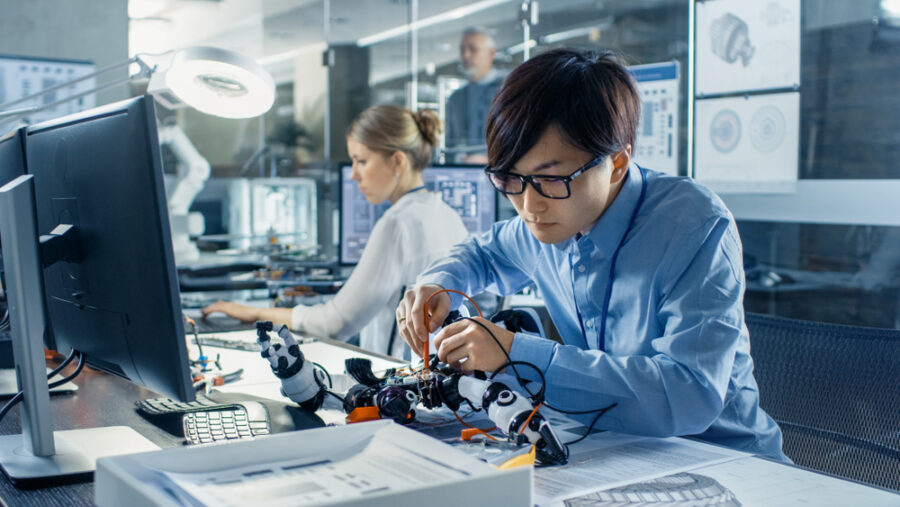 Chinese tech companies laid off an estimated 35,000 workers in the second quarter of this year

The Chinese government’s crackdown on tech companies is causing collateral damage to the youngest adults in this Asian country. Official figures showed that 20 percent of young Chinese cities were unemployed in July, three times more than the national average for the labor force, a level not seen since 2018.

Bloomberg reported Tuesday that millions of recent graduates in China will struggle to find jobs this year in the once-thriving tech sector, exacerbating the republic’s youth unemployment problems.

During a recent job forum in  ShenJinn, the stronghold of new technologies in southern China, a number of young university graduates stood in queues to interview companies looking for employees, painting a picture of the growing scale of this problem that threatens social stability.

Chinese tech companies laid off an estimated 35,000 workers in the second quarter of this year, adding to the abundance of ambitious employees in the field after President Xi Jinping’s efforts to curb the power of fast-growing tech companies.

Data from the National Bureau of Statistics on August 15 showed that China’s youth unemployment rate hit a record 19.9 percent in July. The figure was 6.1 percent in April, followed by 5.9 percent in May and 5.5 percent in June.

The slowdown in China’s economy has also hampered employment as some 11 million recent college graduates arrive on the job market this summer. Economic growth slowed to 0.4 percent in the second quarter at an annual rate, the lowest level in two years.

In late 2020, China launched a  large-scale crackdown on several of its major companies in key industries, raising investor concerns about the future of the Chinese dragon and how to preserve its economic prowess.  In the wake of this campaign, Chinese tech companies have lost billions of dollars in value due to new antitrust rules set by the Chinese government and restrictions on data use.

And not only were tech companies targeted.  The campaign also included Chinese companies operating in sectors such as the booming cryptocurrency market. China’s central bank has deemed all cryptocurrency transactions illegal.

The campaign also targeted companies operating in the education and energy sector, sparking speculation about the motives behind such unprecedented measures in China.

This campaign has caused the business of rival tech giants in China to decline. But some are beginning to emerge from their worst growth quarter in history. In the second quarter of this year, the e-commerce company “Alibaba” recorded its first steady growth on a year-to-year basis. Meanwhile social media and gaming company Tencent announced its first record decline in sales. JD.com, China’s second-largest e-commerce company, recorded the slowest revenue growth in history, while electric car maker Xpeng recorded a larger-than-expected loss.

The combined market capitalization of these companies is more than $770 billion.

In June, China saw a resurgence of COVID cases. China has adhered to the so-called “zero Covid” policy, a strict set of measures including lockdowns and mass tests to contain the virus. Major cities, including Shanghai, have been closed for several weeks.

Alibaba  CEO Daniel Zhang said in a company earnings call this month: “Retail sales fell year-on-year in April and May due to the return of the coronavirus in Shanghai and other major cities, and slowly recovered in June.”

Alibaba’s logistics networks in China have also been affected, and it said some cloud computing projects had been delayed, CNBC reported.

The question today is whether China will ease restrictions on tech companies so that they can regain their luster and give back young people their lost dreams.