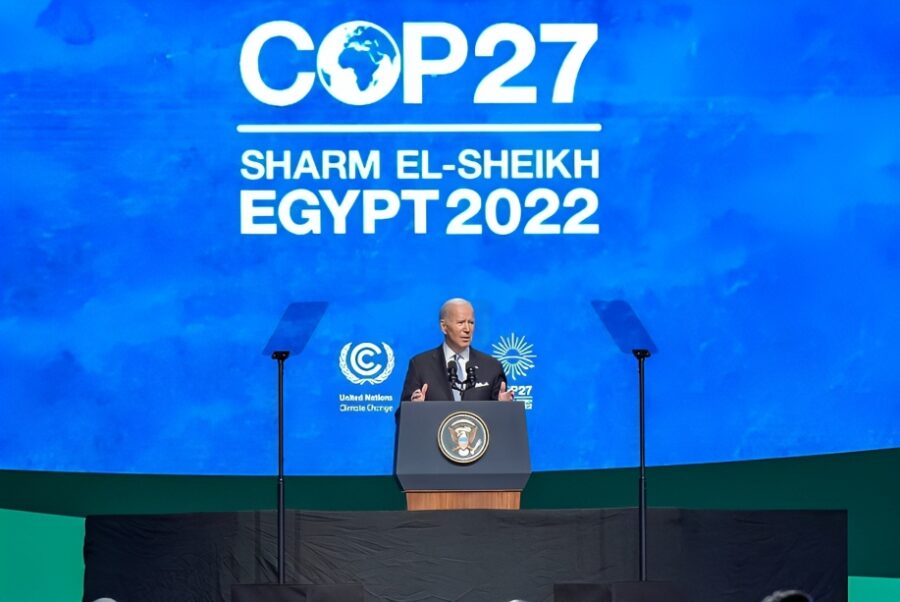 During his speech at the COP27 climate summit, US President Joe Biden announced that his country in cooperation with the European Union (EU), and Germany had pledged $500 million to Egypt for the transition to clean energy, a move that observers described as a strengthening of Washington-Cairo relations during the coming period.

Additionally, Biden confirmed that the US will provide $150 million to African countries to address the effects of climate change, which he described as “related to human, economic, environmental, and national security, and planet’s life itself.”

The assistance that Washington and Berlin will provide to Egypt will enable it to acquire 10 gigatonnes of renewable energy by 2030, as well as improve 5 gigatonnes of gas-generated energy, reducing Egypt’s energy-related emissions by 10 percent.

The US administration is expected to collaborate with Egypt to seize 4 billion cubic meters of natural gas that the country is currently losing due to burning, wind, and leakage.

Rakha Hassan, a former assistant to the Egyptian foreign minister and member of the Egyptian Council for Foreign Affairs, said in an interview: “The US president’s pledge to support Cairo with $500 million to help it transition to green energy sends out a message that despite the differences on some issues with Egypt, most notably on human rights violations, the bilateral strategic relations and political and military cooperation between the two countries will remain unhindered.”

The Egyptian Deputy Minister of Planning, Ahmed Kamali, previously stated that Cairo aims to achieve 50 percent of the state’s total general budget for green projects during the fiscal plan for 2024-2025, upon completion of 30 percent of green projects this year.