Does the agreement with the IMF solve Egypt’s problems?

Standard & Poor's confirms Egypt's rating at B with stable outlook 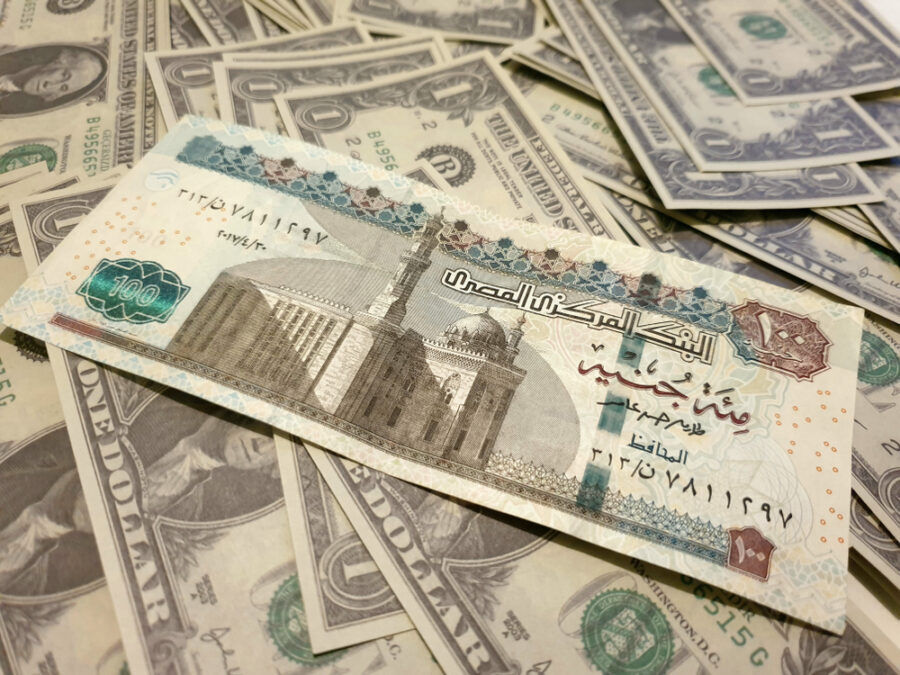 “The priority is to focus on curbing inflation, not the price of the local currency.” This is what Egyptian Prime Minister Mostafa Madbouly announced Sunday in what appears to be a wide divergence with the International Monetary Fund (IMF) over the flexibility of the Egyptian pound’s price.

Madbouly’s remarks at the opening of the “Egypt Economic Conference 2022: A Roadmap for a More Competitive Economy” under the auspices of President Abdel Fattah al-Sisi came at a time when the International Monetary Fund announced significant progress in talks with Egypt. He said last week that an agreement on a new loan was imminent.

IMF President Kristalina Georgieva said the two sides were still working on smaller technical details, but that these were “not trivial issues related to Egypt’s exchange rate policies.”

The details of the IMF deal remain unclear, but the IMF wants to extract a commitment from Egypt to allow the currency to move freely against foreign currencies, to give the private sector more space to participate in the economy, and sell state assets aggressively.

It seems from Madbouly’s words that the discrepancy with the IMF remains at this point, although its finance minister, Mohamed Maait, said last week, “We are in favor of the flexibility of the Egyptian pound’s exchange rate, if necessary.”

The Egyptian pound continues to fall and reached an all-time low on Sunday, currently at 19.71 pounds against the dollar, according to data from the Central Bank of Egypt, amid a significant increase in demand for foreign currency and a shortage of supply.

In March, Egypt began talks with the International Monetary Fund (IMF) for a financial support package, after the outbreak of the Russian-Ukrainian war that prompted foreign investors to withdraw nearly $20 billion from Egyptian treasury markets in a matter of weeks.

Inflation continues to accelerate in Egypt. Last September, it rose to its highest level since November 2018, with consumer prices in Egypt at 15 percent year-on-year, up from 14.6 percent in August, while core inflation, which excludes the prices of more volatile goods, jumped to 18 percent.

Standard & Poor’s confirmed Egypt’s rating at B with a stable outlook, basing its decision to maintain a stable outlook on its “expectation of continued commitment to the implementation of economic and structural reforms that will drive economic growth supported by an increase in the role of the private sector in economic activity,” Egyptian Finance Minister Mohamed El Maait said.

But does the agreement with the IMF solve Egypt’s problems?

Oxford Economics says another IMF loan will not necessarily solve Egypt’s recurrent economic plight unless accompanied by a strong government commitment to structural reforms of the liberal economy.

“We often see strong enthusiasm for the structural reform agenda in the run-up to borrowing from the IMF, but this enthusiasm and commitment then weakens, and if the Egyptian administration wants to improve its economy, it will have to strictly adhere to structural adjustments regardless of whether the IMF is in the picture or not,” the London-based foundation continued.

The report, seen by Economy Middle East, said the loan could in turn strengthen Egypt’s external economic standing, but it would not be enough to fill Egypt’s external financing deficit, which is estimated at $40 billion at the moment.

It pointed out that the value of the loan will range between $3 billion and $6 billion, depending on what various sources from Egypt and the Fund said.

“Often, we’ve seen these reforms fall off the radar during good times – when portfolio flows rise, and foreign exchange reserves increase,” the report said. Now, the times are tough, not only for Egyptians but for the rest of the world as well, which means that the Egyptian authorities have lost the bargaining power and the risks are greater.”

The report recommended a “slow but planned shift” towards currency flexibility in order to mitigate the social impact of output inflation.

Fitch Solutions’ Fitch Solutions warned on Sunday that a weaker-than-expected Egyptian pound could spur inflation and increase the burden on domestic consumption, which could push growth to slow between 3.3 and 3.8 percent in 2023/2022.

On inflation, it said it would remain in double digits, which would affect domestic demand and slow investment activity.

Fitch Solutions predicted that the Central Bank of Egypt will raise interest rates by 100 basis points, stressing that the high cost of debt servicing and the slowdown in economic growth will reduce the Central Bank’s determination to tighten strong monetary policy.

It ruled out tourism revenues or tourist arrivals returning to their record level of 2018/2019 until the 2024/2023 fiscal year.

This comes days after similar forecasts by BNP Paribas predicted that the Egyptian economy will grow to 4.5 percent during the current fiscal year and inflation will reach 14.5 percent.