The bank's budget is large, close to 9 trillion euros 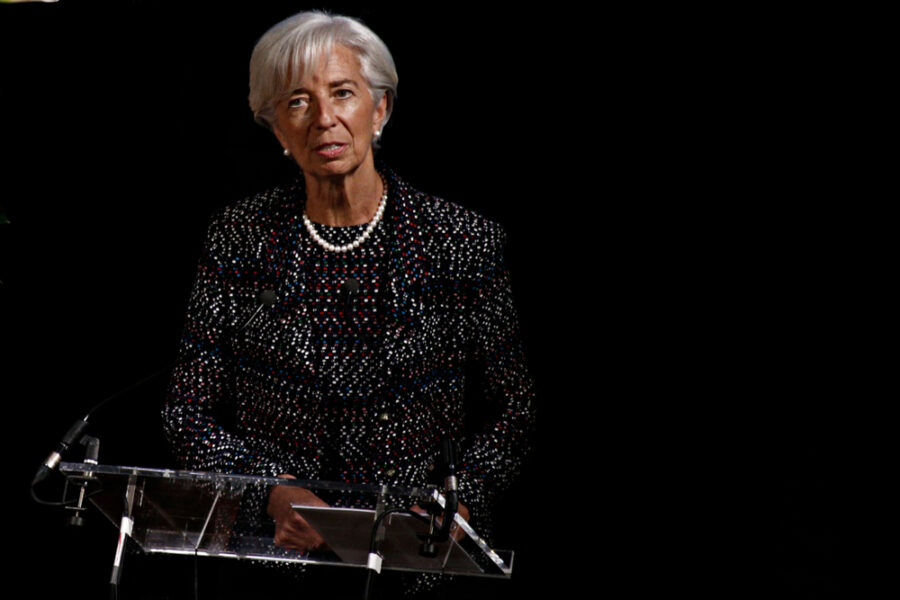 The ECB was widely expected to increase 75 basis points for the second month in a row as part of its plan to rein in ever-rising inflation. But markets were waiting for a decision on bank support, which the ECB has done today.

Unlike last September’s meeting, none of the policymakers on the ECB’s Board of Governors, which met today, was opposed to the 75-point increase, the second consecutive massive increase, and the third this year.

The ECB raised the deposit rate to 1.50 percent and the main interest rate on refinancing to 2 percent, the highest level since 2008.

Given inflationary pressures as September’s inflation rate came in at around 10 percent, analysts expect another rise of at least 50 basis points in December. The bank’s main interest rate is currently 0.75 percent.

“There appears to be a growing consensus in favor of having the deposit rate at 2 percent by the end of the year, which means a 50-basis point rise in December, with the economic outlook and inflation reassessed in early 2023,” CNBC quoted Frederik Ducrozet, head of macroeconomic research at Pictet Wealth, as quoted by CNBC.

In a statement after the meeting, the ECB expected to raise interest rates further to ensure that inflation returns in time to the 2 percent inflation target in the medium term.

It pointed out that inflation remains very high and “will remain above the target for an extended period,” and that the bank’s monetary policy is aimed at reducing support for demand and protecting against the risks of an ongoing upward shift in inflation expectations.

It decided to change the terms and conditions of the third series of targeted long-term refinancing operations or TLTROs III.

“The Board of Directors has decided to amend the interest rates applicable to TLTROs III effective November 23, 2022, and to grant banks additional voluntary early repayment dates,” it said on this point.

The ECB introduced a program known as “long-term targeted refinancing”, or TLTRO III, under which European banks are provided with attractive borrowing terms.

Through this program, cheap loans of 2.1 trillion euros have been provided to banks.

Because the ECB was raising interest rates faster than it initially expected, European lenders are now taking advantage of attractive loan rates via TLTRO III and making more money from higher interest rates.

This is a situation that many considered unacceptable because inflation rates flood households and businesses.

Markets were already prepared for this increase. It was focusing on two other policy points as the eurozone neared recession; the first related to what would happen to banks’ lending terms in the near future, and that was raised today.

The second is when the ECB will begin to solve its balance sheet dilemma, in a process known as quantitative tightening. Today, it has an estimated asset of about 9 trillion that it has accumulated following the 2011 Euro crisis and the 2020 COVID-19 outbreak.

But addressing this issue is sensitive and takes on a political character that puts pressure on countries with high debt levels. Thus, quantitative tightening is not expected to begin until late next year.