What is the Ethereum Merge?

And why is the event so important for the world’s second largest blockchain? 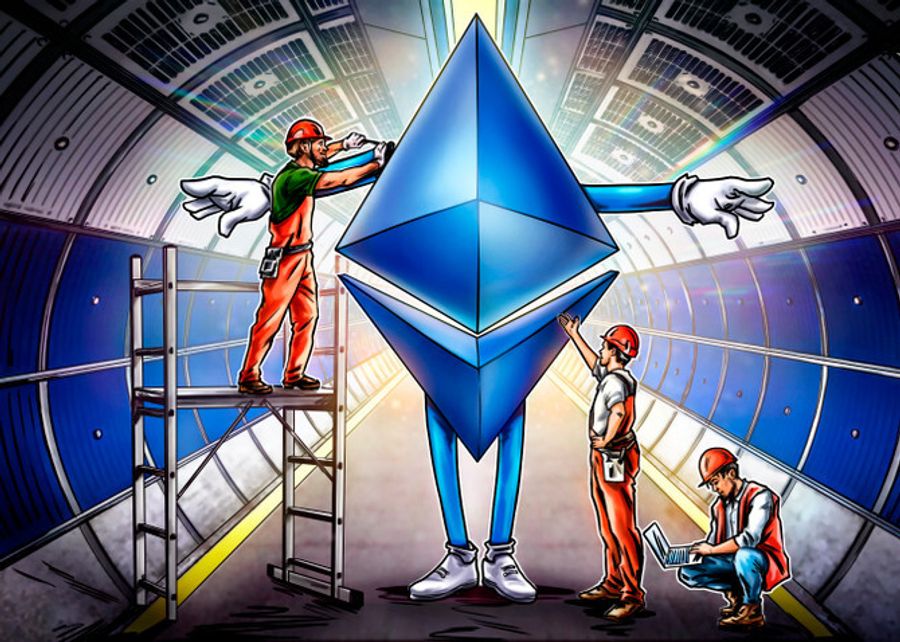 One of the world’s biggest blockchains is testing a new way to approve transactions.

Powering the decentralization economy comes at a steep cost. Blockchains don’t have a central gatekeeper, like a bank, to verify transactions. Rather many cryptos including Bitcoin, and Ethereum, use a consensus mechanism called Proof of Work (PoW) to properly maintain a time-ordered ledger of transactions.

In the PoW scheme of things, miners go against each other to solve a difficult math problem. The first miner to solve it updates the ledger by appending a new block to the chain and gets newly minted coins in return. This process however requires an enormous amount of computing power, leading to high energy costs.

According to Digiconomist, despite a serious drop in consumption recently, Ethereum uses about 69 terawatt-hours per year, which is equivalent to the power consumption of the Czech Republic. In fact, a single Ethereum transaction can consume as much power as an average US household uses in about a week.

Another major disadvantage of Ethereum’s PoW implementation is that it’s excruciatingly slow. On average, the Ethereum blockchain processes around a million transactions per day, which comes to under 15 transactions every second.

Owing to these limitations, the Ethereum blockchain plans to shift to a different consensus mechanism, called Proof of Stake (PoS).

PoS does away with miners and instead relies on validators. To become a validator, instead of power-guzzling mining farms, all you need to do is stake 32 ETH tokens, which gets you in the pool from where the blockchain randomly picks up validators from.

What’s the benefit of PoS as compared to PoW? For starters, the new scheme promises to be about 99% more power efficient, and will also enable the Ethereum blockchain to scale to process about 100,000 transactions per second!

Ethereum isn’t the first blockchain to switch to a PoS consensus mechanism. Several others like Cardano and Tezos use PoS, but their ecosystem is minuscule compared to that of Ethereum.

Ethereum has been planning to use PoS virtually since before its inception. But its founder Vitalik Buterin had dismissed the idea in the early days of the crypto, arguing that implementing such a system would be a considerable undertaking. So, Ethereum launched with PoW and set about developing a PoS mechanism.

“[We thought] it would take one year to [implement] POS … but it actually [has] taken around six years,” Buterin told Fortune in May 2021. Fast forward another year, and it appears the wait is about to end.

Ethereum’s PoS system is already being tested on the Beacon Chain, launched on December 1, 2020. The much-anticipated Merge is the combination of the main Ethereum blockchain with the Beacon Chain, which will finally switch Ethereum to the PoS mechanism.

Ethereum Foundation’s Tim Beiko projects that the Merge might take place the week of September 19, 2022.