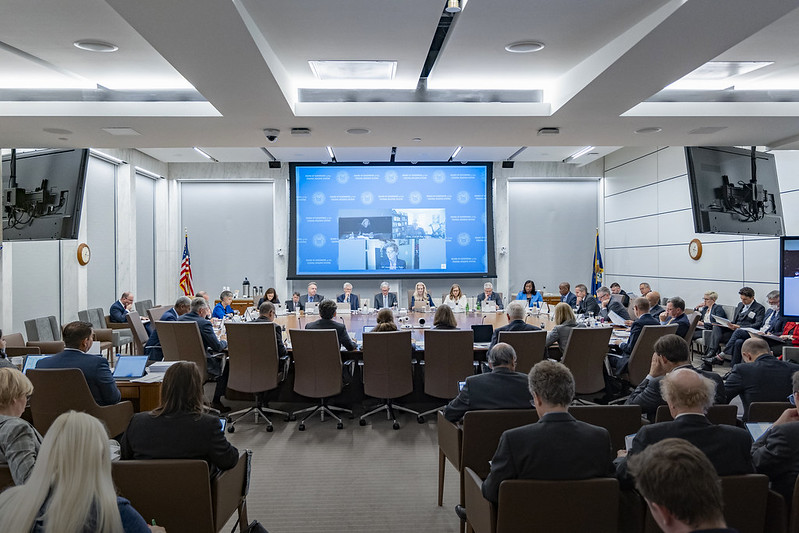 The FOMC,s previous meeting in 21 September

Federal Reserve (FED) officials were surprised by the pace of inflation and indicated at their last meeting that they expect high interest rates to remain high until prices fall, according to the minutes of the central bank’s September 21 and 22 meeting.

In the discussions that led to a 75 basis points rate hike, policymakers noted that inflation particularly affects low-income Americans.

They reiterated that the rate hike was likely to continue, and higher rates would prevail until the problem showed signs of resolution.

The meeting stated: “Participants felt that the committee needed to move to a more hawkish position, and then maintain it in order to fulfill the legislative mandate of the committee to promote maximum employment and price stability.”

The officials also noted that while inflation has shown “little sign so far of a decline …They have raised their assessment of the course of the federal funds rate that is likely to be necessary to achieve the committee’s goals.”

At the meeting, several officials offered their assessments of the trajectory of interest rate increases that they said were likely necessary to achieve the Federal Open Market Committee’s goals.

However, many participants in the discussions said it would be important to “strike a balance” between the pace of policy tightening measures and efforts to mitigate the risk of significant downside effects of that tight policy on the economic outlook.

In their comments, policymakers agreed that they believed there was an urgent need to curb inflation, even if their increasingly hawkish policy meant high unemployment.

The past weeks have marked a turning point for financial markets, which for most of this year had hoped the Federal Reserve would reverse course next year and cut interest rates in the face of slower growth and high unemployment.

But Fed officials openly rejected these hopes when they said they expected to keep interest rates rising for some time, even after the increase was completed.

Members of the Federal Open Market Committee, which sets the interest rate at the meeting, noted that the economy needs to slow down for inflation to subside. They lowered their forecasts for the economy, expecting GDP to grow at a rate of just 0.2 percent annually in 2022 and only 1.2 percent in 2023, which is well below the trend and significantly lower than 2021, which saw the strongest gains since 1984.

Projections for the end of 2022 indicate that a further increase of 75 basis points is likely to be applied in this year’s remaining central bank meetings.