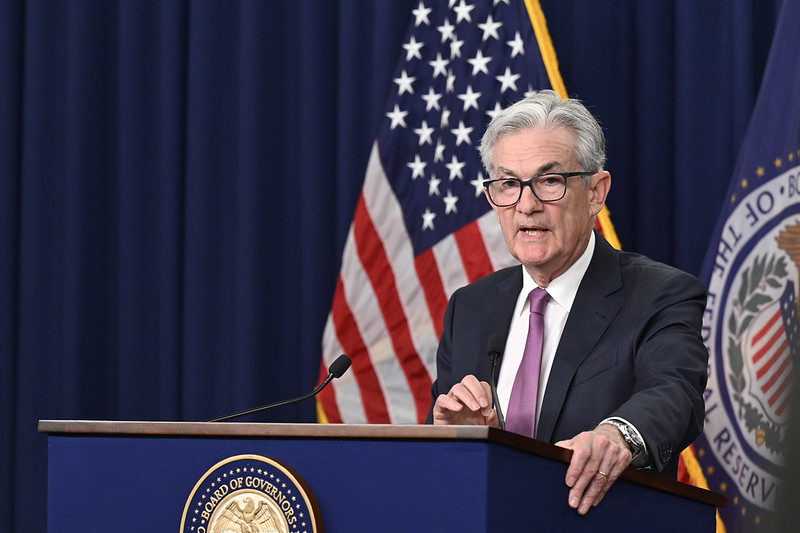 Investors’ focus shifts to the Federal Reserve’s (Fed) Federal Open Markets Committee meeting over the next two days, Wednesday and Thursday. They very much hope that the meeting will give clear signs that the Fed is considering reducing the pace of rate hikes in the future, although most forecasts are likely to approve a further 75 basis points increase at this meeting.

In the past few weeks, stocks have rebounded on “wishes” that the Federal Reserve back down from its hawkish policy of raising interest rates. But it all went off. This translated into Wall Street ending Monday’s sessions lower following a month of significant gains.

According to Reuters, the indicator “Standard and Poor’s 500” achieved nearly a 9% gain during the past two weeks. “Dow Jones” had the biggest gains on a monthly percentage in decades and had the biggest percentage rise In October/ November since at least 1900.

After the September meeting, FED Chairman Jerome Powell said that “at some point” it would be appropriate to slow down the pace of rate hikes and assess how a sharp rise in borrowing costs in 40 years would affect the economy.

Determining this point, or at least its criteria, will therefore be the subject of intense discussion at the following two days’  Federal Committee meeting.

Forecasts released at the end of the September meeting indicate that most of the 19 federal policymakers expect to be able to start slowing interest rate hikes in December and reach a policy rate peak of 4.50  percent-4.75 percent in 2023.

But economic data since that meeting has been mixed, with inflation in the United States still very high, but there are some signs of a decline such as household spending and job growth.

The FED had already raised its benchmark short-term interest rate by 300 basis points since March, including three consecutive 75 percentage point increases ahead of Wednesday’s meeting.

Michael Wilson, a strategist at Moore G.N. Stanley, a US  financial and banking services firm, believes that the end of the Federal Reserve’s campaign to raise interest rates is approaching, according to Bloomberg.

In Monday’s memo, Wilson wrote that the indicators, including the reversal of the yield curve between 10-year and three-month Treasuries,  “all support a federal turnaround sooner rather than later.”

“So this week’s Fed meeting is important on whether to continue to raise interest rates, diminish or stop this entirely.”

There will be four major events in the next few days that could shape the market outlook for the rest of the year. Until Wednesday’s Fed meeting on Thursday that will decide on the rates increase and provide hints about the way forward, the  October jobs report two days later will provide an important insight into how slow recruitment is.

On the eighth of November, midterm election results could change the party that controls US Congress. Finally, on November 10,  the Consumer Price Index, a report that played a key role in shaping the outlook for the course of the Fed’s decisions, will be released.