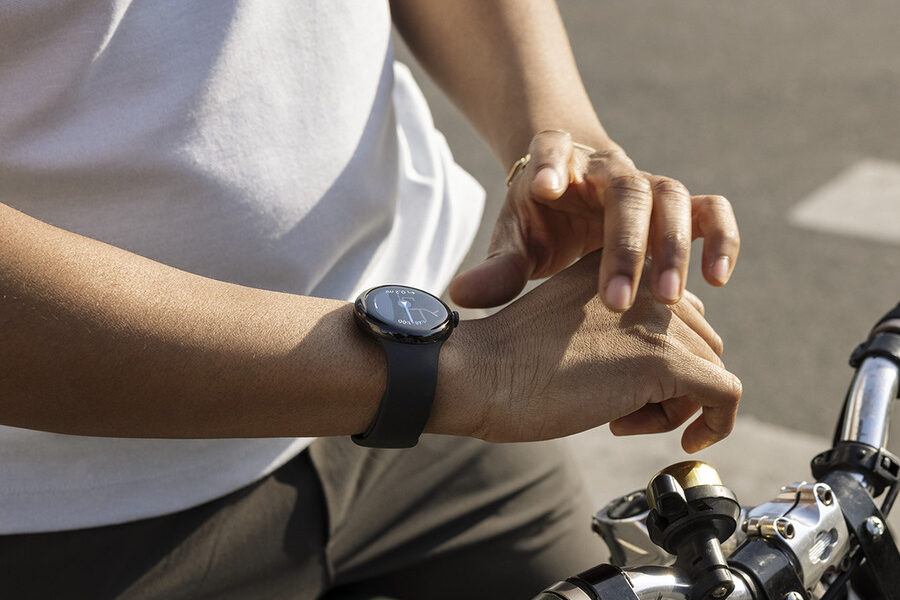 Google is set to launch on Oct. 13 its Pixel 7 and Pixel 7 Pro smartphones as well as its first smartwatch, the Pixel Watch. The gadgets were first teased at Google’s developer conference in May, but the company went into more detail about each new product at an event in New York City, including what’s new, how much they’ll cost, and when consumers can buy them.

The Pixel Watch will embed health-tracking features from Fitbit, which Google acquired for about $2.1 billion.

The Pixel Watch also comes with a six-month Fitbit premium membership. The service includes access to more than 200 workouts, offers information on how sleep and heart rate trends have changed over time, and more.

But, like the Apple Watch, it has smartwatch features, too. It runs the company’s Wear OS software, which allows users to download apps from the Google Play Store. And it ties seamlessly into Google’s products such as Wallet, Gmail, Calendar, and Google Home. The Pixel Watch only works with Android phones.

Google says the Pixel Watch can last up to 24 hours on a single charge, which is six hours longer than the Apple Watch Series 8.

The Pixel Watch starts at $349.99 for Bluetooth and WiFi and $399.99 for 4G LTE. Like Apple’s Series 8, it has Emergency SOS. The company says it will add fall detection later this year.

The Pixel 7 ($599) and Pixel 7 Pro ($899) are the first phones to use Google’s new Tensor G2 chip. It demonstrates that Google is still developing its own chips rather than relying on Qualcomm chips, which it abandoned last year when it released the Pixel 6 and Pixel 6 Pro. The Tensor processor enables features that Google claims it would be unable to provide otherwise, such as enhanced camera functions, on-device translation, and others.

Google claims that the Pixel 7’s 6.3-inch screen is 25% brighter than last year’s model, allowing for better outdoor visibility. It will be available with 128GB and 256GB of storage, which should be enough for most people, though those who require more space to save large files like videos should consider the Pixel 7 Pro, which comes with up to 512GB of storage.

Google also claimed to have improved the camera as it bumped the resolution of the back camera up to 50 megapixels, which should offer sharper images than last year’s phones. And, despite the cheaper price, the Pixel 7 has the same front-facing, main and ultrawide sensors as the more expensive model, but doesn’t have the added zoom lens on the back.