How does the Fed read the jobs report? 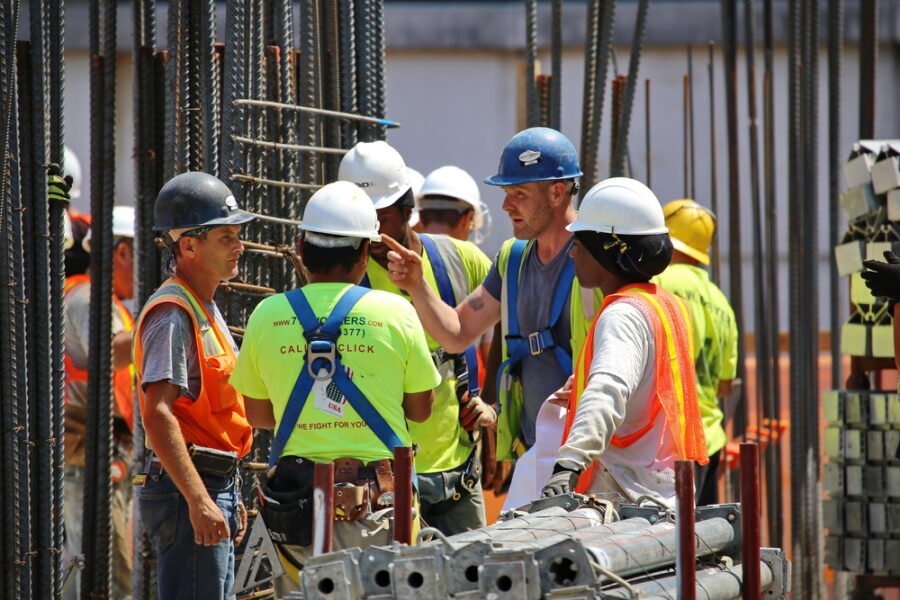 Job growth in the US is still high… This is good news for Americans who face high prices for everything, but it is not so for the Federal Reserve, which is struggling to stop high inflation rates that have reached their highest levels in over 40 years.

On Friday, the US Labor Department announced in its closely watched monthly report that the number of jobs grew by 315,000 jobs in August, even though US employers slowed the pace of hiring. However, unemployment rates rose again.

Labor Department figures show that the labor market remains solid. It is true that job growth slowed down in August from the previous month (526,000 jobs), but it still represents a strong pace of growth. In contrast, rising interest rates and fear of a possible recession are causing companies to back away from hiring.

The unemployment rate rose to 3.7 percent from a half-century low of 3.5 percent in July. The rise came alongside a significant increase in the size of the labor force (it jumped to 62.4 percent last month) – a sign that rising wages, an abundance of jobs, and the pandemic are pushing more people to look for jobs.

For months, economists have been saying job growth is likely to slow as the economy unwinds from last year’s boom, with rising borrowing costs making it difficult for companies to expand. Instead, the labor market has remained very sharp even as other parts of the economy have turned sharply lower.

The data showed wages continued to rise in August. The average hourly wage rose an additional 10 cents, or 0.3 percent, to $32.26. Over the past 12 months, workers’ wages have increased by 5.2 percent.

The Federal Reserve is not happy about that. In order to fight inflation, there is a need to slow down the pace of economic growth.

But wages do the opposite. Raising wages causes companies to pass on higher labor costs to consumers, which in turn means more price increases.

This inflationary spiral is what the Fed wants to “crush”. From here, it is possible to understand the special attention it attaches to the question of wage growth. If the pace of growth in this item continues to accelerate, then the US Central Bank will have more arguments to raise interest rates aggressively.

Many US analysts see wages as the dominant driver of future inflation, and that the only way to reach the Federal Reserve’s 2 percent inflation target is to see a slowdown in wage growth.

Federal Reserve Chairman Jerome Powell cited labor market strength as a reason for concern about inflation in his speech at Jackson Hole last week. “The labor market is particularly strong, but it is clearly unbalanced, with the demand for workers significantly exceeding the supply of available workers,” he said.

After the Fed’s last meeting in July, where the central bank raised interest rates by 75 basis points, Powell told CNN that he was closely watching wage growth. His ultimate goal, he said, was to reduce inflation and achieve “a decline that does not require a significant increase in unemployment.”

In summary, prior to last week’s jobs report, expectations were that the Federal Reserve would raise interest rates by 75 basis points at its next meeting. However, after publishing the report, investors eased their expectations regarding the size of the interest rate increase that the Federal Reserve will choose at its meeting on the twentieth of this month, which previously said that its decisions will be based on the development of economic data.