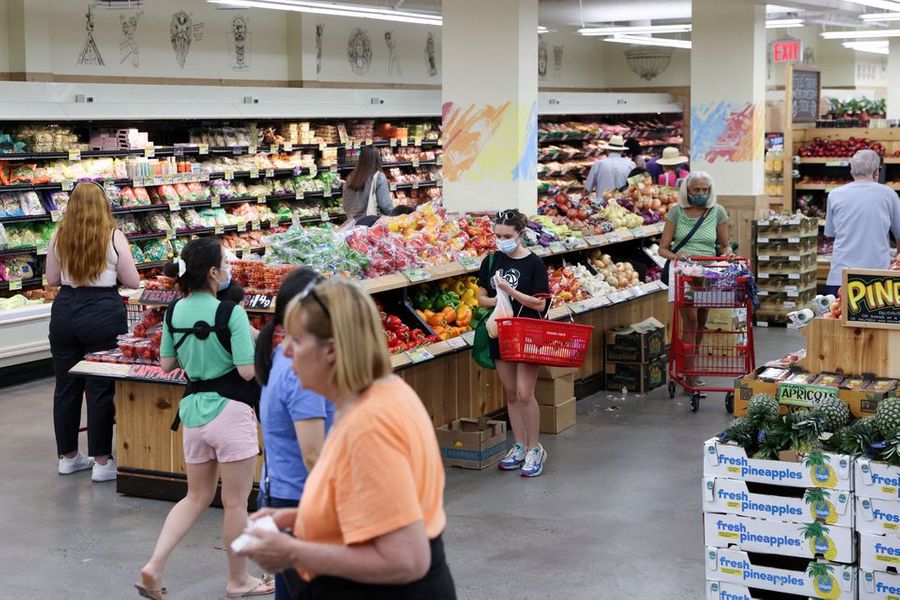 People shop in a supermarket

The Fund announced today, in Washington, that the global economy will grow at a slower pace than expected due to the Ukraine conflict and the persistence of high inflation.

“The world’s three largest economies are slowing, with significant implications for the global economy. Inflation is a major source of concern,” it said.

“Growth is expected to slow from 6.1 percent last year to 3.2 percent this year and 2.9 percent next year, a decrease of 0.4 and 0.7 percentage points from April. This reflects the slowing of growth in the world’s three largest economies – the United States, China, and the eurozone – with significant global implications,” it added.

Lower household purchasing power and tighter monetary policy in the United States will reduce growth to 2.3 percent this year and 1 percent next year.

Additional restrictions and a worsening property crisis in China have slowed growth to 3.3 percent this year, the slowest in more than four decades, excluding the pandemic.

Growth in the eurozone has been revised down to 2.6 percent this year and 1.2 percent in 2023, reflecting the aftermath of the Ukraine conflict and tightening monetary policy.

Despite the slowdown in activity, the Fund raised its forecast for global inflation, owing in part to higher food and energy prices.

According to the Fund, inflation this year is expected to reach 6.6 percent in advanced economies and 9.5 percent in emerging market and developing economies this year, representing upward revisions of 0.9 and 0.8 percentage points, respectively. It is forecasted to remain elevated for an extended period of time. In many economies, inflation has also widened, reflecting the impact of cost pressures from disrupted supply chains and historically tight labor markets.

Because of the following factors, the Fund believes that the risks to the outlook are heavily skewed to the downside: