Will the “Fed” surprise with higher rates increase than expected?

Barclays is talking about 75 basis points 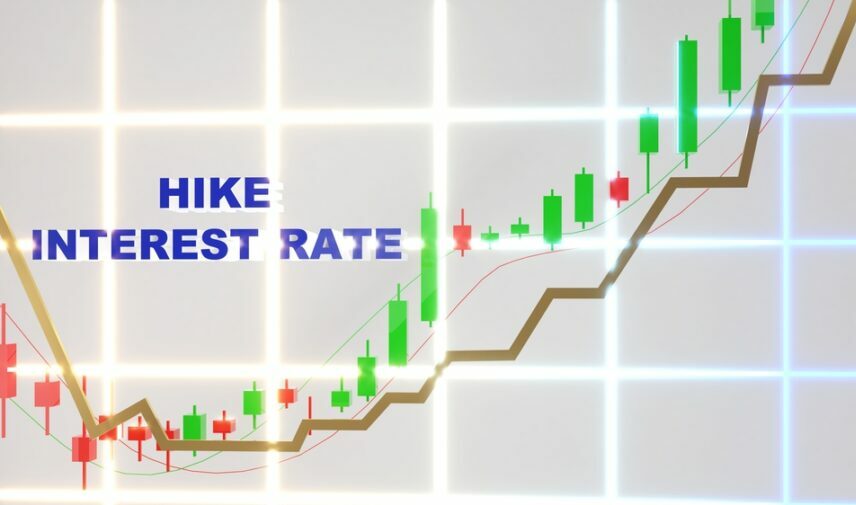 Everyone is awaiting what Federal Reserve (FED) Chairman Jerome Powell will say at his press conference on Wednesday after the two-day meeting of the Federal Reserve’s Open Committee, which will surely decide on a new rate hike.

The Fed was widely expected to raise the target rate for the federal funds rate by half a percentage point. But the hot May inflation data has left markets nervous about whether monetary policymakers may be more aggressive in the number of rate hikes or decide on a faster pace of rate hikes going forward.

For example, Barclays Bank expected the Federal Reserve to raise interest rates by 75 basis points at the current June 14-15 meeting, or that the US Central Bank would take this step at its next meeting in July.

Some Barclays economists argue in a research note published by Bloomberg that “the Fed now has good reason to surprise the markets and raise rates more aggressively than expected in June. But we are changing our expectations for a 75 basis point rate hike on June 15.”

Inflation may accelerate the pace of increases

The rate hike forecast follows the US Labor Department’s Friday release of May inflation figures, which showed the consumer price index accelerated to a 40-year high.

These data, which showed that inflation reached 8.6 percent from 8.3 percent in April, exceeded expectations. It represents a major challenge for US President Joe Biden, who heads to the midterm elections next November.

Inflation has been at this level as a result of much higher prices for everything from airline tickets to restaurant meals to new and used cars. These price hikes have also led to a rise in so-called core inflation, a measure that excludes the volatility of food and energy prices.

The data highlights concerns that inflation is spreading far beyond energy and commodities with higher prices due to blockages in supply chains and the Russia-Ukrainian war.

The pressure on the Federal Reserve to raise interest rates faster, which means more expensive loans to consumers and businesses, will also increase the risks of a recession.

What increases pressure on the Federal Reserve to increase interest rates more aggressively is the rush of investors to buy the dollar after the inflation figures were announced.

The announced inflation figures caused the yields of treasury bills to rise to their highest levels in years, and the inversion of the yield curve of the various maturities of US treasury bonds. The yield on 5-year bonds rose to its highest level in more than a decade, surpassing its 30-year counterparts for the first time in a month.

The Standard & Poor’s weekly report issued on June 10 says that “after the release of US CPI data, the FOMC meeting will be the highlight of the week.” He notes that market sentiment “remains weak for the time being amid concerns about stubborn inflation and the impact of higher prices on growth, with recent US PMI data indicating slowing business activity amid rising prices and declining demand.”

“While a 50 basis point rise appears to be the missing conclusion at this point, the Fed’s rhetoric and expectations will be eagerly followed for indications about the path ahead, and the impact it will have on growth expectations,” he added.

Between 50 basis points and 75

Similar to Barclays, the inflation data has fueled debate among economists and analysts about whether the Federal Reserve will consider raising interest rates by 75 basis points or 50 basis points at its meeting this week.

While JPMorgan economists expect Federal Reserve officials to provide new rate forecasts that reflect a faster pace of policy tightening, they still saw a half-point increase Wednesday. They expect the Fed’s median forecast for interest rates to show the federal funds rate at 2.625 percent at the end of the year, well above expectations of 1.875 percent in March.

But will raising interest rates contribute to solving the inflation problem? A question that was negatively answered by the Nobel Prize-winning economist Joseph Stiglitz, when he said in a statement on the sidelines of the Davos Forum that “raising interest rates will not produce more food. It will make it more difficult because you will not be able to make investments.”