“We will not let this high inflation create a permanent problem.” 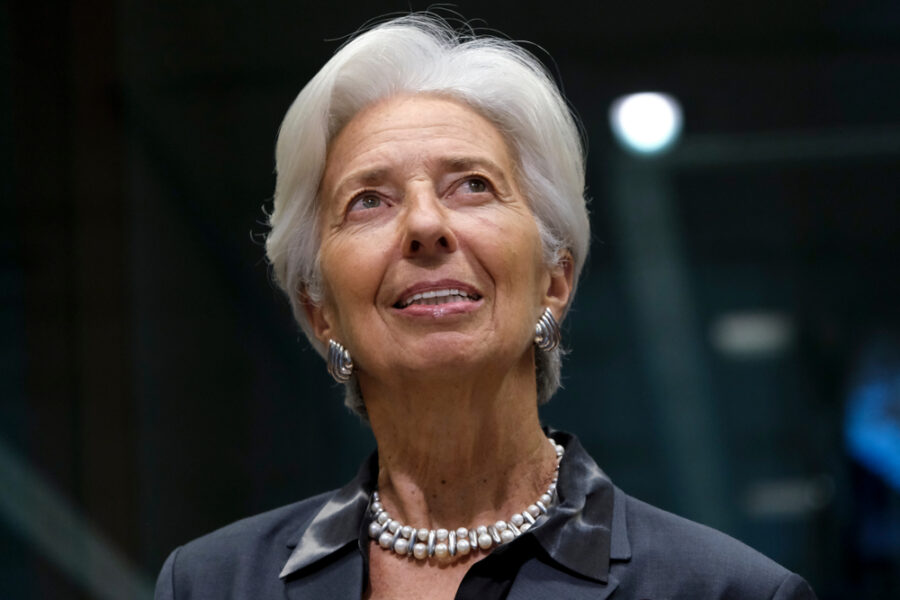 European Central Bank (ECB) President Christine Lagarde announced that interest rates will rise in the coming months even after central bank officials made what she called “the fastest rate change in our history”, referring to the significant increase in interest rates for the euro area in recent months.

On the 8th of September, the ECB announced an unprecedented hike in interest rates, amounting to 75 basis points, to curb inflation, despite the increasing possibilities of the European bloc entering a recession, at a time when it lost vital Russian supplies of natural gas.

The inflation rate in the euro area in August reached a record level of 9.1 percent as a result of a significant rise in energy prices due to the Russian-Ukrainian war.

“We are taking big steps on the way towards normalizing our monetary policy and increasing interest rates… We expect to raise rates again in the next several meetings,” Bloomberg quoted Lagarde as saying in a speech in Frankfurt on Tuesday.

She pointed out that the double shocks led to consumer prices rising “much higher and more consistent” than expected, adding, “We will not let this high inflation fuel economic behavior and create a permanent inflation problem.”

There is a great debate among ECB officials regarding the next steps after the recent Federal Reserve decision to increase US interest rates by 75 basis points again.

While there is agreement among officials on the need to tighten monetary policy in order to control the record inflation rate, there is disagreement over the pace of interest rate increases, in light of high energy prices and the prospect of a European recession.

Lagarde said Friday that the bank “absolutely” wants to avoid high inflation putting excessive pressure on wages and that recent interest rate increases should signal the bank’s determination to bring inflation down to its target. But at the same time, she pointed out that European governments should ensure that the aid packages they provide to face the crisis of high energy prices do not lead to a rise in the inflation rate so that the Central Bank’s actions succeed in controlling inflation.

And ECB Vice President Luis de Jindos said, on Friday, that the bank will have to raise the main interest rate further during the coming period, to face inflation. He said in an interview with the Portuguese weekly newspaper “Expresso” that “the economic slowdown will not treat inflation by itself, (but that) it must continue to normalize fiscal policy, which is something that everyone should understand.”

Francois Villeroy de Galle, a member of the ECB’s Board of Governors, said in a statement last week that the bank should focus on increasing interest rates to approach 2 percent by the end of this year, before considering any new rate hike after that.

Villeroy de Gall, the French central bank governor, added that the ECB must be “decisive and orderly” in reaching the so-called neutral rate, a level that neither stimulates nor slows down the economy. He believed that it was too early to know the final level that can be reached in terms of interest rates.

“In the euro area, the neutral rate could be less than or close to 2 percent in nominal terms, and we could reach it by the end of the year… It is normal to reach this level. But the rate can be increased further if necessary,” he said.

“Inflation has crossed the inflection point, affecting consumption and investment capabilities and disrupting financial planning,” said Klaas Knott, who is also a member of the ECB’s Board of Governors.

“In response, the European Central Bank agreed to raise interest rates in order to calm business circles and control inflation expectations,” he added, in statements during a conference reported by “Bloomberg” news agency.

The ECB’s Governing Council is expected to decide at its meeting next month to raise rates by 75 basis points.