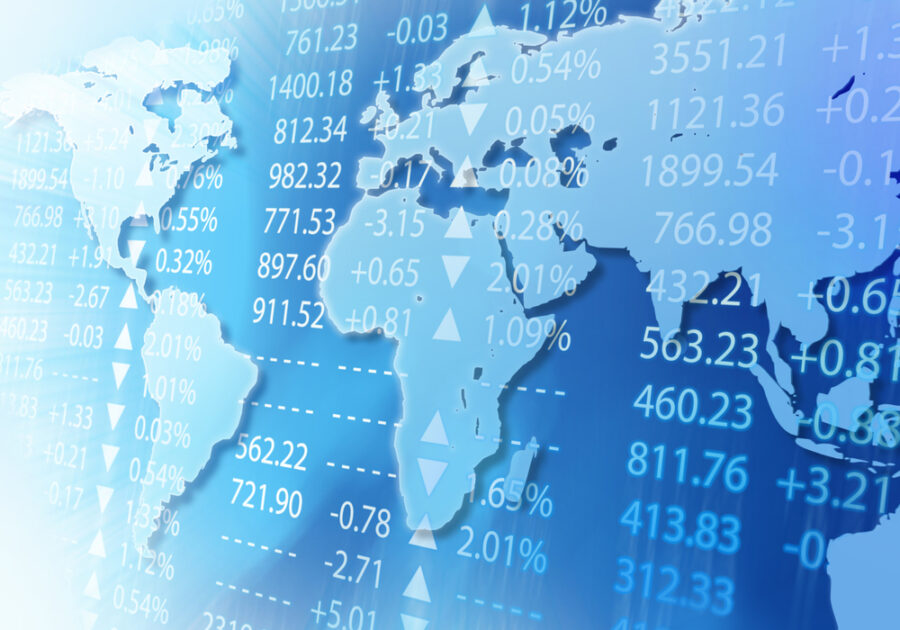 As per the weekly report released by the Arab Federation of Capital Markets, US Treasury yields moved higher over the previous week, to exceed 2%, with investors evaluating safe-haven assets amid the escalated geopolitical tensions between Russia and Ukraine.

In parallel, oil prices ended higher on Friday at fresh seven-year highs, as escalating fears of an invasion of Ukraine by Russia, a top energy producer, added to concerns over tight global crude supplies.

The yield on the 10-year Treasury note jumped 12 basis points to about 2.05%, the first time that the benchmark rate reached 2% since August 2019.

In fact, the consumer price index, which measures the costs of dozens of everyday consumer goods, rose 7.5% compared to a year ago. That compared to Dow Jones estimates of 7.2% for the closely watched inflation gauge, marking the biggest annual increase in inflation in 40 years.

As such, the US dollar jumped to a five-week high of 116.34 yen. The greenback oscillated against other currencies before turning broadly firmer. The euro was last down 0.2% at $ 1.14 and the Australian and New Zealand dollars each dropped about 0.3%.

In parallel, Asian share markets fell on Friday, as MSCI’s broadest index of Asia-Pacific shares outside Japan dropped 0.76%, with most markets in the red, though a resurgence in property stocks helped greater China markets.

Oil prices surged to their highest in more than seven years as Ukraine’s President said he had heard that Russia could invade the country last Wednesday.

Russia is one of the world’s largest oil-and-gas producers, and fears that it could invade Ukraine have driven the rally in oil closer to the $100 per barrel mark. In fact, oil prices jumped on Wednesday, after OPEC+ stuck to its planned output increase despite pressure from top consumers to raise production more quickly.

In addition, oil prices rose on Friday after the International Energy Agency (IEA) said oil markets were tight but were still heading for weekly losses on inflation worries.

Gold prices at their highest in 2 months

Gold prices jumped last Friday to a near two-month peak as concerns over surging inflation and escalating tensions between Russia and Ukraine lifted demand for the safe-haven metal. Spot gold rose to $1,855 per ounce, its highest level since Nov. 19.